Photos and videos of our amazing 2D residents

The birds get insulation for new nests in the spring, and the deer get grooming to help them shed their winter fur - everyone wins.

"One day the absurdity of the almost universal human belief in the slavery of other animals will become obvious.
Then we will have discovered our souls and become worthy of sharing this planet with them."
Martin Luther King

This morning again, there were the 5 babies but this evening there are only 4, no trace of the smallest one, was he unwell?
Yesterday, I had noticed that one of the parents gave him pecks, that had worried me but what to do...
Sorry for the bad news which saddens me...

FOTCM Member
Today I stumbled upon this. The sign means ''beware of the chicken''. And then there was actually a chicken. 😂🤗

It remains only 3 small ones out of 5, I had noticed yesterday evening that it was not in form... This morning, he is no more...
Sorry for the sad news...

When in 1934 a German fur farmer released three raccoons into the surroundings they were pretty unknown and exotic there. Other incidents followed and when in 1945 a bomb hit near a raccoon compound east of Berlin hundreds of these rascals got on their way to become a very successful invasive species.

In Germany there are no natural predators waiting for them except for some stray dogs and forest hunters and even newly introduced wolf packs in the large forest areas south of Berlin will not do them much harm because the raccoons are well under way relocating into towns and cities.

House owners beware! They are getting into your chimneys, they are rearranging the tiles on your roof, they are opening windows, they are roughing up your cat...

Be sure to lock up your garbage cans. 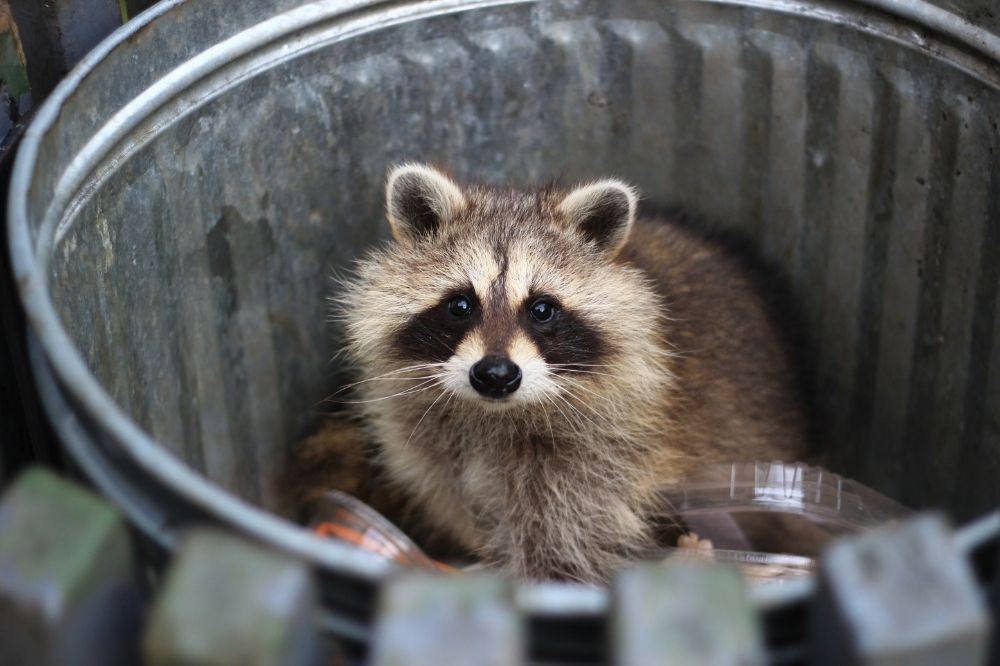 Like any other city dweller they are attracted to restaurants especially their leftovers.

There are an estimated 400 raccoon families living in Berlin.

Here is one of the critters right across the Bundestag German parliament.

It may be demonstrating for its rights...

FOTCM Member
Here's a few photos of birds taken recently along a river in Wales. A friend took the snaps - I did the hard work of spotting them

Nest of sandpiper under dock plant.