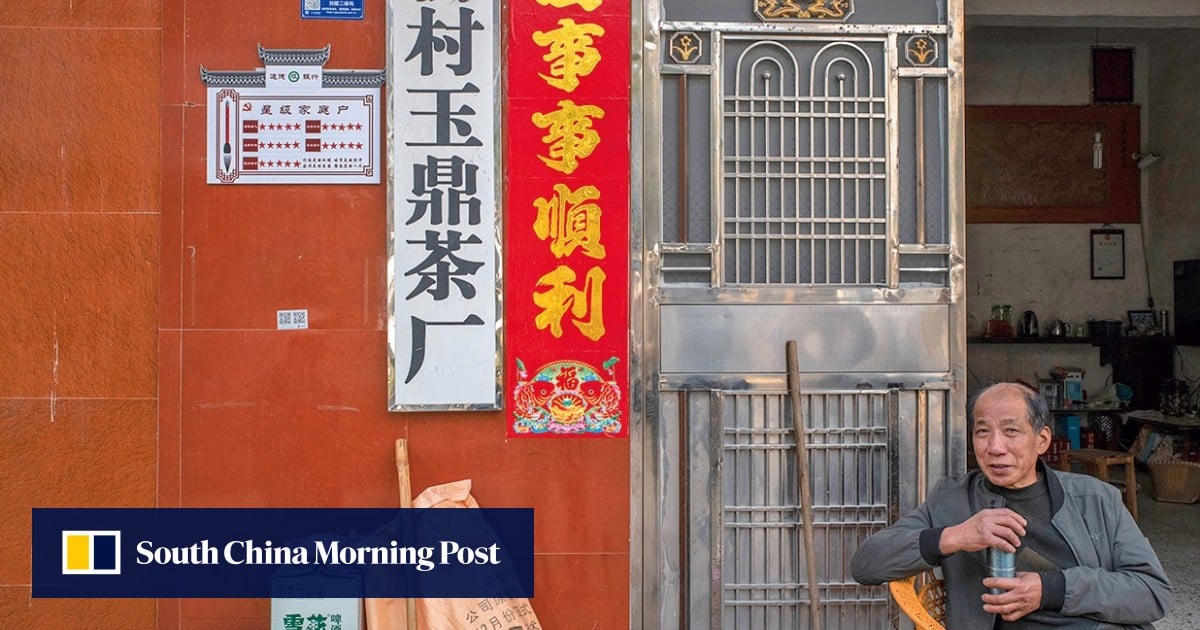 Set to be rolled out by next year, the big data-driven scheme is the nation’s most ambitious project in social engineering since the Cultural Revolution. Whether it eventually creates an Orwellian dystopia, or an honest, harmonious society, as intended, remains to be seen.

www.scmp.com
Published: 2:00pm, 2 Jun, 2019
Sleepy Yangqiao village sits among tea bushes and pomegranate trees in eastern Zhejiang province. It is also at the forefront of China’s most ambitious social-engineering project since the Cultural Revolution, which spanned 10 years from 1966.

Posted by every front door in Yangqiao is a sign ranking the household on a scale of one to five stars for courtyard tidiness, observance of laws, recycling and rubbish disposal, financial credit and “family values”. These ratings feed into a score assigned to each resident – from 0 to 100 points – available via a digital dashboard in the village hall, where people can report themselves and their neighbours for “good” deeds (ardent dedication to your job earns three points) or “bad” ones (littering in the river docks incurs the loss of five points).

Villagers with better scores can enjoy perks such as free soap, napkins and more credit with lower interest rates. Soon, those with lower scores will be named and shamed on a blacklist posted on a community bulletin board.

Yangqiao, a community of 1,200, is an unlikely pioneer of the government’s social credit system, first envisioned in the 1990s. Blending Western-style financial credit scores with broader measures, the approach aims to regulate the behaviour of companies and individuals. Citizens who conduct themselves in the approved manner can benefit from on-the-spot loans and better job prospects. Those found guilty of infractions can find themselves blacklisted and denied high-speed train tickets or denounced in public. 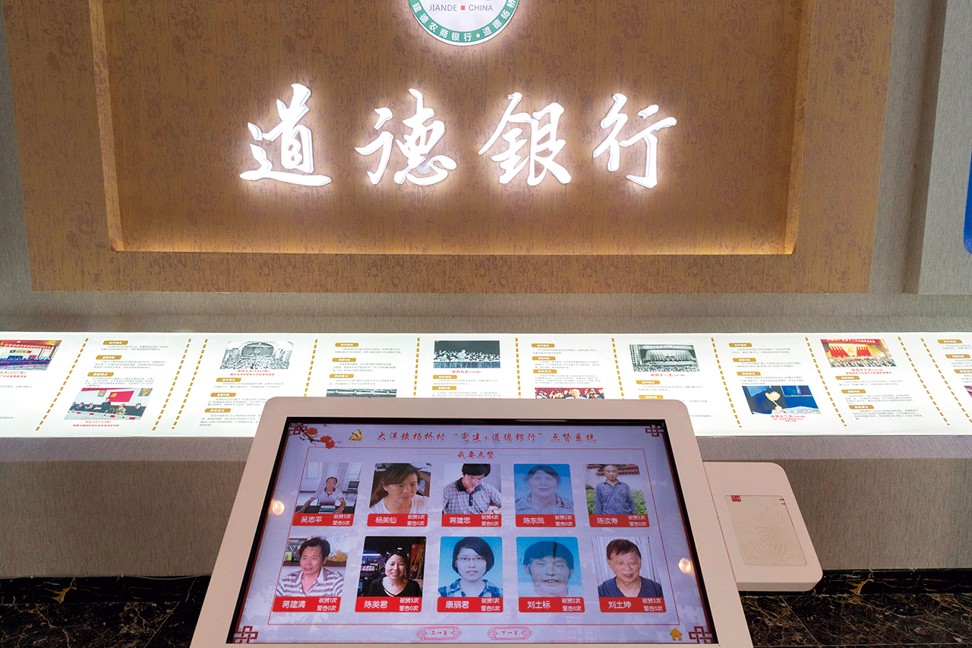 The social credit scores of villagers in Yangqiao. Photo: Gilles Sabrié for The Daily Telegraph Magazine

China is deploying the apparatus to engineer a society that, as the propaganda puts it, will “allow the trustworthy to roam everywhere under heaven while making it hard for the discredited to take a single step”. But is this, as some believe, the beginnings of a digitally organised police state in which those who fail to conform find their rights and freedoms severely curtailed?

On a recent Monday afternoon, two officials in Yangqiao’s village hall scurry around trying to start up the computer system that stores the village’s social credit database. Once it flashes on, the touch screen allows users granted access by the government to view records for every villager, displaying information such as annual salary, number of cars owned and size of property – as well as a unique social credit score. In time, the score will incorporate many factors – practising banned spiritual movement Falun Gong, or being late on a loan payment will mean losing five points; visiting elderly parents or taking them to the doctor will earn you six. A household’s star ratings will also have an impact. (It is unclear whether children will be scored; theoretically, those over the age of 13 can be held responsible for criminal actions and could, therefore, be blacklisted.)
M

FOTCM Member
" But is this, as some believe, the beginnings of a digitally organised police state in which those who fail to conform find their rights and freedoms severely curtailed? "

Indeed. Because of its communist/capitalist system and where social order takes precedence over the individual, these abusive and authoritarian policies will be implemented without any problem, while in the West - despite its failures - Civil Society organizes itself to avoid more measures that go against its rights, keep in mind that not everything that shines in China is Gold.

Joe said:
Now where have I heard this predicted....Seems that this is the setup, all we need now is another REAL financial collapse to push it through early.
Click to expand...

Oh yes. Now that we're seeing the pieces fall so rapidly into place, it's hard to believe it took this long.

This deals more with the "mark" than cashless society:

Q: (L) "Compels all alike, both small and great, rich and poor, free and slave, to be marked with an inscription on their right hand or on their foreheads...." What is this inscription?

Q: (L) Is this going to be actually physically put on our bodies?

Q: (L) How? Is that what the aliens do when they abduct people?

Q: (L) By what technical means?

A: Electronic encoding. A series of numbers.

Q: (L) Are they going to put these on our skins or imbed them in the skin on our heads or hand...?

Q: (L) Does that mean that you will have to place your hand on an electronic scanner in order to conduct any type of monetary transaction?

ID2020 is self-described as a benign alliance of “public-private partners”. Essentially, it is an electronic ID platform based on generalized vaccination. And its starts at birth; newborns will be provided with a “portable and persistent biometrically-linked digital identity".
Click to expand...