FOTCM Member
https://twitter.com/i/web/status/1494264738385174532
storm in #Hamburg ! During the swell on the #Elbe a wave suddenly smashes the windows of the harbor ferry. According to initial information, no one was injured. @Hadag_info @FeuerwehrHH #Sturm #Orkan #Ylenia

FOTCM Member
A strong Tornado developed near Gilmore City Iowa on April 12 2022 causing damage as it ravaged the landscape.


Tornado Crosses Road 100 Yards Away - April 12, 2022
Two beautiful tornadoes touch down between Palmer, Iowa and Rutland, Iowa, the second of which we got very close to.

There was a follow up video posted by a local school's surveillance cameras, insane footage. That car at minute 2:08.... geez! 😮

In the municipality of Trstenik, the camera caught the "dust devil"

A not so typical video was made near Trstenik today. From the moving vehicle, the so-called dust devil was spoted.

- A little while ago, across the Morava in Ugljarevo, the so-called dust devil, a type of micro-vortex - it is stated in the description of the post on Facebook.

As meteorologist Djordje Djuric explained to the Telegraph, this is a phenomenon that is called "dust devil".

- A rare occurrence, but not uncommon. It occurs most often in the summer part of the year, when the weather is calm, when there are no stronger winds - Đurić told us.

As he adds, it is caused by a pronounced temperature difference in a small area.

- It occurs mainly where there is dust, in the fields ... That is why it is rare to see it in the city, where there is concrete - he says, noting that this phenomenon is not related to a certain geographical area.

Although he associates it with a tornado, Đurić notes that they cannot be compared, and that the "dust devil" is not dangerous.

- It has nothing to do with the tornado. It arises from the ground to the height, and not the other way around as the tornado goes - he describes.

By the way, the phenomenon is characteristic of desert and semi-arid areas, where, he says, they are much more developed. Hence, he explains, the name. It is common in Australia and the Sahara.
Click to expand...

XPan said:
Oh, those are beautiful !!

I have seen them several times in Stockholm, too (I might even have photos of them, but have to dig deep into my archive first) They are also called "False Northern Lights". I remember one time, when I drove the subway in Stockholm, one driver was calling the Traffic Central (TLC) over the radio reporting "there are northern lights in the sky"- but those were false Northern Lights

you need special meteorological conditions for those to occur. e.g. no winds and special shaped ice crystals.

Another time I remember a winter night, putting the train into the depot, and started to walk home - the strong glare of the lights within the depot, made "a trillion miniature crystals", mini light sparkles everywhere in the air. It felt like walking through fairy dust hovering everywhere. I have only seen this a few times in the past 20 years - and it is truly enchanting, almost surreal to experience.

It took ages... to find them. But at least, I found (preliminary) two images of "ice pillars" or "false Aurora" in my archive of photos (which are 419.000 images). The interesting thing is, that I can for the first time in my life, search/browse/access them "all at once" - like one giant archive, instead of searching among (too) many fragmented archives. This makes browsing much easier - but still lengthy (for example when I wish to find a particular image)

There might be a few more images of "ice pillars", but I have not found them yet. In the mean time, here are two - albeit not as pretty as the ones shown in @Meg's video from Russia. The last photo, was a longtime exposure while I was driving the subway, which turned into a sort of moving light impression.

Officially, today, doing photography, while driving the subway in Stockholm, is entirely forbidden. But the images from 2006, are from a time which was more balanced, when we didn't have such stringent rules for every little thing.

https://twitter.com/i/web/status/1533690783592767489
There's a lot coming down ! #Murgang yesterday afternoon on #Illgraben in #Wallis . Impressive, but it happens again and again. Thanks for the #SRFMeteoVideo Sam Kramer ^jz

FOTCM Member
Millions of morocco locusts flooded roads and agricultural areas at the foot of mountain Svilaja: "Swarms on the wall, all black ...", "This is a disaster"

Here are news unfortunately in Croatian but they say it is a common species in Mediterranean but this kind of swarming hasn’t been seen for 100 years, they say in a video in a link below. The villagers have a lot of damage on their crops. 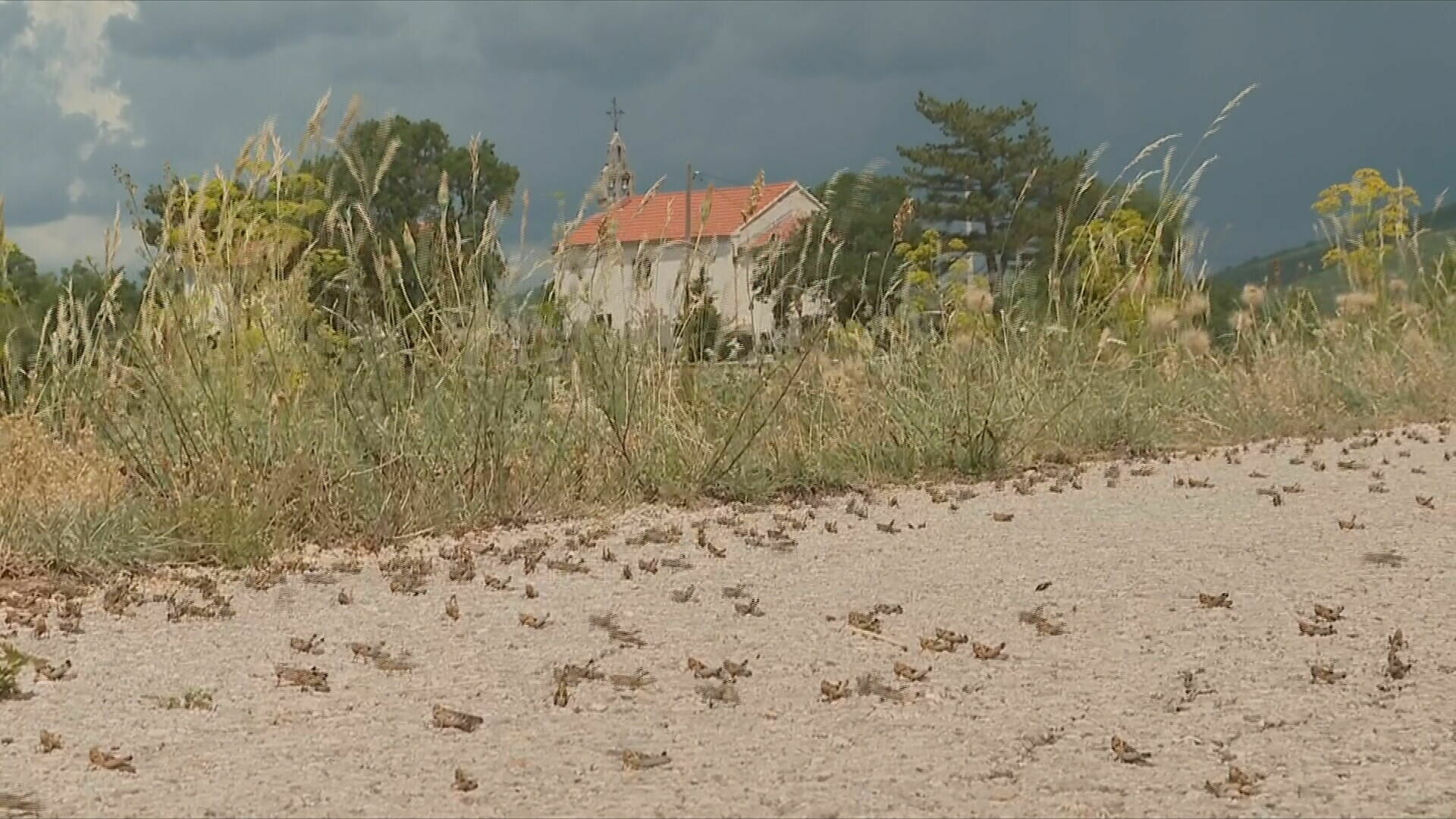