pecha said:
I have a feeling that Trump is in the know about an upcoming ice age.
Click to expand...

There is an article up on SOTT about it:

'It will start getting cooler, you just watch,' Trump tells California official who tied climate change to raging wildfires
N

Meteorologists have run out of names for cyclones (storms and hurricanes) in the Atlantic. 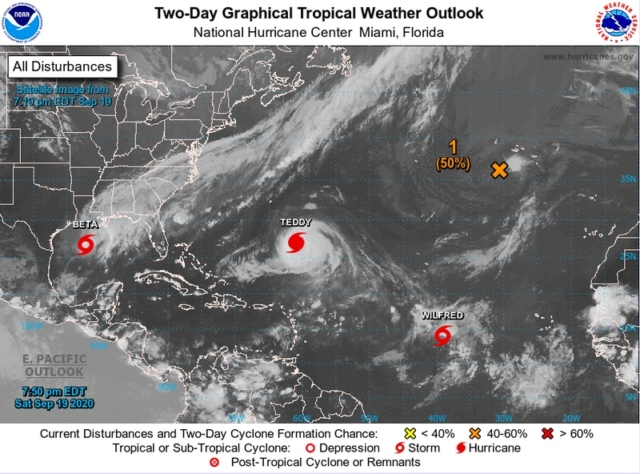 Southeast of Cape Verde, the 21st storm of the season formed, which was given the last name on the list - "Wilfred".
Storms are now given names based on the letters of the Greek alphabet (Alpha, Beta, Gamma, Delta, etc.). The 22nd and 23rd cyclones have already received the names "Alpha" (in Portugal) and "Beta" (in the Gulf of Mexico).
This happens only for the second time in history, the first was in 2005, when 6 letters of the Greek alphabet were used.
WMO uses 6 lists of male and female names, which are in alphabetical order. If a storm brings severe destruction, then its name is no longer used. Name lists include 21 letters, not 26, since it is difficult to choose 6 names for 6 lists that start with the Latin letters Q, U, X, Y and Z. Names meet certain conditions - they are recognizable, there is also a balance between English, Spanish and French names.
At the same time, the name by the letter of the Greek alphabet is not excluded from the list in the event of especially destructive consequences, since they are not used often enough.

P.S. Thus, in this 2020 we ALREADY have 23 cyclones and before the 2005 "record" (Hurricane Katrina was this year), there are very few cyclones of 27.
Wikipedia gives graphs according to which the peak of cyclones occurs in September-October. The most unpleasant months are yet to come.