https://www.nzherald.co.nz/nz/news/article.cfm?c_id=1&objectid=12201343 said:
Experts baffled by mysterious creature discovered in Kiwi's kitchen
An Auckland man and experts have been left baffled after his mother discovered alien-like looking creatures on her kitchen floor.
On Facebook Tim Clerke shared a video on Facebook of the bizarre creatures on his mum's hands, asking if people knew what they were.
"My mother found these on the kitchen floor this morning," he wrote.
"One is still alive. Anyone know what they are? Nikki is horrified and will have nightmares for weeks!"
Many of Facebook speculated what the creatures could be, while others were freaked out by the video.
"Those are miniature bats. Duh," one person wrote.
"I was thinking more alien," Clerke replied.
Another guessed: "Ew gross mutant mice??"
"Arghh, they're horrible!! Kind of stingray-like," another suggested.
"What the ...!!!! That is like a horror movie!", one person said in disbelief.
Despite the video having over 3000 views, Facebook users could not identify what the animals were, even experts couldn't come to a conclusive decision.
Experts contacted by Yahoo7 News at University of Sydney and the Australian Museum could not identify the creature, however experts in New Zealand had differing opinions.
The Biosecurity New Zealand entomology team suggested the video showed the detached legs of a moth.

"They suggest that something [possibly a cat] had just recently eaten the body of the moth, which may explain why a few of the legs were still twitching," a spokesperson told Yahoo!7.
However, the Department of Conservation has other ideas.
Eric Edwards who is an insect expert, said it was possible the unknown specimens could be a rat-tailed maggots but he wasn't entirely sure.
The true identity of the animals is yet to be confirmed.
Click to expand...

FOTCM Member
Don't know, seems more like some device than natural to me

Window Fallers? If so, not very impressive....maybe they died quickly because something's not conducive in the atmosphere or environment for their type of lifeform?

FOTCM Member
Those are the dust bunnies with a tail

I'd be more convinced if they zoomed in with the camera and showed the whole body, like tried to unfold them.

Ambassador
FOTCM Member
Well, apparently this story is more than one year old, and there is an explanation for it.

The entomologists say that it is likely to be moth legs, like this one: 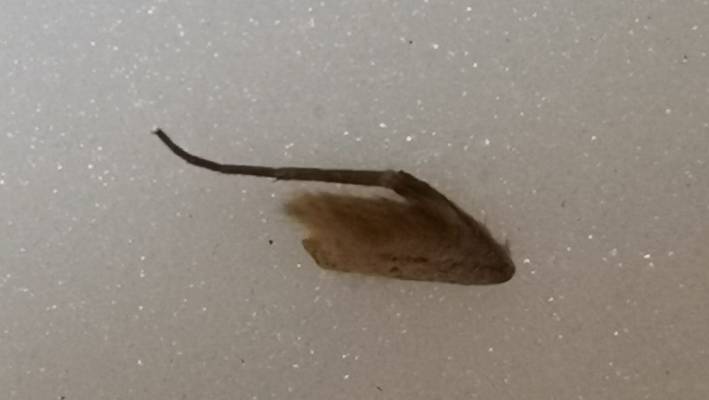 Keit said:
Well, apparently this story is more than one year old, and there is an explanation for it.

The entomologists say that it is likely to be moth legs, like this one:

Not moth legs- the appearance is totally different and the tail like appendage squirms -moth legs would twitch. Don’t know what they actually are but they are not moth legs. Not bats either as the title implies. And yes this is pretty old news it’s been out there a while
You must log in or register to reply here.
Share:
Facebook Twitter Reddit Pinterest Tumblr WhatsApp Email Share Link
Top Bottom