NOS News - Domestic - today, 12:24
Roman sanctuary discovered: 'This is something specialists will feast on for years to come'. 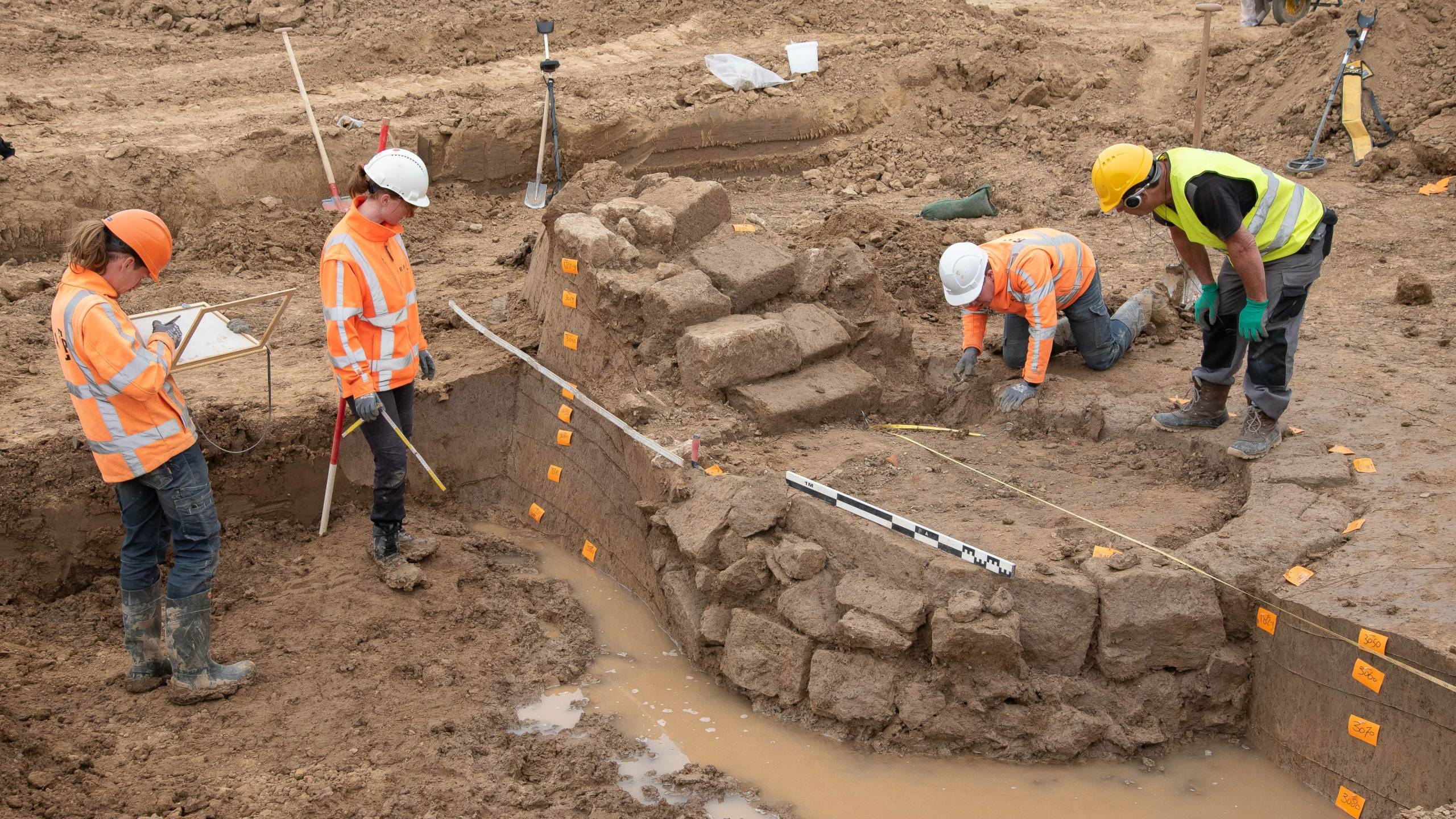 Altars, statues of gods, remains of sacrifices to Mercury and Hercules Magusanus, for example: archaeologists have discovered a sanctuary from the Roman era near Zevenaar in the province of Gelderland. Those involved call the relatively well-preserved find unique for the Netherlands.

The temple complex was found in Herwen-Hemeling, near Germany and right on the Limes, the former northern border of the Roman Empire. Archaeological volunteers from association AWN stumbled upon the first remains late last year in a clay mining area.

"We found a pebble bed right here," one of them recalls in a video [posted below article]. "And then we thought: could that be a Roman road? That would be pretty spectacular."

The volunteers reported their find to the Cultural Heritage Agency, after which archaeological research firm RAAP went to work on larger-scale excavations.

"One of the first finds we made immediately gave us the idea that something special was going on," says RAAP project manager Eric Norde. His archaeology team found several intact fibulae from the 1st century AD, which the Romans used to fasten their clothing.

The cloak pins could be dated relatively accurately, Norde says, because the Romans were "quite fashionable." "As a result, the way the pins were made, the shape of the decoration and the way the needle was attached changed quite rapidly." 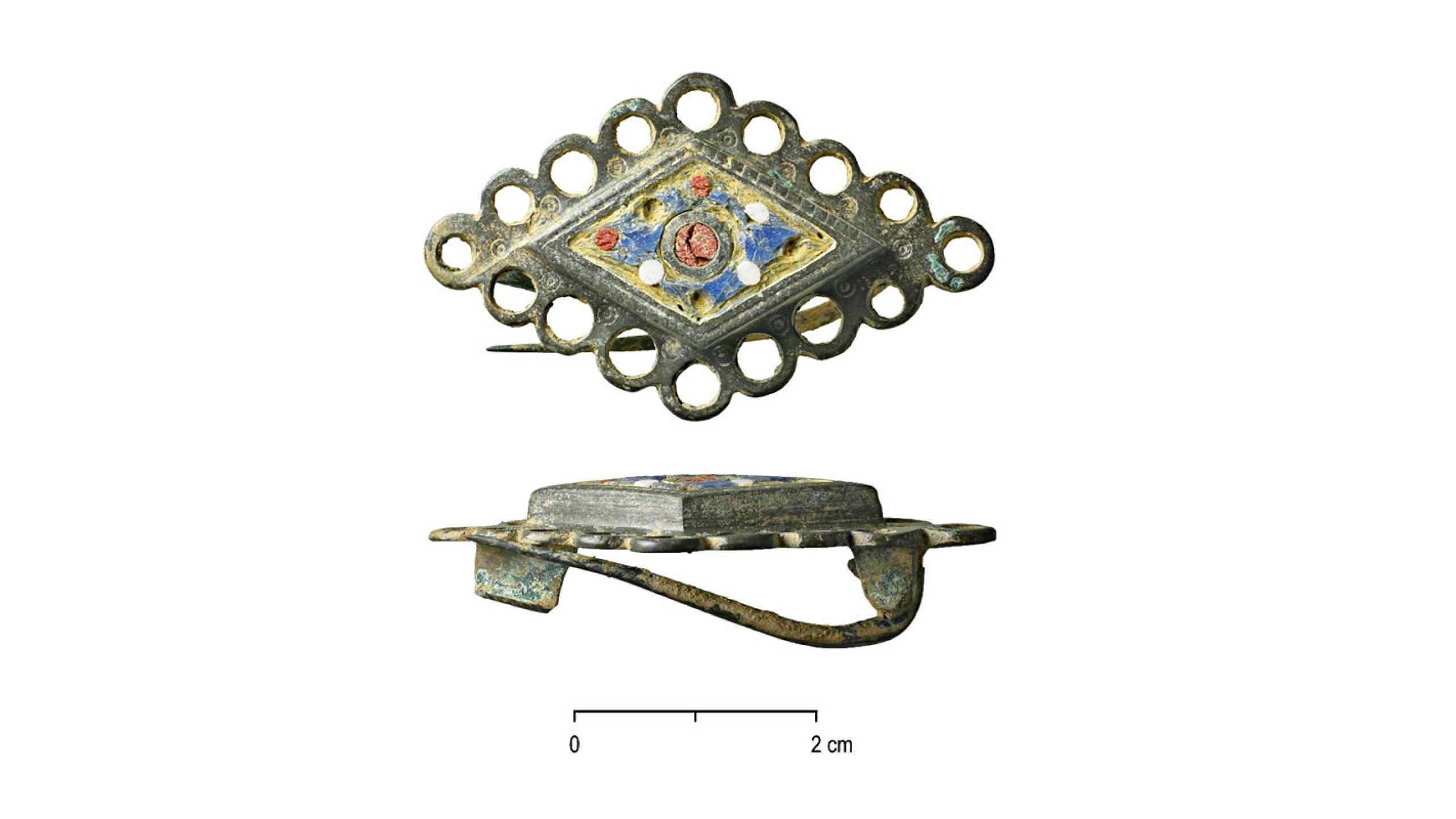 Remains of Roman sanctuaries have been found earlier in the Netherlands, including in Elst and Nijmegen. But never before was a temple complex found as complete as that in Herwen-Hemeling.

The sanctuary was probably mainly used by Roman soldiers: parts of armor and weapons have also been found on the site. Many tile markers have also been unearthed, and the Roman army was active in the tile industry at the time. 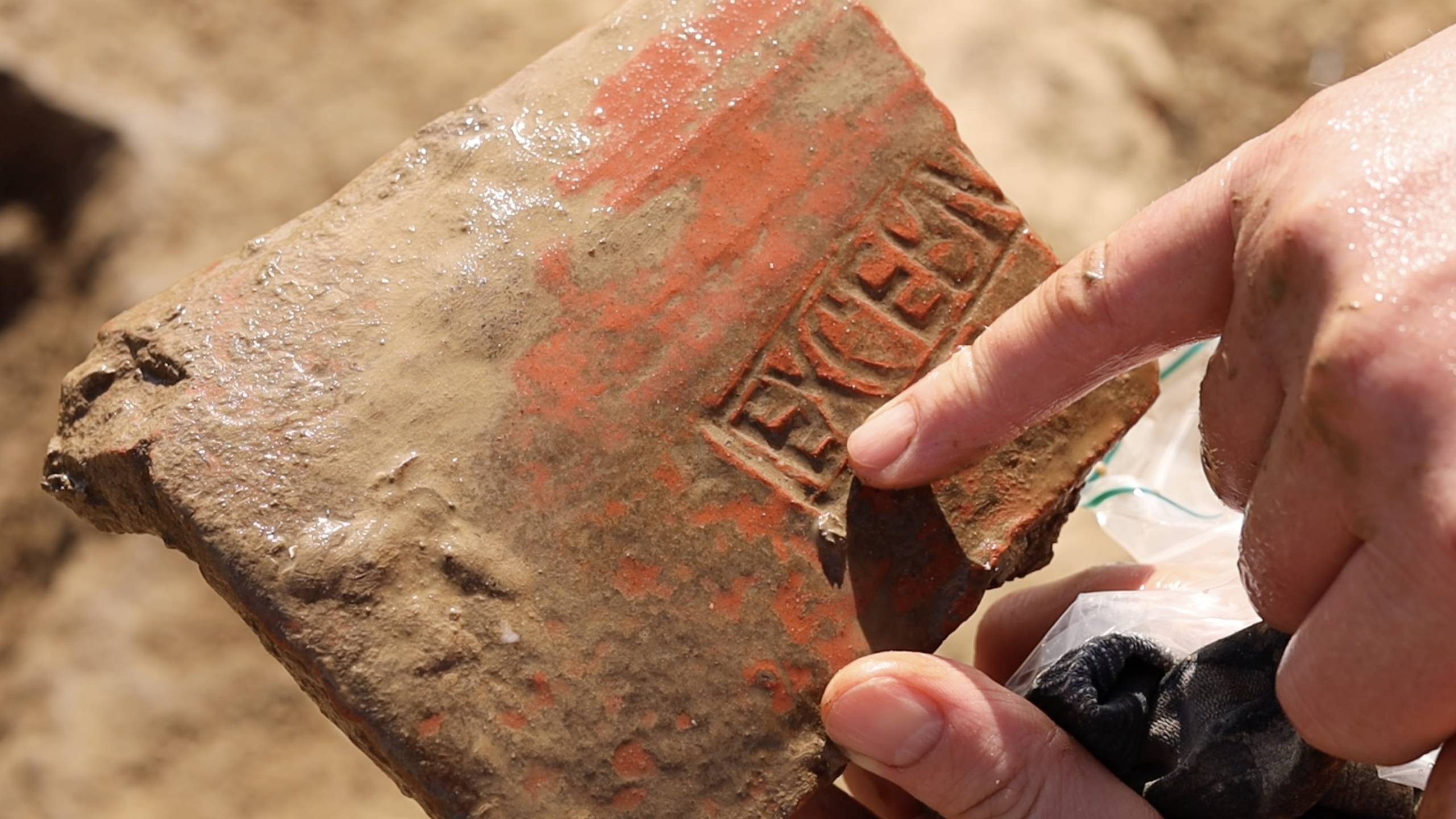 In addition to the temple building and pits with sacrificial remains, archaeologists have uncovered many so-called votive stones: small altars with which soldiers and officers thanked a god or goddess for fulfilling their requests.

"Complete votive stones are very rarely found in the Netherlands," Norde says in the video from the National Service for Cultural Heritage. According to him, the stones found near Zevenaar are so well preserved that the text on them is still legible. "We will soon be able to find out who erected the stone and to which god it was addressed." 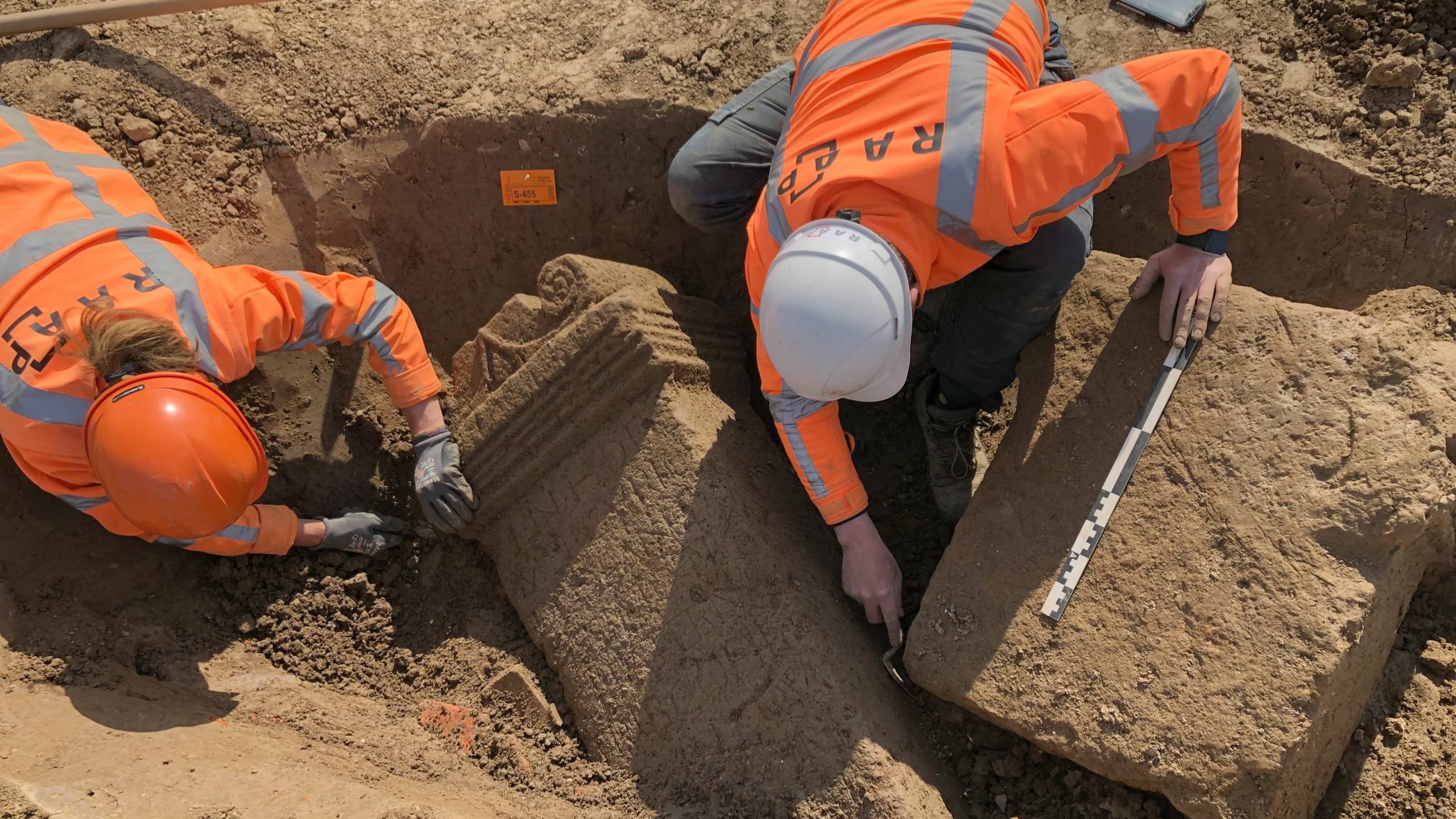 One of the altar stones found is unearthed - Image: State Department of Cultural Heritage

And then there is the well, where Norde and his team went from one surprise to another, according to their own words. Indeed, a large stone staircase was also found near the well, leading down to the bottom.

"We began to wonder whether we are dealing with an ordinary simple well here, or whether this might have had more of a functionality within the sanctuary itself, for example for ritual cleansing."

In any case, because of the inscriptions on votive stones that the archaeologists found in the well, they do know exactly how old it is: "From the shape of the letters, the heading of the stone and the coins that we also found here, we can determine pretty precisely that this well stood here around 220-230."

'Feast for years to come'

According to Tessa de Groot, an archaeologist with the Cultural Heritage Agency, these types of inscriptions provide a wealth of information. "About which units were stationed in the area, but also about how such a temple was maintained. And that soldiers went there to erect stones for specific gods. This is something specialists are going to feast on for years to come."

Heritage deputy Peter Drenth of the province of Gelderland says the province has unexpectedly gained a valuable Roman site. "We are now going to research this wonderful site as best we can and show it to the people of Gelderland."

Several masterpieces from the site will be on display at Museum Valkhof in Nijmegen starting Friday.