The Netherlands: 3000 years old personal 'Book of the Dead' on exhibit for first time

NOS News - Domestic - today, 09:14
Journey through the Egyptian afterlife: 17-meter Book of the Dead on display in Leiden

Over 3,000 years ago, the Egyptian merchant Qenna knew exactly what he had to worry about in the afterlife: the judgment of the god Osiris, a lake of fire and dangerous snakes that would attack his soul, for example.

However, a 17-meter long papyrus scroll helped him overcome those dangers. Rich Egyptians received such a scroll in their graves as an instruction manual for the afterlife. The National Museum of Antiquities is now showing the text as a whole, for the first time since it was found almost two centuries ago.

The exhibition is the culmination of a three-year restoration project. "It has become a beautiful colorful feature," says curator Daniel Soliman. "For people who have not studied hieroglyphics, we explain what we see in the images. We also bring the images to life in part with animations, so you can better understand what you're looking at."

We follow Qenna on his journeys into the realm of the dead: his burial in a rock tomb in Thebes, trials to purify his soul, a reunion with his deceased parents, and encounters with gods like Ra, Osiris, and Thoth. The forty spells in the Book of the Dead helped Qenna fulfill his destiny after this life.

"For the Egyptians, it didn't have much to do with death; the deceased transformed from a mere mortal into an almost divine being who went to live among the gods," Soliman explains. "One of the main objectives in this was that the soul of the deceased could leave the grave during the day to be with his relatives. This was important for his family as well, since the spells give Qenna direct access to the gods for them."

It explains why wealthy Egyptians put so much effort into what happened to their corpse after death. They were convinced that before that transformation, the body ought not to decay. "With our modern perspective, we may think that mummies were only about preserving the body, but the Book of the Dead shows that it was about transformation. The mummification, the wrappings, oils, the mask of the deceased, all worked together to deify that person."

In order to study the papyrus properly, the scroll was cut into 38 sheets, averaging 35 by 45 centimeters in size, shortly after purchase. That could not be restored, but the restoration did include putting back loosened fragments and undoing old, damaging restorations as much as possible.

"There have been all sorts of interventions since 1835 that were thought at the time to better preserve the papyrus. For example, all the sheets were glued to a white paper background with a thick layer of glue. That has started to bulge and react with the papyrus, so the conservators have been meticulously loosening the paper piece by piece."

They also examined discoloration of the scroll. In places where blue had been used, the figures had taken on a brown aura over the years. "Copper was used for that blue pigment and because there was contact with moisture in air especially after coming to Europe, it actually started to rust. Unfortunately, that can't be reversed."

It does not prevent the modern museum visitor from empathizing with the journey that Qenna anticipated after his death. This is also what appeals so much to Soliman in the work.

"From ancient Egypt we have so many archaeological finds and so much written text, that offers a unique opportunity to empathize with those people. How did they think the world was structured? How did they interact with each other? How were they thinking about spirituality? It's a fantastic way to look into those ancient times." 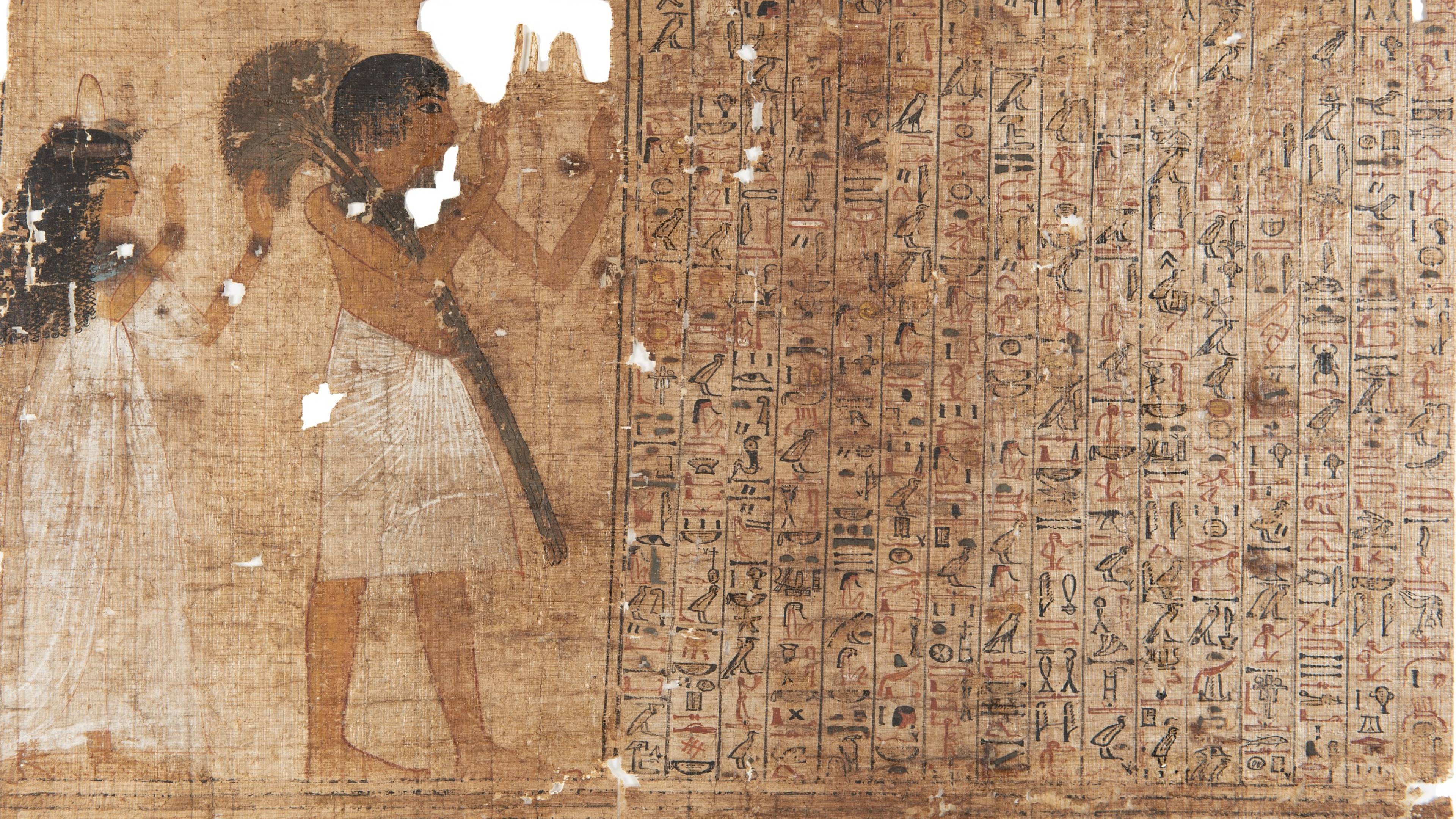 Qenna and his wife at a spell from the book - Image: RMO 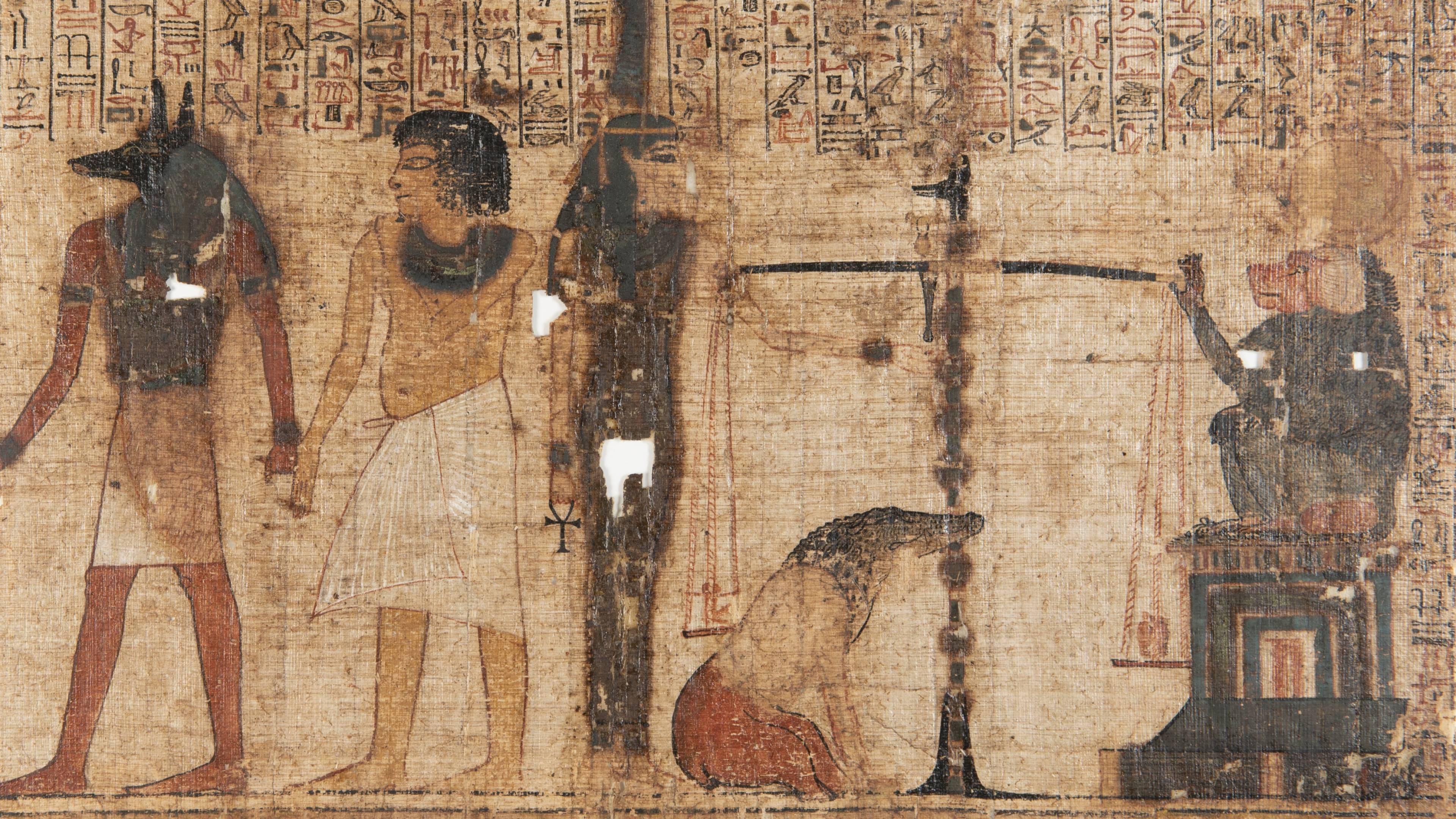 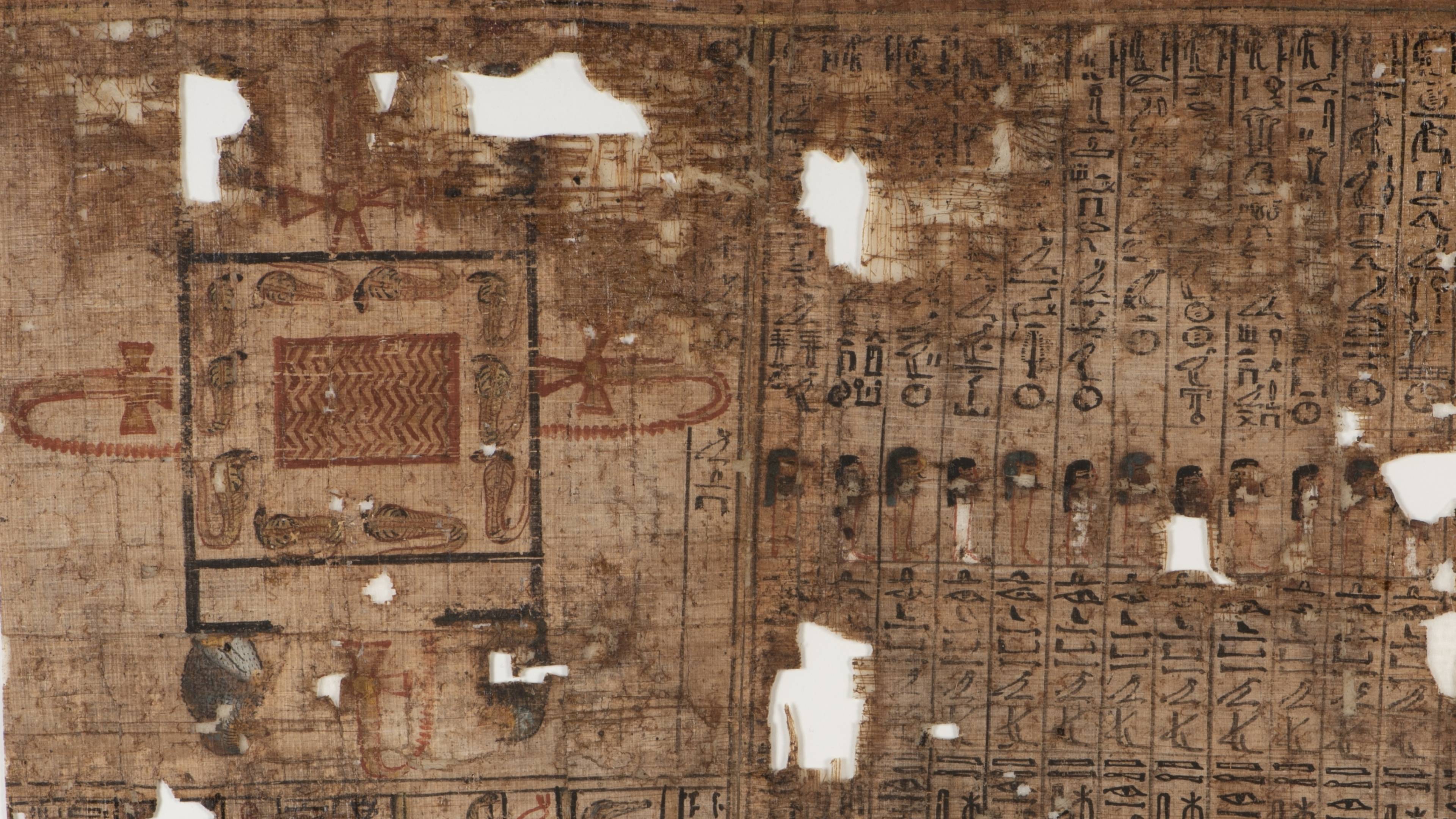 The lake of fire with vipers - Image RMO 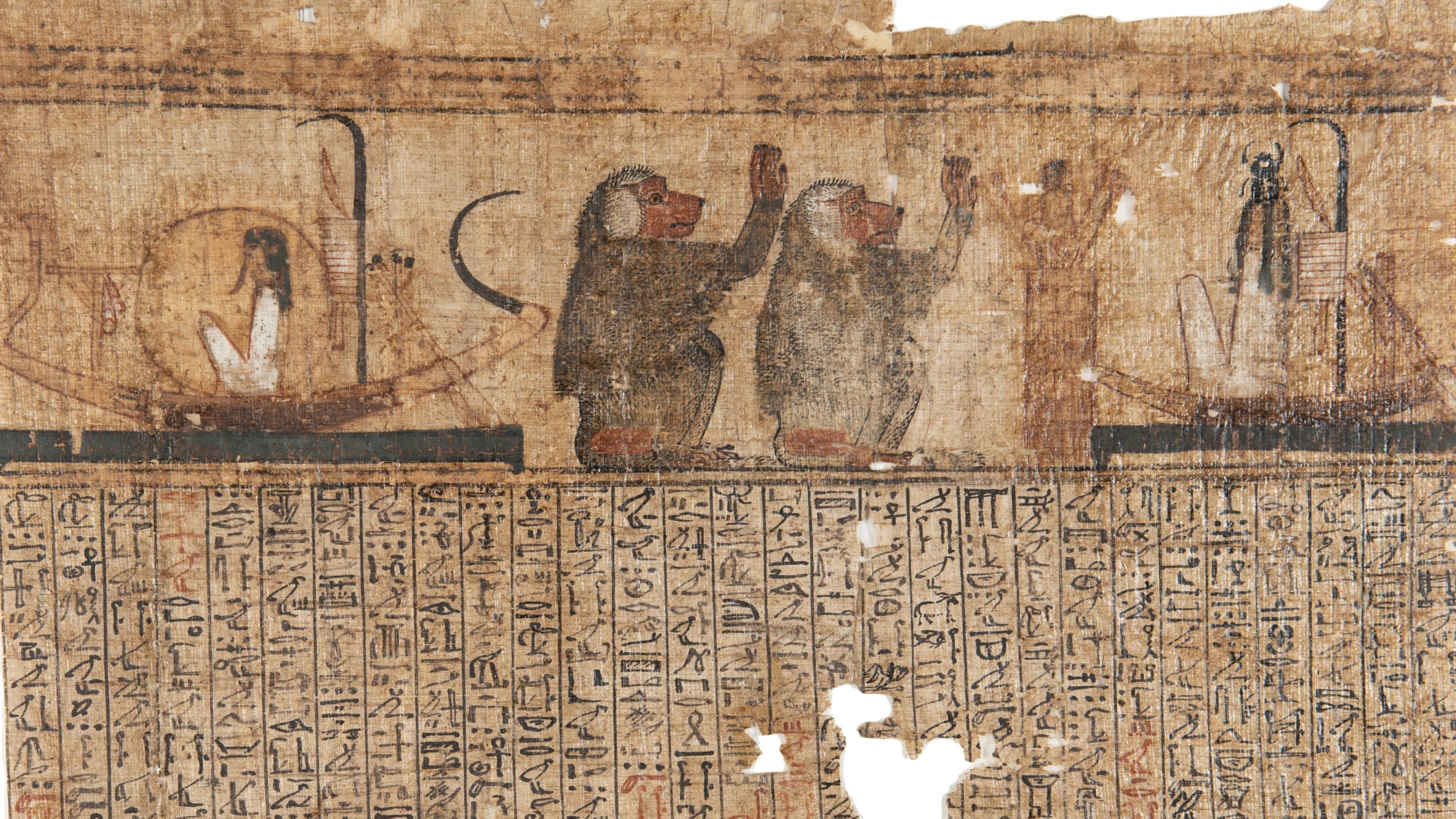 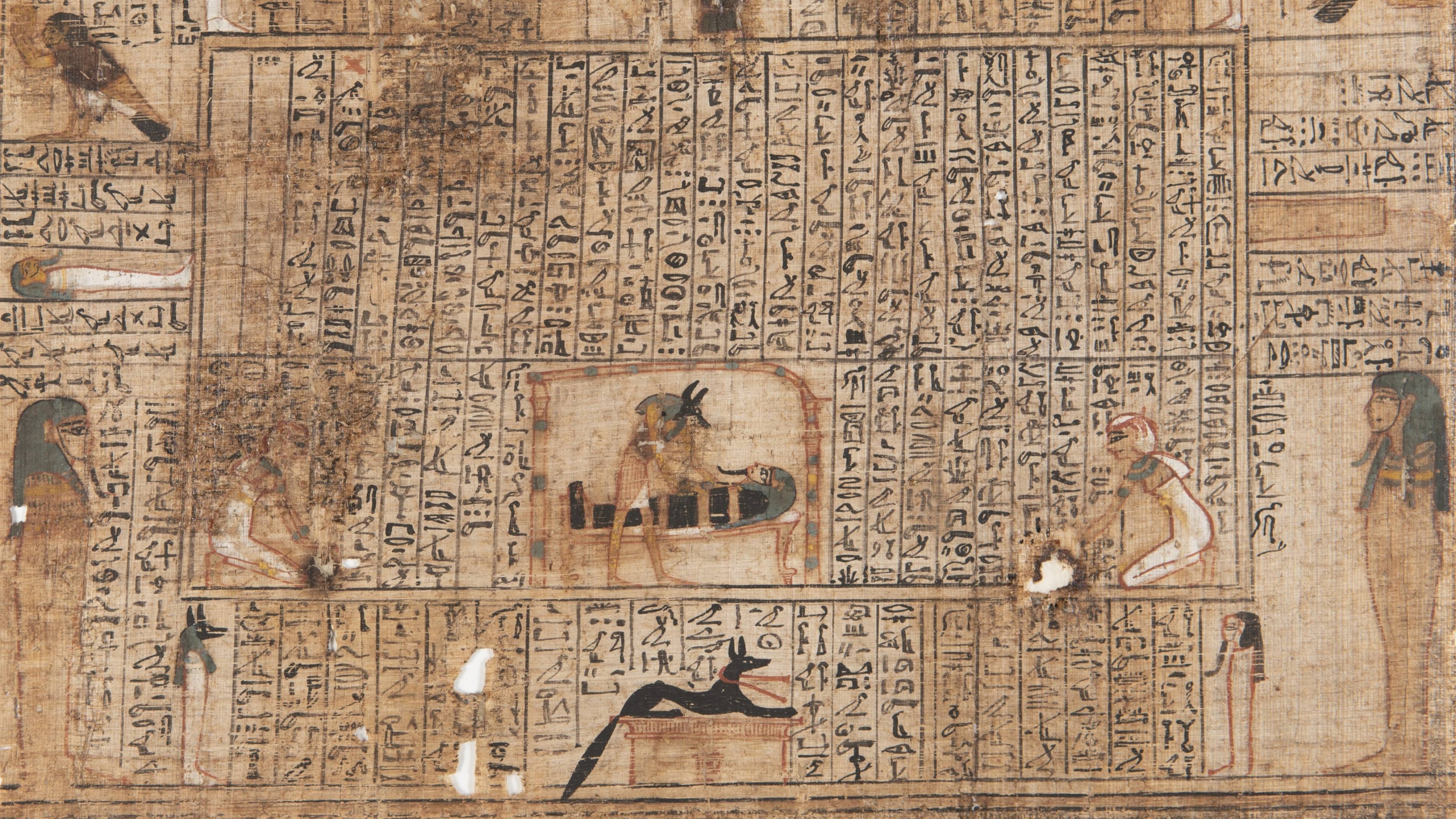 The god Anubis alongside Qenna's mummy in his tomb - Image RMO 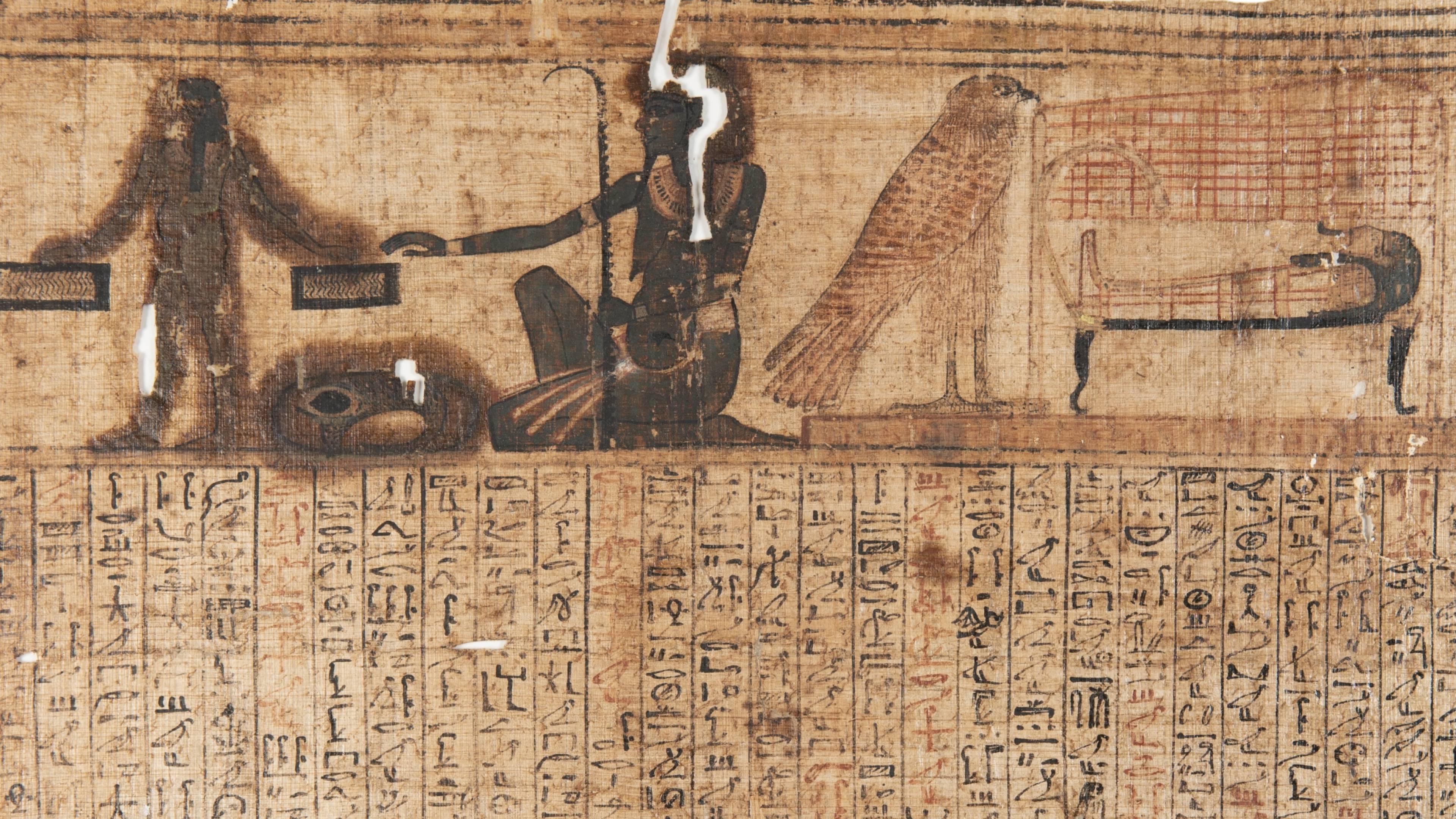 Discoloration of blue due to rusting- Image RMO 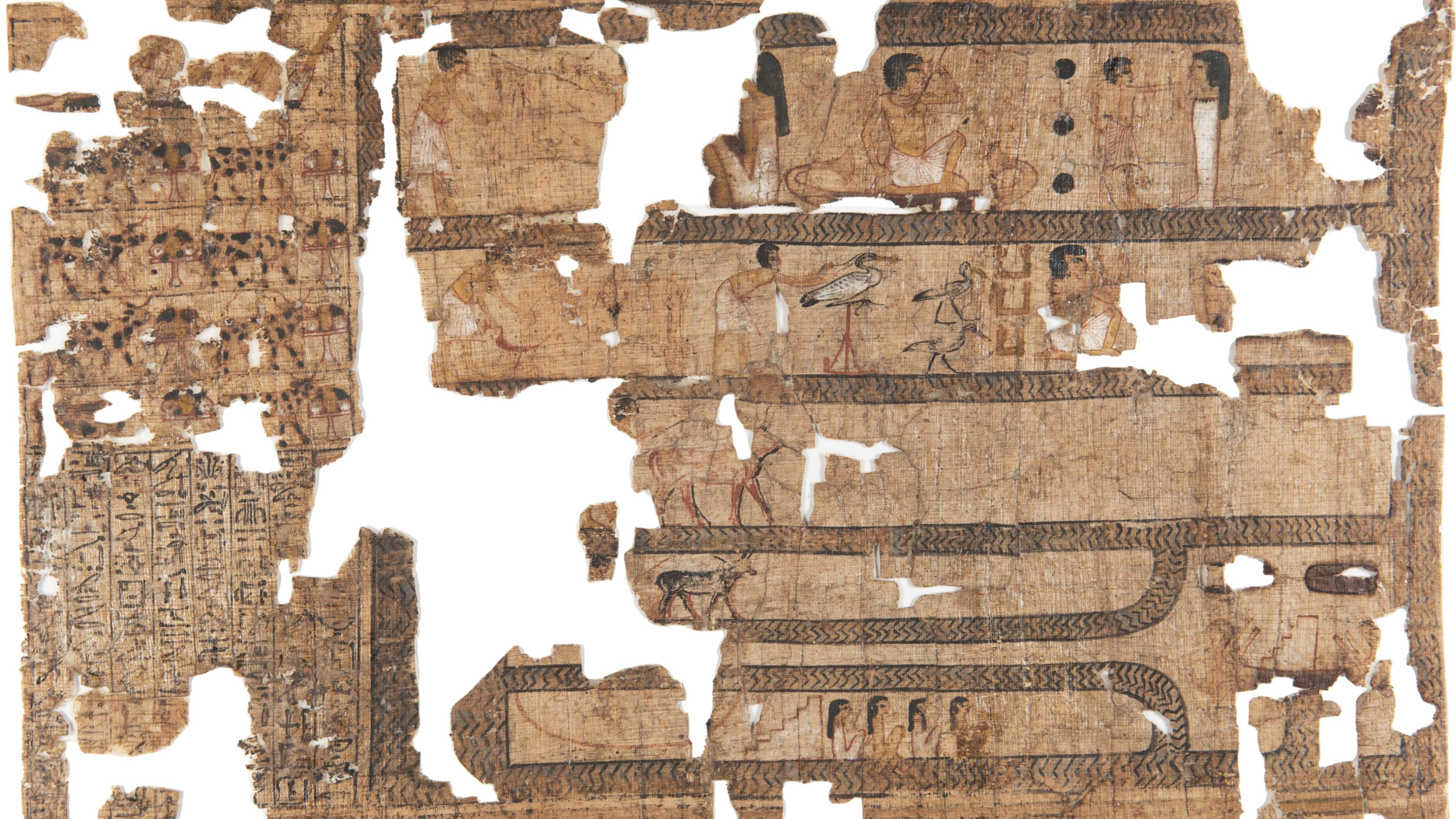 One of the more damaged fragments - Image RMO
Click to expand...