The Consortium, the Quorum, the alien interface, depicted in 'romantic' fiction - what the heck?!

FOTCM Member
Interesting little video by JPB, which I think sums up why these books have so many readers (mostly female)

987baz said:
Interesting little video by JPB, which I think sums up why these books have so many readers (mostly female)

I definitely think JBP may be onto something. Maybe that's why this sort of fiction is so popular during these times: women are using it to calm their fears in the face of chaos and hoping that reality can be tamed the same way they imagine taming a 'beast'.

The thing is, except in rare cases, I don't think that is a very likely or practical view of things. We have some knowledge and experience of 'dangerous men' thanks to Sandra Brown and others.

Laura said:
I definitely think JBP may be onto something. Maybe that's why this sort of fiction is so popular during these times: women are using it to calm their fears in the face of chaos and hoping that reality can be tamed the same way they imagine taming a 'beast'.
Click to expand...

Yeah, I get the feeling that the popularity of such a theme has more to do with the times we live in than an inherent archetypal ideal that women hold. I'd guess it's likely that most women throughout time would probably not have idealized a total pushover of a guy, but the focus in recent times on the idea of dominance hierarchies and 'bad boys turned good' might be something of an adjustment to the environment. On top of a probably more natural and healthy desire of women to seek out a hero type figure, there is all of the programming, familial as well as societal, that determines how to do that and what a hero is. And, since the main theme of that programming today seems to be materialism, survival of the fittest in common terms etc. you get billionaires and vampires snagged by beauty, feels, and no good reason. If you add to that several generations of families broken in a particular way and rampant narcissism, creating daddy issues galore, a recipe for trying to 'save' or be saved by an errant father figure, and then throw in some pathological romanticizing or rationalizing propaganda, it is a recipe for a whole lotta suffering. That's not even to mention a generalized mass sensing of, and possible attempt to correct symbolically, the relationship between the male and female essential energies planet wide. Why on earth would women be so taken with the idea of finding their power by reflection from a powerful man or by taming and wielding his power rather than by finding her own?

There have been many tales and myths of daring do by heroes in regards to ladies, why should it be that Beauty and the Beast was selected as so popular for this time? Why not the Odyssey? Or even Snow White?

There have been many tales and myths of daring do by heroes in regards to ladies, why should it be that Beauty and the Beast was selected as so popular for this time? Why not the Odyssey? Or even Snow White?
Click to expand...

Perhaps its something to do with the character of Belle. In the original Beauty and the Beast, she is a good and obedient daughter. Disney changed her character into a feminist heroine. Disney has a massive responsibility for creating female role models for girls and the agenda behind the princess/heroine programming is still not fully assessed. This programming could form a firm base when women start to form romantic attachments.

Russian businessman Roman Abramovich has reportedly acquired a Boeing 787-8 Dreamliner jet worth $350 million, the most expensive private jet in Russia to date, Forbes magazine wrote, citing sources in the aviation market.
A spokesman for Millhouse, the company that manages Abramovich’s assets, declined to comment on the news.
Click to expand...

However, according to Flightradar24 data, a Boeing 787-8 Dreamliner aircraft had indeed arrived from Basel to Moscow’s Vnukovo airport on December 18, where private aviation is serviced. The next day the plane flew from Moscow to St. Martin in the Caribbean.

According to Forbes, there are only 250 such aircraft in the world, and this one is the first in Russia. Mexico’s president had used a Boeing Dreamliner as his presidential plane, and the only other privately-owned Dreamliner belonged to UAS International Trip Support, which operates global luxury charter jet service ‘Dream Jet’. Other than that, the aircraft type is largely owned and operated by major airline companies.
Click to expand...

According to the media, Abramovich’s Dreamliner was built in 2015 for a private airline operator from Switzerland, PrivatAir. It was never handed over to the company, which filed for bankruptcy in 2018. In 2019, the aircraft was reportedly re-equipped to suit Abramovich’s needs. [what needs?]
The base value of the aircraft is reportedly $248.3 million, but sources say additional equipment cost at least another $100 million. In November, media reported that Abramovich put his old private jet, a Boeing 767-300ER, up for sale for an estimated $100 million. That plane was widely known as ‘Bandit,’ due to the black tint on its cockpit windows.
Click to expand...

Abramovich’s fortune is estimated at $14.5 billion, he is currently Russia’s 12th richest businessman, and is best known for owning the UK’s Chelsea Football Club.
Click to expand...

As if I read it straight from a Georgia Le Carre novel. Added intrigues, mafia story twists.. I'm sorry, I'm worse than a gossip-loving grandmother, when it comes to Consortium / hidden society news.

Laura said:
Now, please, what does this kind of butchering of the language that occurs so consistently and repeatedly across the works of dozens of different authors of a particular genre suggest to you? It is so bizarre, and so prevalent that it is really staggering.
Click to expand...

Reading The Wave the other day, came across this form Hare (1999), during an interview with serial killer Elmer Wayne Henley:

I: You’re saying you’re not a serial killer now, but you’ve serially killed.”

And so on. The point that the researchers noted was that psychopaths seem to have trouble monitoring their own speech. What is more, they often put things together in strange ways, such as this series of remarks from serial-killer Clifford Olson: “And then I had annual sex with her.” “Once a year?” “No. Annual. From behind.” “Oh. But she was dead!” “No, no. She was just unconscientious.” About his many experiences, Olson said, “I’ve got enough antidotes to fill five or six books — enough for a trilogy.” He was determined not to be an “escape goat” no matter what the “migrating facts.” (Hare, 1999)
Click to expand...

As if I read it straight from a Georgia Le Carre novel. Added intrigues, mafia story twists.. I'm sorry, I'm worse than a gossip-loving grandmother, when it comes to Consortium / hidden society news.
Click to expand...

From what I understand, Russian businessman Roman Abramovich, became an Israeli citizen in 2018... also being an avid supporter of the World Jewish Congress.

XPan said:
From what I understand, Russian businessman Roman Abramovich, became an Israeli citizen in 2018... also being an avid supporter of the World Jewish Congress.

Abramovich is a family name commonly found among Ashkenazi Jews.

Wikipedia: Abramowicz, Abramovich, Abramowitz, and Abramovitz are variant spellings of a name meaning "son of Abraham" among Slavic language speaking peoples; it is a common surname amongst Ashkenazi Jews, for whom it is commonly Hebraized to Ben-Avraham (בן-אברהם) upon immigration to Israel.
Click to expand...

Q: (Pierre) Is there such a thing as the Ashkenazi genetic profile?

Q: (Pierre) Yes! What are the origins of this genetic profile?

A: Ask another time after doing homework. Goodbye.
Click to expand...

Interesting coincidence that another famous person with similar last name, Serbian performance artist Marina Abramovic, is linked to Tony Podesta, who is her friend and collector and has been invited to her "spirit cooking" meals. Podesta is linked to pizzagate.

The artist herself does creepy performance art including creating a dinner meal that looks like a human corpse. She was featured in a Microsoft Hololens ad, which was a weird choice as I don't see much commercial appeal in her to market a tech gadget. The ad was pulled after many people raised their objections to her creepy actions.

I've really enjoyed this thread. It has been enlightening to say the least for a non-fiction sort of guy. (I tend to read only the highly-recommended and/or classics in fiction). I've been reading a short non-fiction piece about mystery writing or rather "The Mystery" in writing itself, the author herself writes historic fiction. I am often reminded of this thread while reading it, and thought I'd pass it along:

The Art of Mystery: The Search for Questions​ 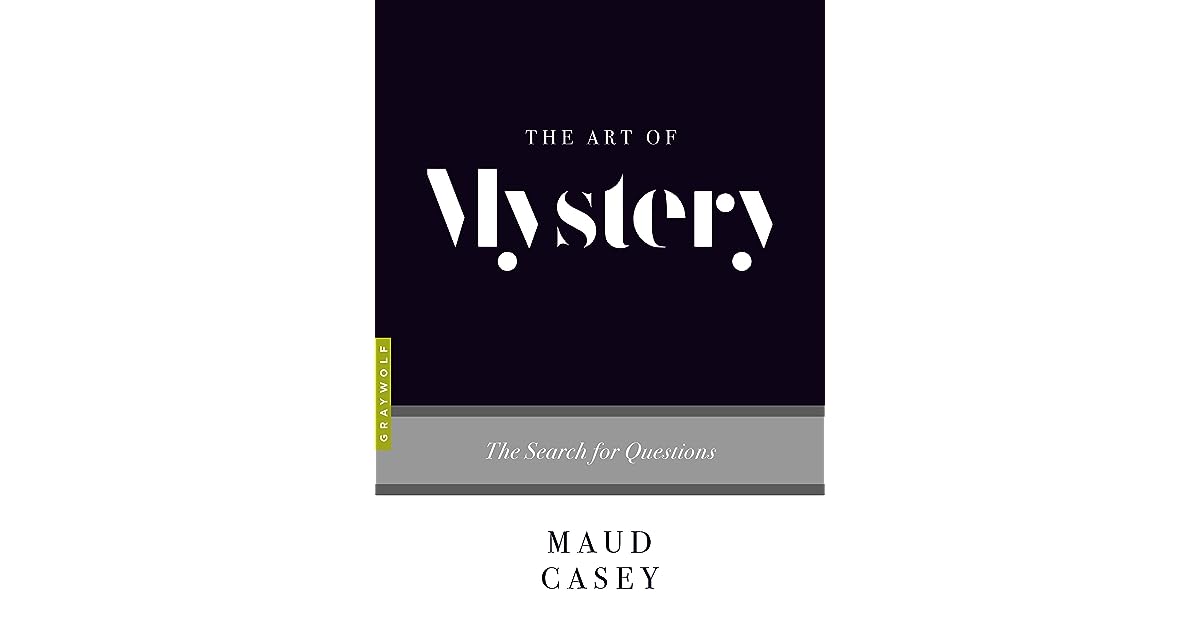 The Art of Mystery

A sensitive and nuanced exploration of a seldom-discussed subject by an acclaimed novelist The fourteenth volume in the Art of series co...
www.goodreads.com

Thanks to Laura, in one of Georgia Le Carre's books we have been acquainted with the news that the Forbes list is just a cover to hide the secret caste of Trillionaires.. I thought there were only billionaires in the world, but no.. Still, we couldn't be sure, maybe it was just a rumor, a hearsay.. until now:


US billionaires own trillions in largely untaxed wealth – report ​

The 735 billionaires who call the US home have watched their wealth surge 62% over the last two years, reaching the shocking figure of $4.7 trillion, according to a report by Oxfam America released on Monday. While the billionaires’ wealth gains show no sign of slowing down, ordinary workers’ earnings have gone up just 10% – meager growth that has been all but cancelled out by hefty increases in the cost of housing, gas, food, and other commodities, with no end in sight to soaring inflation. Many have struggled to rebuild economically after the Covid-19 pandemic lockdowns.
Click to expand...

A recent ProPublica study found that while the median American family pays a federal income tax rate of 14%, the 25 richest only paid an effective rate of 3.4% from 2014 to 2018. While there are plenty of different reasons the rich may end up paying less, one major cause is that they don’t report a major chunk of their income – something even the Internal Revenue Service was finally forced to admit last year.
Click to expand...

I was just thinking if a trillionaire owns a country or land of similar size and that land gives place to certain activities, which continually generate money, separate from the basic profit that comes from owning - and leasing - that land.. I figured in such a case a trillionaire cannot lose money, that person only gets richer. While the poor unfortunates slaving away for him only get more cash-strapped as time passes.
You must log in or register to reply here.
Share:
Facebook Twitter Reddit Pinterest Tumblr WhatsApp Email Share Link
Top Bottom