So I will share something interesting I just found - modular arithmetic:

Or maybe if information "coagulates" we get energy and if we coagulate energy we get matter but it's all still information. Just some thoughts but I still don't know and I'm still not sure about anything I just said!
Last edited: Jun 18, 2022

@kenlee My thoughts above came out from the question "where our minds are stored if they are not part of our brains?". We as humans with our current knowledge, have the urge for seeking a place to be for everything - "this planet is there, this particle is part of this with such mass, energy etc." The same we intuitively do while seeking the roots for information/consciousness/minds. But maybe this is the wrong way. The dimension/field/whatever you call it that stores all informations and relations between them, doesn't necessarily require energy to be sustained if it is not in a form of everything we call matter and space.
We all accept that universe just exists, it just is, period, and we study it. Why can't we accept the idea that information just exists, just is, has no dimension, no time, no space, and talk about this idea trying to develop something.

PabloAngello said:
From physics point of view, energy is needed to move/interact with any material things, while information is not matter.
Click to expand...

On the other hand, the matter is not clearly defined. Perhaps it actually has some internal geometric structure about which we know almost nothing.


PabloAngello said:
But this line is only for our eyes and brains, as a concept of something, those lines can equally well be infinitely short.
Click to expand...

At the same time, physics and axiomatic systems in mathematics are also somewhat for our eyes and brain. They describe certain aspects of reality, certain parts of it, but the whole is more than the sum of the parts, and in order to understand the whole, physics must probably do something like go beyond the schemes. For many years physics has operated in the same established patterns. In my opinion these patterns need to be broken, but this is only my opinion, and I am sometimes crazy.

Perhaps for this purpose it is worthwhile to return to the world of Platonic ideas and expand this world? This I do not know. This is one of many possibilities I’ve been expanding lately. I’m curious about your suggestions.

Cleopatre VII said:
Perhaps for this purpose it is worthwhile to return to the world of Platonic ideas and expand this world? This I do not know. This is one of many possibilities I’ve been expanding lately. I’m curious about your suggestions.
Click to expand...

Geometry of information may include the notion of a "distance", but that is not a distance that can be expressed in kilometers or hours.

@Cleopatre VII I'm trying to say something similar. That we (at least) should try, to think about different concepts than spatial dimensions. What if information is a no dimension construct that exists infinitely "close" to 'what we call matter'. Apart from dimensions, space and energy, it is lets say, made of pure mathematical information (like numbers or whatever, atoms/bits/quibits of information) and relations between them - aka for example - 'relation field'. Or something like markov-chain-field where smallest node is smallest piece of information possible.
I don't say it looks like that, but if it is like that and we will not study such concepts (being imprisoned in our 3d/spatial thinking) then we could never discover how it works.

ark said:
Geometry of information may include the notion of a "distance", but that is not a distance that can be expressed in kilometers or hours.
Click to expand...

It can be distance in 'nodes' of information while every node has no size and mass at all.

From a mathematical perspective, the very concept of a "field" requires the use of "dimensions".

This is because a field is the spatial distribution of some physical quantity, especially mediated by interactions. In other words, a certain field is defined in space if each point in space is assigned a certain quantity.

Mathematically, the field is simply a function that assigns a given quantity to each point in space.

In mathematical description, the notion of dimension is not only connected with time or space. There are other abstract structures that use this concept.

In probability theory (which describes, among other things, Markov chains) we have, in turn, the space of random variables. Random variables can be discrete (e.g. the probability distribution for a dice roll) as well as continuous (e.g. normal distribution). However, the abstract space itself is often infinite dimensional.

PabloAngello said:
It can be distance in 'nodes' of information while every node has no size and mass at all.
Click to expand...

If there are such things as "nodes"..

@ark Sure of course, Im am trying to start something here. Nomenclature is very deceptive. Without some description is very fuzzy think.
Anyway, I suppose we all here (on this forum) agree/(or want) on that consciousness is something that exists without our bodies. Hence it needs to be construct that no current science never described in any way. I know I go far away from information theory concept with talking about consciousness, but from my perspective I feel it is strongly connected.
(btw. I am also a programmer, and my point of view is mostly from alghorithmic perspective rather than physics view. And please do not treat algorithmic point of view as a hard science in sense of "its only bits and they order", algorithms can be used with random input as well, which can change everything.)

PabloAngello said:
@ark And please do not treat algorithmic point of view as a hard science in sense of "its only bits and they order", algorithms can be used with random input as well, which can change everything.)
Click to expand...

I know. Look at my quantum fractals:

These are all simple algorithms with random choices at each step. And yet infinite depth and structure emerges from it.

@ark Videos with 'fractal' in title? Or which one exactly?

PabloAngello said:
@ark Videos with 'fractal' in title? Or which one exactly?
Click to expand...


It has a lot programming:

This is my first animation of one of my quantum fractals. 100 mln of points produced using "Chaos game" for 24 Mobius transformations Number crunching with Gfortran. Then mesh created with Meshlab. Mesh imported into Blender. Added some extra structure. Just learning. Didn't know about Blender a week ago. It is a wonderful piece of software.


This Quantum Fractal is based on Tetrakaidecahedron aka Tetradecahedron aka Kelvin Cell aka Truncated octahedron. It has 24 vertices and 14 faces. Eigh faces are hexagonal and six are squares. Described in 1888 by Lord Kelvin aka Sir Willian Thomson who was looking for space filling shapes with a minimal cell area -- like foams. In this animation 24 vertices of the Kelvin Cell are acting as attrating points during a simultaneous measurements of 24 noncommuting spin directions (God forbid in the textbook exposition of quantum measurements!). Chaos game is applied to so obtained iterated function system of conformal maps on the (Bloch) sphere. There are 1200 images in this animation, each image is made of 50,000,000 points. Place dependent probabilitise are used with quantum theoretical algorithms for probabilities of quantum jumps. Each image in the animation corresponds to unsharp spin direction measurements with the sharpness coefficient varying from 0.58 at the beginning of the animation and 0.99 at the end. The HSB color value of each pixel depends on the distance between consecutively called pairs of vertices resulting in hitting the pixel. For instance color red means that the pixel is mostly hit by repeated attractions from the same vertex, while color blue indicates that two vertices far away from each other have been called. The brightness of a pixel depends on the number of hits of the pixel area. Pixels that (almost) never been hit are black.

SOTT has an interesting article:

How can one natural consciousness appear to be many? Prof. Bernard Carr proposes that multiple dimensions of time, which can also be associated with the notion of a 'specious present,' can resolve the problem both rigorously and in an intuitively satisfying manner. This is a long-form essay that will demand attention and patience from the reader, and perhaps more than one read. But it is also one of the most important essays we've ever published, and one that handsomely rewards the effort it requires. It illustrates how fast we can advance to solutions to our basic questions regarding the nature of self and the universe when world-class cosmologists, such as Prof. Carr, approach the problem without metaphysical prejudices. 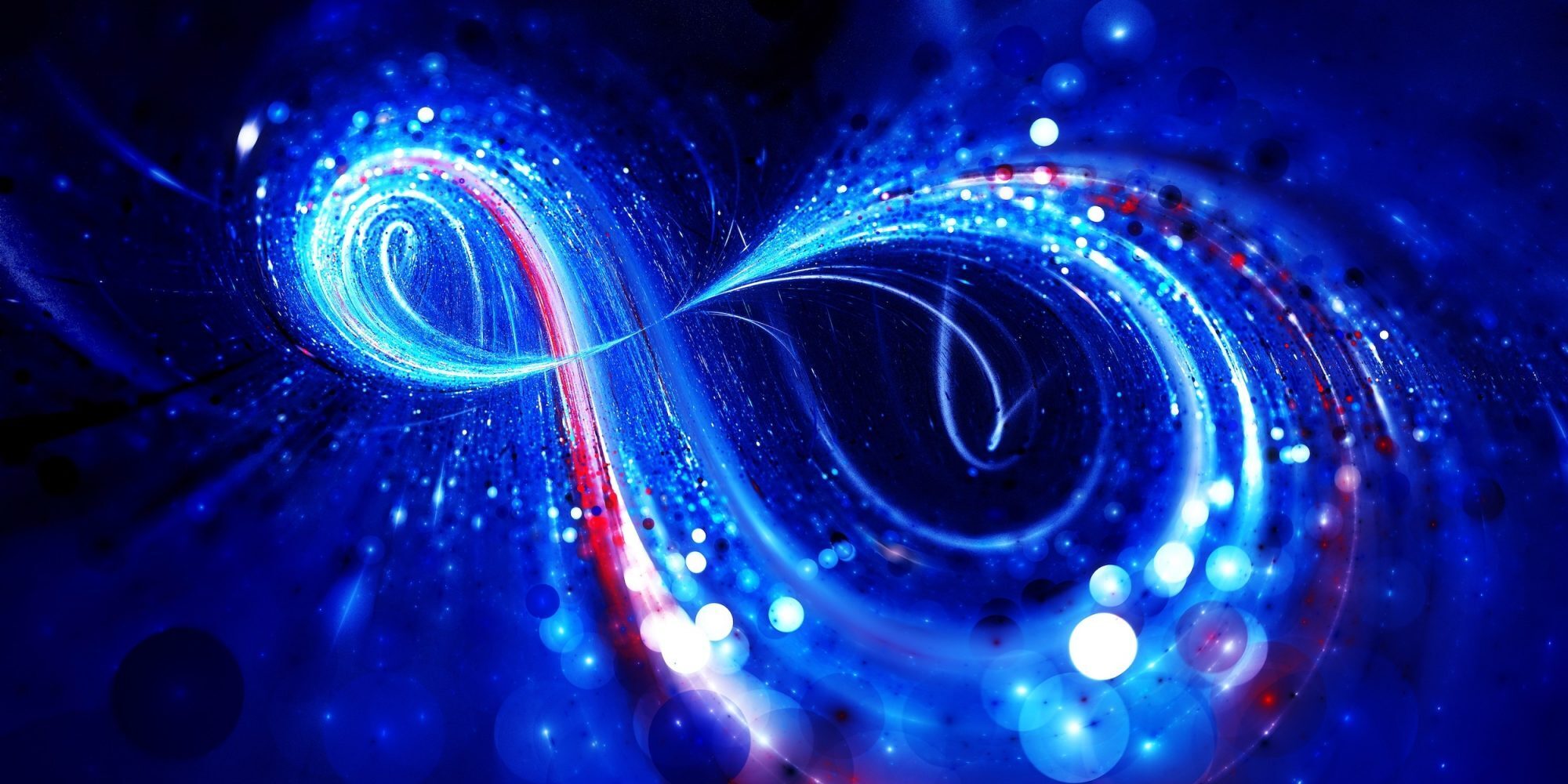 How can one natural consciousness appear to be many? Prof. Bernard Carr proposes that multiple dimensions of time, which can also be associated with the notion of a 'specious present,' can resolve the problem both rigorously and in an intuitively...