In the last session with the Cs, it appears that the new variants are "most likely" side effects of the new mRNA vaccines :

Laura said:
(L) Alright. Gaby was saying something about the Covid business...

(Gaby) So it seems to have changed a bit. There seems to be The Return of Covid. There were a few cases like those reported back in March, people with masses in the lungs, a sort of interstitial pneumonia, but they're happening to young people now. So I was wondering if this is the result of the new vaccination program? Even though it hasn’t started officially, there have been thousands already vaccinated; something like 40 thousand during the experimental phase.

(L) So, you're saying that there are some really bad cases of Covid, and you're wondering if that's due to those who have been vaccinated?

A: Most likely. But do not forget what is being done to the population in terms of terror and predisposed belief. Further, wearing masks creates a perfect breeding ground for mutations and intensification of the illness.

Q: (L) So people are being programmed to believe that they're gonna die. Also, their bodies are being poisoned by their own effluvia from wearing masks and by being turned into walking talking garbage dumps by re-breathing their own waste... It's like rats breed in garbage dumps, and viruses breed in physical-body garbage dumps. If you don’t take the trash out of your body properly, you become a contaminated dump ripe for all kinds of pathogens to move in and take over.

(Joe) There are several vaccines. Two of them are messenger RNA vaccines that have never been used on humans before. We know more or less what they do. I was just wondering if those mRNA vaccines are particularly dangerous for people as compared to the standard type?

Q: (Joe) Dangerous in terms of increasing the chances that people will get sick, or have some kind of... What's the danger from that kind of vaccine?

A: Messing around with DNA is iffy at best. Because of genetic recombination, each individual is unique. The purveyors of vaccines such as this have not well considered that some individuals might be transformed into mutation and amplification and mass production factories of something way worse than Covid.

Q: (Joe) So is that the best bet then for a real plague? A real pandemic might come from the vaccine for Covid...

(L) A real, horrible pandemic might come from this vaccine interacting with the DNA of specific individuals. There may be a small percentage of them, but all it takes is one.

(Gaby) Or could it be more like... Ya know, it's the spike protein that is produced that is like HIV and also endogenous retroviruses that are already resident in our DNA that could be activated and behave like a Black Death. Or could it be something more like we'll be seeing a lot more cancer, for example?

Q: (Gaby) Though certainly, we’ve already seen that COVID can amplify and accelerate already existing conditions. In another direction, we've been discussing on the forum about things we could take to protect us in case we have to be vaccinated. Will other people being vaccinated be a source of potential Black Death even if you don't get vaccinated?

(Joe) That was the idea. This mRNA vaccine causes your body to produce the spike protein from this coronavirus. Is it possible that within your body, that protein could be combined with some other more benign virus?

(L) In other words, sticking messenger RNA in a vaccine is a really, REALLY bad idea.

(Chu) And we wouldn't even need a cometary event to cause mass death on the planet?

Q: (Joe) This is a spike protein from an outside pathogen that your body doesn't make. Obviously your body defends against it.

(L) But your body could be retooled to make it in mass quantities and make it particularly virulent.

(Joe) Or to make some hybrid with some other virus in your body.
Click to expand...

Well, the famous Pr. Didier Raoult, MD (a French expert on virus and infectious illnesses, from Marseille), told in his last two videos that he continues to keep the hypothesis that the new variants may be due to the combined use of Remdesivir ‒ an already (before SARS-CoV-2) known mutagen for Coronaviruses (CoV) and Ebola virus ‒ and injected immune antibodies, which creates a (iatrogenic) selective pressure modifying the CoV's natural evolution.

In both videos, he cites this research paper, about a immunodepressed patient who got Remdesivir four times (plus injections of antibodies), and had a full evolutionary tree of virus !

Maybe @Gaby could give us her opinion on this hypothesis ?

Here are the videos (in French only, no subtitles apparently) :

Bastian said:
Maybe @Gaby could give us her opinion on this hypothesis ?
Click to expand...

It's possible, but I think also the vaccine trials are likely candidates. They conducted trials in Britain, other than remdesivir. In countries like Spain, they've using remdesivir for quite a while, but the trials have just commenced in earnest this month. I guess we'll have to see how all of this unfolds.
A

Has everyone seen the news that pharma company, Merck, has stopped it's Covid vaccine manufacturing after they admitted that the trials showed a much better immune response from those who catch the virus and recover? Also, AMA has approved hydroxychloroquine for use as a Covid treatment. Wondering how much longer before the whole vaccine hoax crumbles... I hope it is soon before any more people die from the jab or are permanently harmed from this diabolical injection.

My husband works at a 99 bed mental health facility. They had ZERO deaths from Covid, then they gave the vaxx a few weeks ago, and within days, 5 patients had died, and 2 were hospitalized.

A sickening twist is that the facility put up a memorial wall for those that died, and when the health officials came back to give the second jab, they set up shop right directly in front of the memorial wall.... my husband said it sickened him to see it.

Some of the employees who got the jab got sick too, and some turned down the second shot. For now, it is still voluntary, but slowly, I hear of more and more employers making it mandatory...something I cannot understand how it is legal for an employer to force you to get a medical procedure that you don't want... who are they to tell you what to do with your body? If n oone is liable for the injuries, it should not be legal to force it on anyone. If my employer tries to force, I will tell them to sign a notice of liability that they will pay all my medical expenses and pay my family if I die... of course, they wouldnt do it...but I will walk away and go live in a cave before I allow this

Seems like all the new "possible" "maybe" "could be" strains comes for countries that are conducting fase III trails for the all new, superduper, "nothing to see here" wonderdrug of AstraZeneca. UK, South-Africa and Brazil.

"The primary analysis of the Phase III clinical trials from the UK, Brazil and South Africa, published as a preprint in The Lancet confirmed COVID-19" 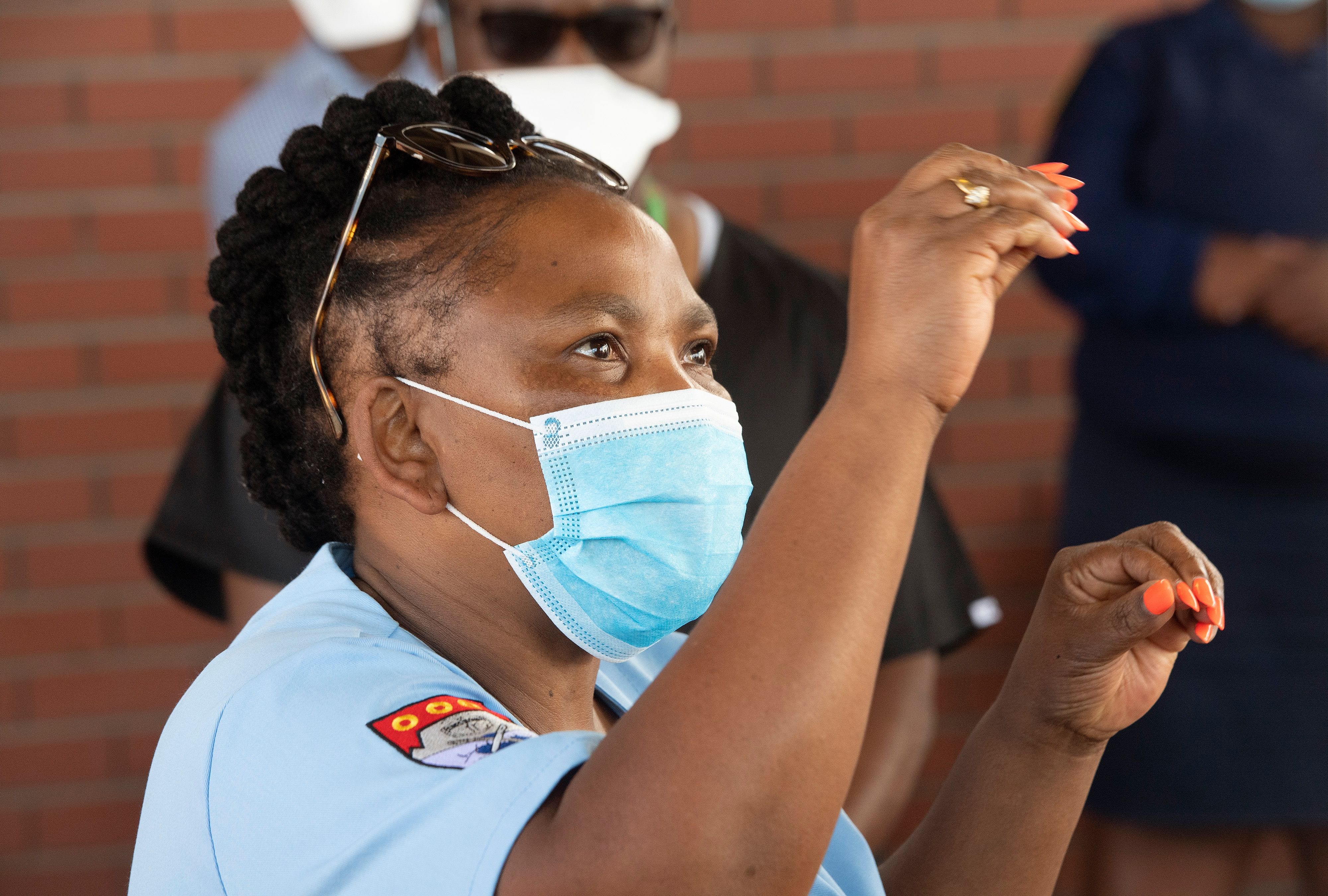 Scientists are uncertain that existing vaccines will be effective against this new mutation. 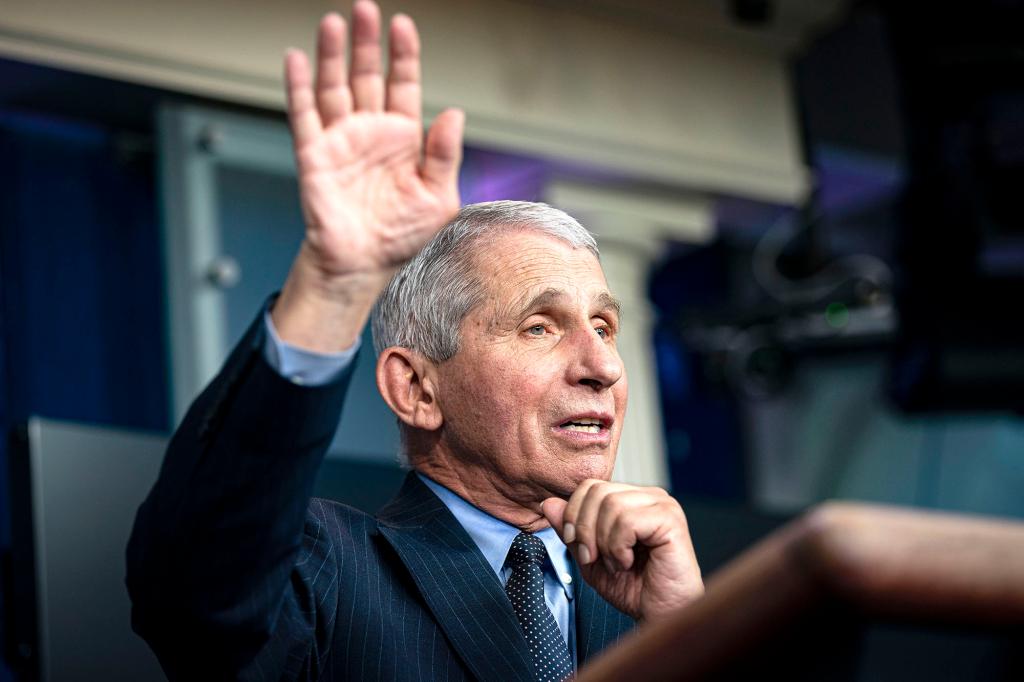 Dr. Anthony Fauci on Sunday warned that new data suggests that the strain of COVID-19 that first emerged in the United Kingdom could be deadlier. “We need to assume now what has been circulat…