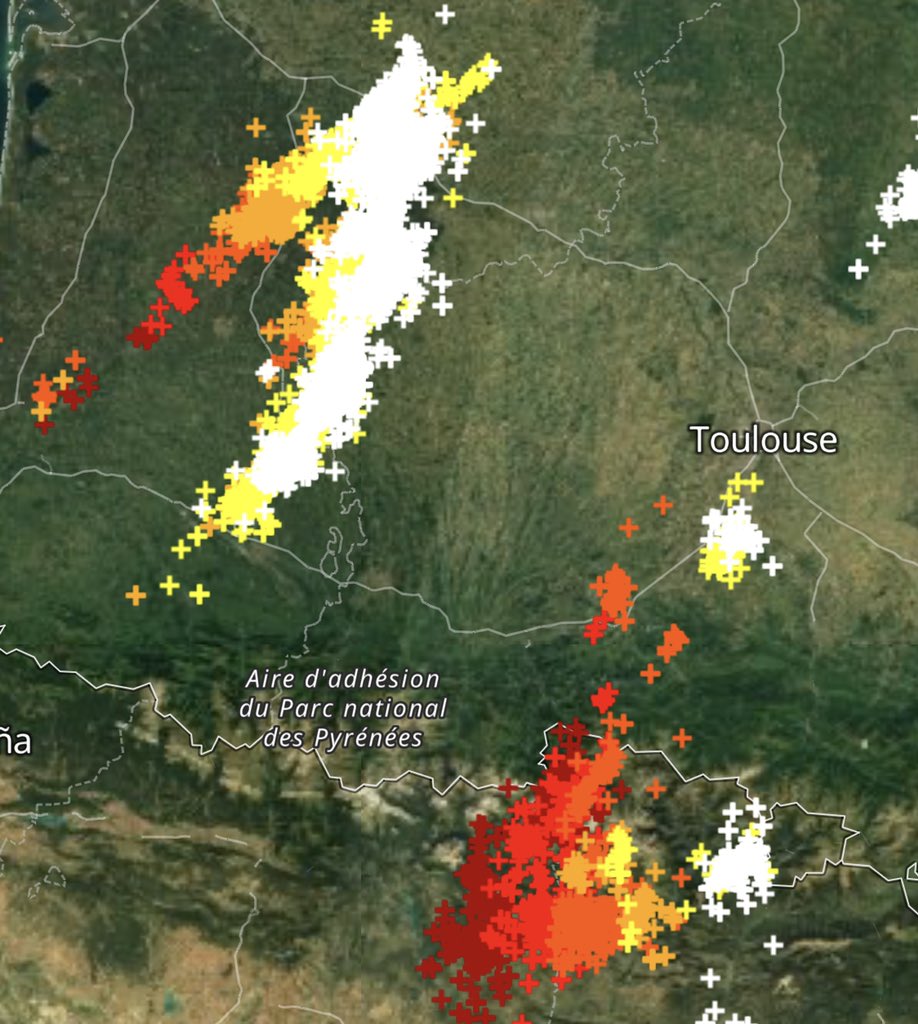 Myth: If it's not raining or there aren't any clouds overhead, you're safe from lightning.
Fact: Lightning often strikes several miles from the center of a thunderstorm, far outside the rain or thunderstorm cloud. In fact, "bolts from the blue" can strike as far as 10 miles out from the parent thunderstorm. That's why it's important to seek shelter at the first indication of a thunderstorm and stay there until 30 minutes after the last clap of thunder.
Click to expand...

Seven horses were killed by a lighting strike in Maarheze on Wednesday afternoon. According to vet Carolien van der Ploeg, the lightning likely struck an electric fence near which the horses were at the time, BN De Stem reports (in Dutch).

The owner of Paardenrusthuis Ogier, a kind of retirement home where old horses spend their last years, happened to be in the pasture when it happened. The weather suddenly turned bad at around 2:00 p.m., he said to the newspaper. The horses, some 26 in total, gathered together and walked into the meadow. "Horses usually stand with their behinds against the wind so that their heads don't get wet," the owner explained. After a while, the horses came back. Not together, but scattered. "I thought that was strange. As they came closer, I saw in the distance piles on the ground. Bad news, I thought immediately." He drove closer on his tractor and saw the seven dead horses, side by side on the ground.

"They definitely died from lightning strike. The burns and discolorations under the tail confirm this," vet Van der Ploeg said to the newspaper. This happens from time to time, but mostly only to individual animals. That says something about the size of the lightning strike, Van der Ploeg said. "The storm was so violent. I think they died in one fell swoop, that the horses suffered no pain. A little bit of luck in an accident, if you ask me."
Click to expand...

Moderator
FOTCM Member
Twitter video of lightning striking a house. It seems to have been taken with one of those doorbell cameras. The tweeter claims it happened yesterday, and i don't recall seeing the video before, although it's funny because these close-calls seem to be happening more often that it's becoming harder to keep track.

I thought it was interesting that the owner of the horses told the media that it was as if a house was on fire. He also said that big balls of fire were coming down together with lighting strikes: 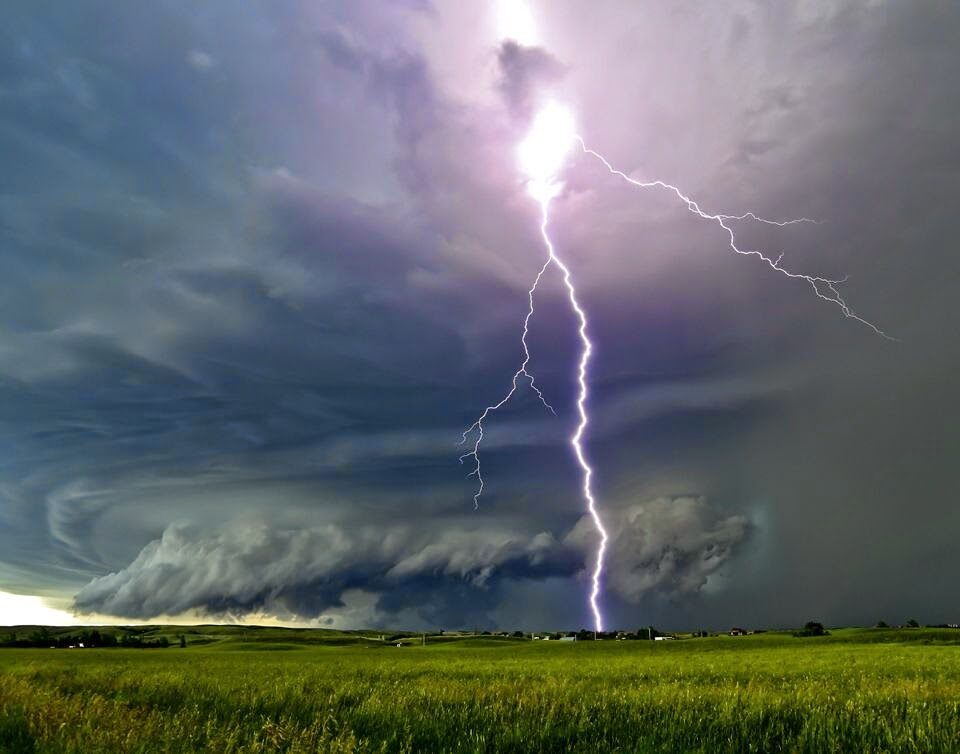 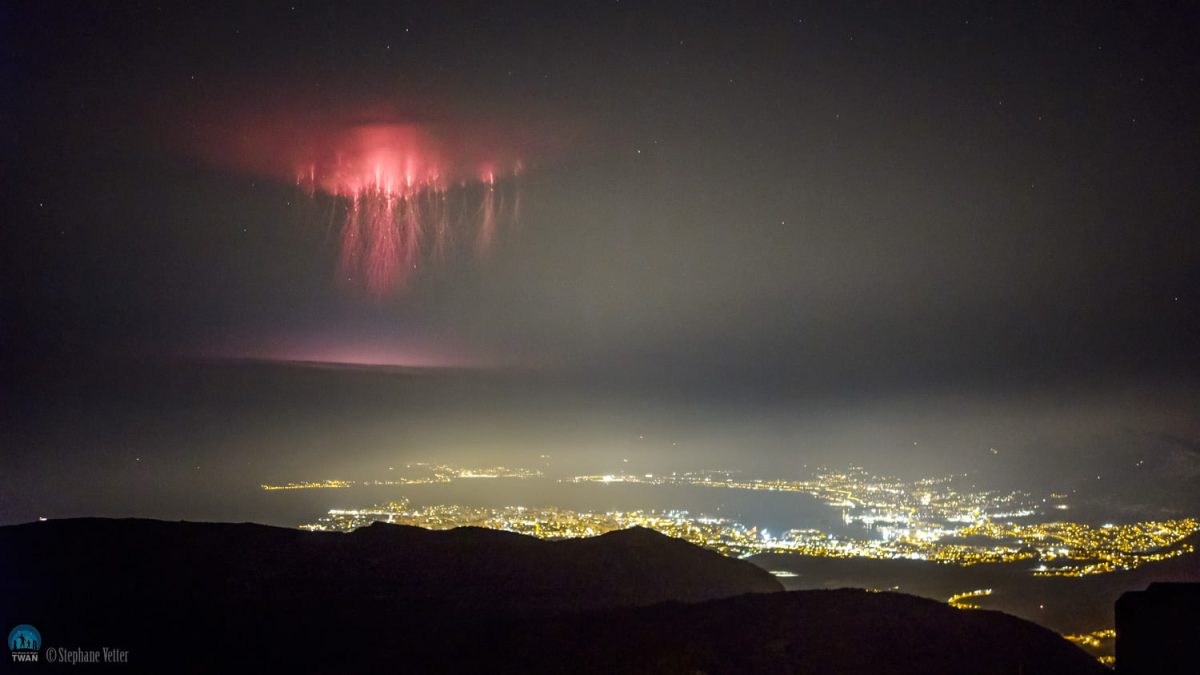 According to the estimate of this photographer, the firefighters were at a distance of 329 to almost 500 kilometers. The latter were created above the storm cumulonimbus over the Italian region of Tuscany.

A rare meteorological phenomenon, firemen, was photographed by the famous French photographer Stephane Vetter from the Zvjezdano selo Mosor observatory in the Gornje Sitno settlement in Split on the night of October 4-5.

In the space of a few hours, he filmed this light phenomenon from the terrace of the Mosor observatory, which was happening above the storm system over Italy, reports Dalmacija today .

According to the estimate of this photographer, the firefighters were at a distance of 329 to almost 500 kilometers . The latter were created above the storm cumulonimbus over the Italian region of Tuscany. The fire pit is formed at an altitude of about 70 kilometers as a short-lived light phenomenon in the form of fire flames directed downwards. The phenomenon can reach 90-100 kilometers in height, ie all the way to the ionosphere. It is a phenomenon of primarily red color , from the upper part of which branches like flames stand out, descending into the lower layers of the atmosphere, up to 25-30 kilometers into the stratosphere, and at the same time become bluish.

What The Heck Was This Blue 'Luminous Event' Photographed From The Space Station?

On October 8, French astronaut Thomas Pesquet captured something strikingly rare from on board the International Space Station (ISS).

What The Heck Was This Blue 'Luminous Event' Photographed From The Space Station?​

11 OCTOBER 2021
On October 8, French astronaut Thomas Pesquet captured something strikingly rare from on board the International Space Station (ISS).
The photo – which is a single frame taken from a longer timelapse – might look like it shows a cobalt bomb exploding over Europe, but this scary-looking blue light didn't do any damage. In fact, most people would never have noticed it happening.
Instead, the frame shows something far less ominous called a 'transient luminous event' – a lightning-like phenomenon striking upwards in the upper atmosphere.
Also known as upper-atmospheric lightning, transient luminous events are a bunch of related phenomena which occur during thunderstorms, but significantly above where normal lightning would appear. While related to lightning, they work a little bit differently.

FOTCM Member
Sorry i can't translate where is it.
November 30

FOTCM Member
U.S. ~Nov 23
Strange lightning and ball of light/plasma. The speaker does not clarify what place in US.

CCTV footage in Jakarta, Indonesia has captured a security guard who luckily survived a direct hit by lightning, according to local media.

The 35-year-old, working as a guard for a company dealing with heavy machinery in the north of Jakarta, was on duty when lightning struck him.

In the video, shared by an Indonesian media company and reposted on social media, the man can be seen walking in the rain under an umbrella, with what looks like huge military vehicles parked in the area. Some 15 seconds after he enters the frame, a blast and sparks can be seen in the very place he walked, and the footage then shows him lying on the wet ground. He fails to get up, and people run toward him.

The incident happened earlier this week, local media reported on Sunday, adding that police have confirmed the news.

The man survived, having suffered burns to his hands, according to Detik News. He was initially treated at a hospital, but is now recovering at home. It is believed the guard’s walkie-talkie, which he had in his hands, attracted the lightning discharge.

The odds of being struck by lightning depend on a number of factors, including geographic location. For instance, deaths from such a cause annually reach hundreds in India, while in the US lightning kills an average of 50 people a year. Those who survive, may suffer cardiac arrest, severe burns, and lifelong brain damage. Men are targeted by thunderbolts more often than women, according to the US Centers for Disease Control and Prevention (CDC), which states that around 85% of lightning fatalities are men. Carrying an umbrella is also believed to increase chances of a direct hit, as it makes a possible target higher.