A couple of months ago driving to the farm, we witnessed a rare phenomena - red lightning. We were completely mesmerised, it was if there was a battle going on. It wasn't normal lightning, it came in waves and there was no sound and no thunder. Apparently red lightning is a very rare phenomena.
When we arrived at the farm 12 minutes later we were surprised that the red lightning was still going on. We sat there watching the show for a good 20 minutes. As we sat there we remembered that we had seen the exact same thing taking place in the exact same place about 6 months ago.
I didn't have a decent camera with me so I found a video that resembles what we saw.


Another incident of red lightning. I remember back in 2005 when I lived in another location that we saw an almighty battle going on - red forces on the left would attack the force on the right. Then a few seconds later the the force on the right would retaliate. It was so awesome to watch. It inspired real belief that what we were seeing was a cosmic battle.

It happened in 2005 when USA was beating the drum of war with Iran. It affected the whole city and stories started circulating that the old men of the city were sitting outside the coffee shops and were convinced that the war had started with Iran. The sky was so blood red. Iran is across the Persian Gulf.

We live in a very interesting area of the world!

Science of how red sprites and blue jets form over thunderstorms. Some of the greatest red sprites ever caught on camera with easy to understand explanations including a new discovery are highlighted in this video. Explore the colorful world of Transient Luminous Events including gigantic jets, elves, halos and more as they are initiated by massive horizontally extensive lightning flashes in thunderstorms far below.

RED SPRITES and BLUE JETS EXPLAINED On rare nights with clear visibility over powerful distant thunderstorms, you might be able to see and capture red sprites. Sprites are large scale electrical discharges occurring high above thunderstorms in the upper atmosphere. They are massive events, sometimes 50 kilometers tall by 50 kilometers wide. Sprites belong to a mysterious and colorful group of phenomenon called Transient Luminous Events, or TLEs. Other TLE’s include halos, Elves, trolls, secondary jets, Blue starters, Blue jets and the magnificent gigantic jets. But what exactly are these transient luminous Events, and how do they form?

In 2019 I teamed up with one of the most successful TLE photographers in the world, Paul Smith. Our objective was to simultaneously document TLEs from different locations to help US understand and CAPTURE them better. We didn’t know what we would find, if anything… But we never expected to DISCOVER a NEW TLE.
Click to expand...

FOTCM Member
There is a huge uptick in lightning in various parts of North America. Recently we experienced the same uptick today in my own city. Almost 87,000 Lightning Strikes Struck Washington State on Saturday – It’s Nearly 2/3 the Annual Average. Anomalous weather in Washington: Almost 87,000 lightnings strike Washington State on May 30, 2020 - or nearly 2/3 the annual average!

whitecoast said:
There is a huge uptick in lightning in various parts of North America. Recently we experienced the same uptick today in my own city. Almost 87,000 Lightning Strikes Struck Washington State on Saturday – It’s Nearly 2/3 the Annual Average.
Click to expand...

Less than a week later there was an intense lightning storm over Toronto, Canada. 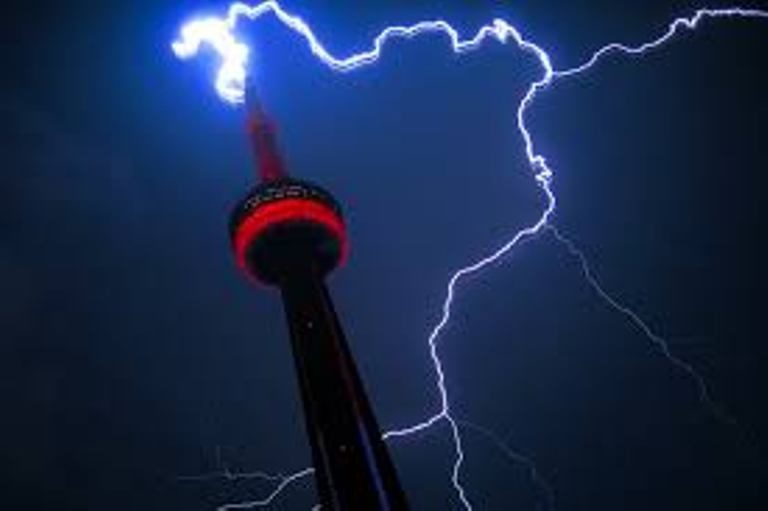 Toronto residents were in for a show last night, as the warm and sunny day transitioned into a dark and gloomy mess with heavy rains, accompanied by high winds, hail, thunder, and lightning. On Tuesday, Environment Canada warned of a "severe"...


https://twitter.com/i/web/status/1268006494945017856
4D battles reflecting on our reality as weather, and they seem to be intensifying. Most folk are completely unfamiliar with such a concept, or even the Electric Universe theory. So already we are getting comments like this one:

Then we have the surge in sightings of red sprites in recent years (which were once considered 'rare') and it seems the electrical nature of our weather and changing atmosphere is becoming ever more apparent. Specialist equipment isn't even needed to record these events anymore and more electrical phenomenon are being discovered: 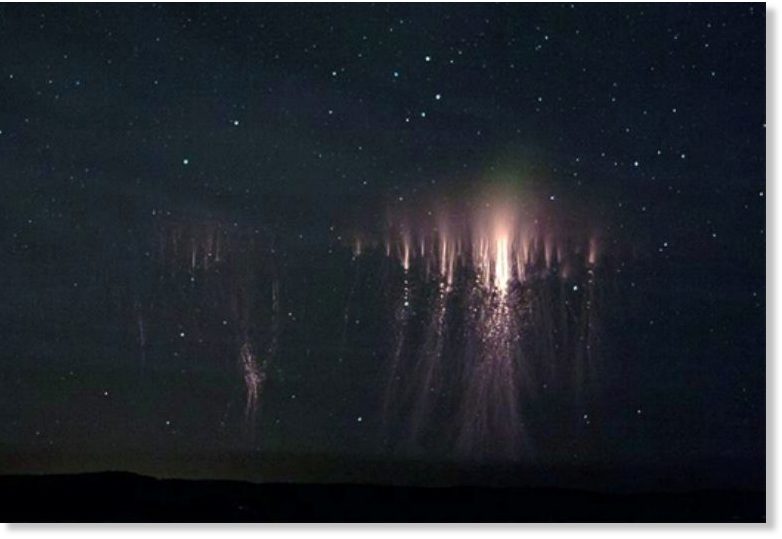 Want to discover something new? Keep an eye on the tops of thunderstorms. Sprites, trolls, elves and pixies: These are just a handful of the exotic phenomena that have surprised researchers monitoring cloudtops since the 1980s. In fact, a new one...

One wonders how soon it will be until we observe in the skies what the ancients recorded at times of global upheaval/climate shift. See: Symbols of Transition: Shifting sands unveil 'stick man' petroglyphs on Hawaii beach

whitecoast said:
There is a huge uptick in lightning in various parts of North America. Recently we experienced the same uptick today in my own city. Almost 87,000 Lightning Strikes Struck Washington State on Saturday – It’s Nearly 2/3 the Annual Average.

Anomalous weather in Washington: Almost 87,000 lightnings strike Washington State on May 30, 2020 - or nearly 2/3 the annual average!

This video concerns lightning on June 4th in Washington D.C. It shows lightningstriking the Washington monument (12 seconds in).:

These 2 new megaflashes more than double the previous records. 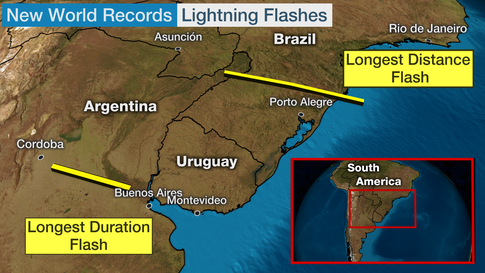 Two flashes of lightning have recently been confirmed as record-breakers. Here's how they formed. - Articles from The Weather Channel | weather.com

Ambassador
FOTCM Member
Lightning strikes killed 147 people in the north Indian state of Bihar over the last 10 days. As the article says, apparently this year's toll in Bihar has already surpassed the total number of deaths recorded annually for the state over the past few years, even though the monsoon season has just started. Article about recent lightning all over the world Lightning apocalypse: 2 dead in Pennsylvania and Georgia, 315 deaths in India,more than 300,000 strikes in Australia - Strange Sounds

Lightning apocalypse around the world: 2 dead in Pennsylvania and Georgia, 315 deaths in India,more than 300,000 strikes in Australia.


https://twitter.com/i/web/status/1294873907921592320
The electrical activity was particularly intense between last night and the middle of the night in the west of France, as evidenced by this animation of lightning strikes. Source @Meteorage__ 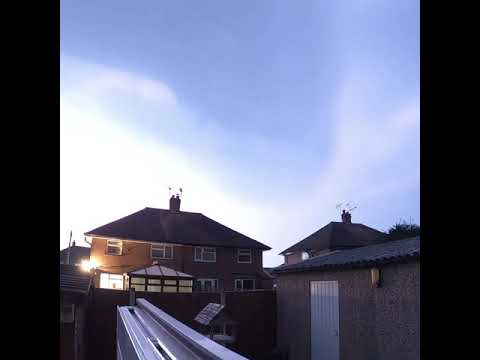 ) and now severe thunder and lightning since early this morning - it’s definitely not the norm for the season. Of course what has been this year...???

Official Public Alerts Help Center where you can find tips and tutorials on using Public Alerts and other answers to frequently asked questions.
www.google.org

maxwell1110 said:
Considering the day before we were having record heat (107

) and now severe thunder and lightning since early this morning - it’s definitely not the norm for the season. Of course what has been this year...???
Click to expand...

It's a rare sight for thunder and lighting to rock the Bay Area. As the skies sparked Saturday night and through Sunday morning, it's not a surprise that many of you got out your phones and cameras to capture the spectacle. 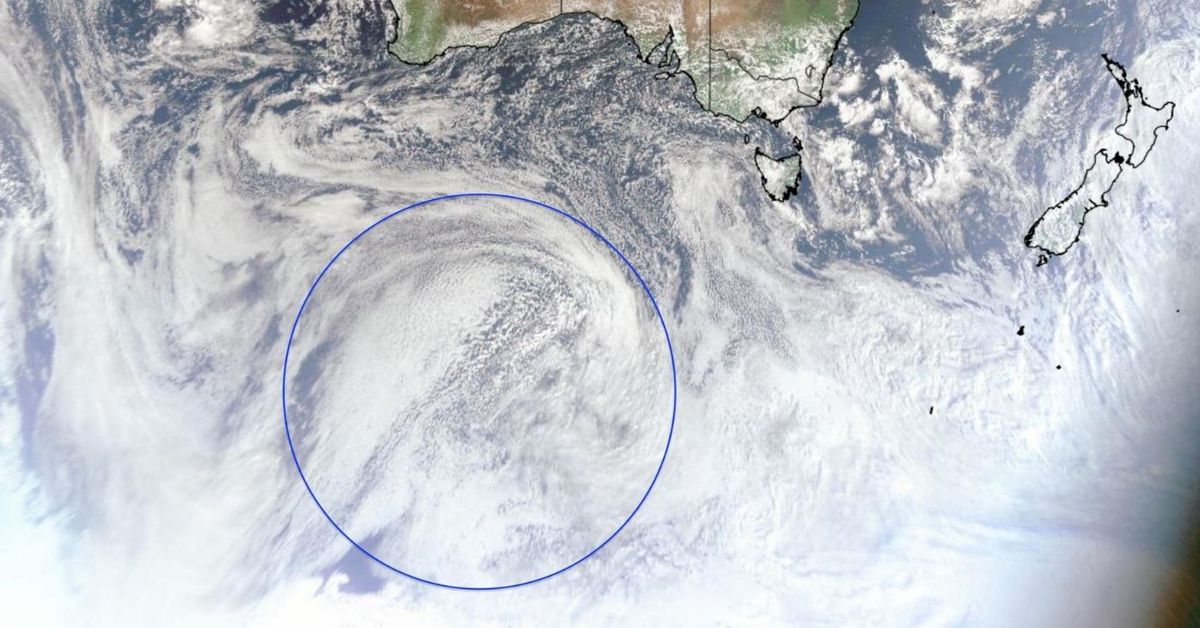 www.9news.com.au
8:03pm Aug 21, 2020
A large mass of icy air moving from Antarctica is set to bring a rare "thundersnow" event to Australia's south this weekend.
The phenomenon would see a mix of lightning and snow hit areas around the nation's southeast coast.

Global weather satellites have captured detailed images of the polar-temperature air mass, which looks like a large wave of speckled cloud cover heading north over the Southern Ocean. 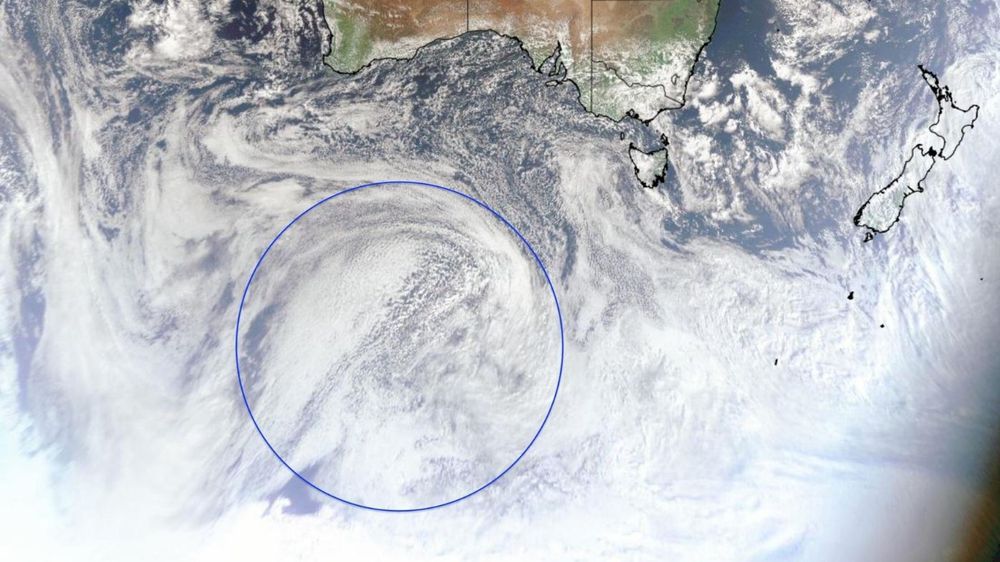 "The Antarctic air will continue to spread over south eastern Australia between now and Sunday, causing a wintry mix of wind, rain, hail and snow in multiple states," Weatherzone meteorologist Ben Domensino said.

"Some areas could see thunderstorms and a few places may even witness rare thundersnow (lightning and snow at the same time)."
Hobart, Melbourne, Canberra, Sydney and Adelaide are all forecast to see drops in minimum temperatures into the single figures from tomorrow onwards due to the sudden cold snap.

The icy blast has already brought rain, snow and hail to parts of Victoria with snow hitting near Ballarat and Linbrook being hit by a strong hail storm.

A severe weather warning remains in place for the south-west and west Gippsland coasts and through the alpine peaks.

A low sitting over Tasmania will continue to spin up showers and icy cold winds for the next few days.

The intense weather system comes as the Bureau of Meteorology declared Australia now faces three-times the normal likelihood of experiencing dangerous weather events linked to colder conditions as part of an atmospheric phenomenon not seen since 2017.

The weather agency updated its El Niño–Southern Oscillation (ENSO) outlook yesterday to say the country is now on alert for a 70 per cent chance of La Niña forming before the end of 2020.

La Niña is a phenomenon caused by strong winds over oceans around the equator, such as the Pacific Ocean, that stir up colder waters and cause sharp shifts in on-land weather conditions.

The last time a significant stretch of La Niña happened in Australia was between December 2010 and March 2011 and that resulted in the country's wettest two-year period on record.

* THUNDERSTORMS...Isolated to scattered dry thunderstorms will
develop Sunday afternoon and into Monday morning. An additional
round of thunderstorms are expected to arrive later Monday into
Tuesday. Dry thunderstorms may become wet as the event
progresses.

* IMPACTS...Lightning will likely spark new fires across the
region, including remote areas. Wildfires in remote regions may
not become apparent until warmer and drier conditions allow them
to grow. Please report potential fires to local CALFIRE or
SHERIFF offices.
Click to expand...

The National Weather Service is your best source for complete weather forecast and weather related information on the web!