Now thanks to the help of Polish psychiatrists, anyone who does not wear a mask will be psychopathic or narcissistic! Thank you to these "psychiatrists" for having brought out this "fabulous" idea which will of course be taken up by the WHO.
Maintenant grâce à l'aide de psychiatres polonais, toute personne qui ne portera pas de masque sera psychopathes ou narcissique ! Merci à ces "psychiatres" d'avoir fait émerger cette "fabuleuse" idée qui, sera bien sûr reprise par l'OMS 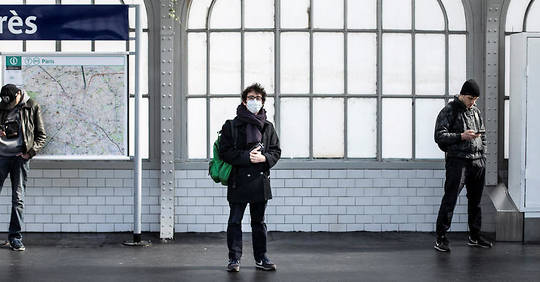 As I've already written it is without counting on the refractory Gauls but unfortunately they are not all like me, I'm Celtic/British and we have the reputation of having a hard head...

As I've already written it is without counting on the refractory Gauls but unfortunately they are not all like me, I'm Celtic/British and we have the reputation of having a hard head...
Click to expand...

Administrator
Moderator
FOTCM Member
Here is an equivalent in English: 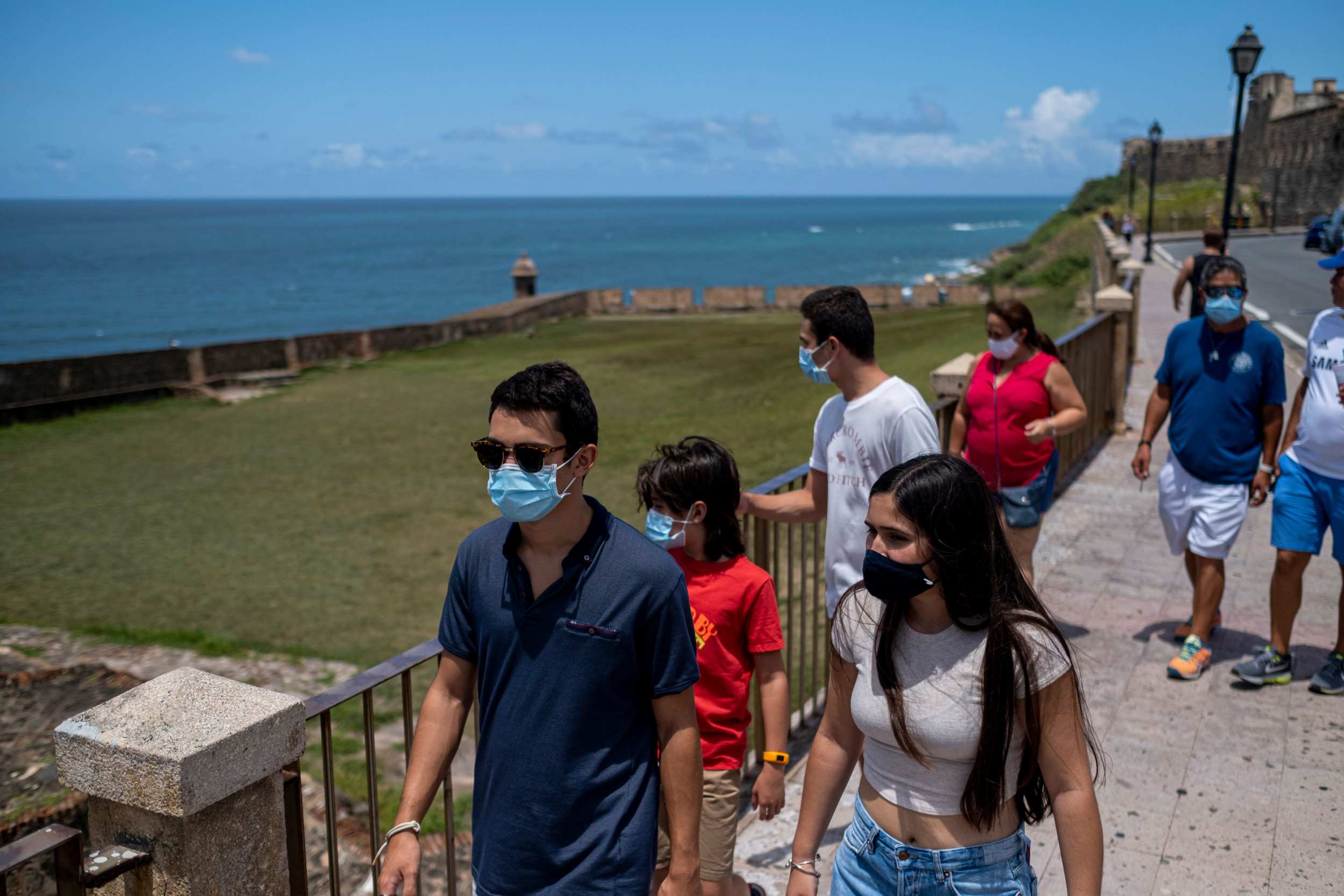 Narcissists and psychopaths are more likely to refuse to wear masks

Two new studies find links between Dark Triad personality traits and noncompliance with coronavirus restrictions, although the correlations are minor compared to factors other than personality.

Two recent studies looked at the relationship between personality traits and reactions to restrictions put in place to slow the spread of the coronavirus COVID-19. Researchers found that people possessing so-called "Dark Triad" traits—narcissism, psychopathy and Machiavellianism—were less likely to comply with restrictions or engage in preventative measures against the pandemic. However, researchers also emphasized the small role personality traits have in the overall response to pandemic restrictions, like face-mask mandates and social-distancing requirements.

Both studies, which, combined, surveyed more than a thousand people in Poland, were published in the peer-reviewed academic journal Personality and Individual Differences.

In "Adaptive and maladaptive behavior during the COVID-19 pandemic: The role of Dark Triad traits, collective narcissism, and health beliefs," researchers Bartłomiej Nowaka and Paweł Brzóska of the SWPS University of Social Sciences and Humanities in Poland, along with co-authors at other universities, surveyed 755 people between the ages of 18 and 78 in the second half of March—in the third and fourth weeks of government pandemic restrictions.

The study used a combination of existing diagnostic tools for evaluating Dark Triad traits and a "Health Belief scale" modified to evaluate people's perceptions regarding the severity of, and their susceptibility to, COVID-19. Finally, the researchers asked questions to determine how likely participants were (on a one-to-four scale, from "definitely not" to "definitely yes") to engage in both preventive measures like decontamination and hoarding measures like stockpiling food.

Respondents demonstrating Dark Triad traits—so-called because their malevolent (or "dark") qualities correlate with more crime, less compassion and dangerous leadership qualities—were more likely to hoard and less likely to take preventive measures. People with Dark Triad traits more often believed they were highly susceptible to the virus, while also believing less in the efficacy of their own actions, qualities that "partially explained" their reluctance to take preventive measures like frequent hand washing and limiting non-necessary trips outside the home.

"Participants higher on the Dark Triad traits seemed to be concerned with negative aspects of prevention and not consider the benefits of it," the researchers wrote.

The results correspond well with previous research into individuals with Dark Triad personality traits, who tend to be more impulsive, short-sighted, competitive and risk-taking. Dark Triad traits have even been linked to bad health outcomes, including shorter life expectancy.

The paper "Who complies with the restrictions to reduce the spread of COVID-19?: Personality and perceptions of the COVID-19 situation," written by Marcin Zajenkowski of the University of Warsaw and three other researchers—also published in Personality and Individual Differences in June—found similar correlations between individual personality differences and compliance with pandemic restrictions.

Analyzing responses gathered during the last two weeks in April ("the height of restrictions in Poland"), from 263 people from Poland between the ages of 18 and 80, the study looked at both personality traits and differences in individual perceptions of the pandemic.

Participants, none of whom had been infected with coronavirus, were measured for both Dark Triad and "Big Five" personality traits—extraversion, agreeableness, openness, conscientiousness and neuroticism. Individual perceptions of the COVID-19 pandemic were also measured, using an existing diagnostic framework which describes people as perceiving situations along eight dimensions, including the obligations of Duty, the need for Intellect, the possibility of Mating, the opportunity for Deception or Sociality, the presence of Adversity and the situation's positive or negative dimensions.

The results showed that compliance with preventive measures were associated with lower Machiavellianism, psychopathy and narcissism, with Dark Triad traits generally accounting for a slightly higher variance between individuals than Big Five personality trait measures.

However, the study also found that individual perceptions of the coronavirus pandemic situation accounted for the most variance. Using certain statistical methods, individual personality traits became almost negligible in measuring responses, while perception of the situation more substantially predicted the likelihood of complying with restrictions like face-mask and social-distancing mandates. According to the study's authors, this suggests that "COVID-19 served as a 'strong situation' driving compliance more than personality."

So while both studies validate inferences from Dark Triad traits—such as the hypothesis that Machiavellianism and its power-seeking cynicism may lead to rejection of government coronavirus restrictions as a challenge to the individual's illusion of power—the findings presented in "Who complies with the restrictions to reduce the spread of COVID-19?" suggests that people's individual understanding of the pandemic reality outside of themselves is more consequential than the personality traits they already possess.

"Generally, we found that the way people perceived the situation explained more variance in compliance than the Big Five traits and the Dark Triad traits," Zajenkowski and his co-authors wrote, in discussing their results. "This finding supports the 'strong situation hypothesis' according to which personality traits have less room to play an important role in predicting behaviors when situational cues overpower dispositional tendencies."

So while the study found that "being rivalrous, caring little for others, and cynical and power-seeking may create a 'perfect storm' of dispositions that lead to an unwillingness to comply in a combative way," the researchers also agreed that individual personality traits can only explain a small part of the overall variance in people's responses to pandemic restrictions.

"It may be that other individual differences may be more important," the researchers wrote in a section discussing the limitations of their conclusions. "For instance, people might differ in terms of educational background and their general medical knowledge, risk preferences, or they might simply mistrust the government, all of which can influence their willingness to comply with the restrictions. Additionally, social values, fundamental motives, and moral foundations may be worth exploring in subsequent research to understand compliance patterns."

The authors of both papers seem to concur on the limitations of looking at Dark Triad traits in explaining responses to COVID-19 measures.

"So-called dark personality is not as problematic in the face of the pandemic as one could assume. The most important is what such people think about the coronavirus and about adopting preventive measures," Magdalena Zemojtel-Piotrowska, a co-author of "Adaptive and maladaptive behavior during the COVID-19 pandemic," told PsyPost.

While psychopaths and narcissists may be less likely to comply with coronavirus restrictions, the evidence doesn't suggest that personality disorders are to blame for social-distancing failures and mask-mandate pushback.
Click to expand...

What a load of BS!!! Even if they try to "tone it down", it is still putting these ideas on people's heads. Be warned: now if you refuse to believe the propaganda and the totalitarian and completely unfounded measures regarding COVID19, you can be labelled a psychopath. You are not "agreeable" enough! 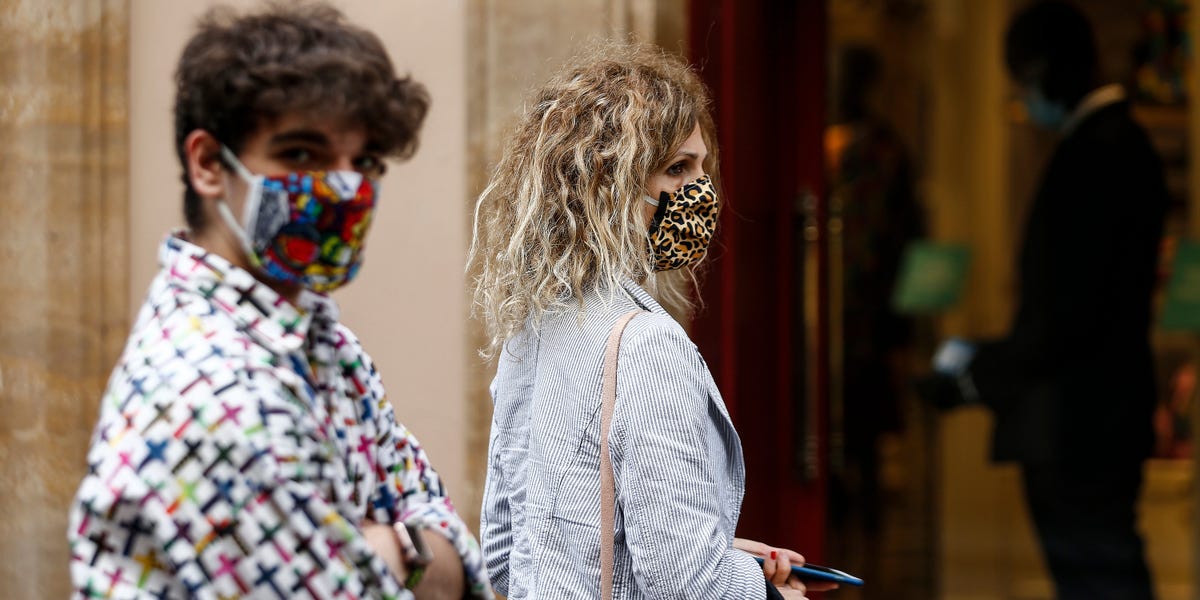 A preprint study looked at how people's personality traits could influence whether they partake in coronavirus pandemic health guidelines or not.