John O’Neill retired August 2001 as the FBI's counter terrorism head, to become chief of security at the World Trade Center, at 49 he was a three decade FBI veteran, who led the bureau's investigation of the October 12, 2000 terrorist bombing of the USS Cole in Yemen, and was involved in the terrorism trials led by Mary Jo White, US attorney in Manhattan.
Click to expand...

After contemplating retirement for a year or more, O'Neill took the World Trade Center job with Silverstein Properties in August 2001.

In April, the Port Authority granted a 99 year lease of the twin towers, and four other buildings to Silverstein for an estimated $3.2 billion. The deal, which allowed Silverstein to manage the complex and collect rent, was said by the Port Authority to be the most expensive real estate transaction in New York history.

O'Neill started as a clerk in 1972, became an agent in 1976, he went to New York to head intelligence for the FBI, about a year after the 1993 World Trade Center bombing.
Click to expand...

O'Neill's FBI career was not without controversy, during his investigation of the USS Cole attack

Abu Nidal the leader of the infamous Black September terror organization, was getting the blame.

O'Neill suspected Abu Nidal was a Mossad operative, and talked openly about it with other field agents.

Barbara Bodine, Jewish US Ambassador to Yemen when the USS Cole was attacked, started an intense political battle to oust O’Neill, she wanted to control the investigation, and resented the fact that there were hundreds of FBI personnel in the country, she complained to Madeline Albright US Secretary of State, that the FBI was overly aggressive, 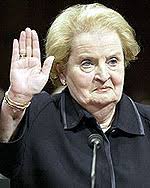 Albright took the matter up with the upper echelons of the FBI, finally going to the Zionist Jewish FBI Director Louis Freeh, who removed O'Neill from Yemen, and in July 2001 O’Neill resigned from the FBI.

O'Neill was missing for two days before 911, his body was discovered intact in the WTC ruins.
Click to expand...

On September 11, 2001, Jerome Hauer was a National Security Advisor with the National Institute of Health, a managing director with Kroll Associates, his background in counter terror and his specialized knowledge of biological warfare served him well on that day.
Click to expand...

On September 11, 2001 Jerome Hauer advised the White House to begin taking Cipro, an antibiotic which is effective against anthrax, Hauer's advice was not made public, and its value may have been underestimated at the time, but it was clearly demonstrated a week later, when the first anthrax letters appeared, and again three weeks after that, when anthrax appeared in letters to Democratic Senators Daschle and Leahy.

Hauer joined New York City's Office of Emergency Management (OEM) in 1998, and quickly obtained funding from the office of then Mayor Rudy Giuliani for the study of West Nile virus, the following year the virus appeared in the city, and Jerome Hauer led the fumigation effort.

Hauer managed the NIH response to the anthrax attacks, the anthrax used was identified as an Ames strain, which means it had to have come from the US Army Medical Research Institute of Infectious Diseases, at Fort Detrick Maryland. He received relatively good information for tracking down the origin of the anthrax, getting a list of people from various institutes, including USAMRIID at Fort Detrick, however his response was slow, and hidden behind a public relations campaign spreading such Orwellian claims as "suspects are Osama bin Laden and his Al-Q'aeda network," and "sympathizers to US right wing extremists."

Stephen Hatfill, at one time considered a prime suspect in this still unsolved case, had worked for USAMRIID at Fort Detrick, he had also worked with Jerome Hauer, for Scientific Applications International Corporation, at the Center for Counter Terrorism Technology and Analysis.
Click to expand...

On September 11, 2001, in addition to his job with the NIH, Jerome Hauer was also Managing Director of Kroll Associates, a well established security firm serving clients in the military and the US government, in the 1980s Kroll was known as the "CIA of Wall Street," because of the sorts of the people it hired, and the sorts of tasks they were assigned.

Kroll was in charge of overall security for the entire World Trade Center complex, at Hauer's behest, Kroll had hired John O'Neill, his first day of work would be on September 11, 2001, O'Neill had resigned his post as Deputy Director of the FBI, during the summer very unhappy with the Bush administration's head in sand approach to terror, after investigations into the attack on USS Cole had been blocked.

John O'Neill was sure Abu Nidal was an Israeli intelligence asset, who was getting the blame for the job on the Cole, he knew FBI investigations into Nidal's links to Mossad, had been shut down in the summer of 2001, he also would have known that Osama bin Laden would have been incapable of inflicting the amount of damage the US suffered on 911.

In other words, if the conspirators were hoping to spread a Big Lie about Osama bin Laden, they would have had to silence John O'Neill, and what better way than to entomb him at the scene of the crime?
Click to expand...

On the morning of September 11 2001, Jerome Hauer outlined the official conspiracy story to Dan Rather and his viewers on CBS... read the following transcript!

Hauer was surprisingly “accurate” with his foreknowledge of how the official story would later appear to confirm all of his initial presumptions despite the chaos surrounding the attacks in the hours after they took place.

Dan Rather: Based on what you know, and I recognize we’re dealing with so few facts, is it possible that just a plane crash could have collapsed these buildings, or would it have required the prior positioning of other explosives in the buildings?

Jerome Hauer: My sense is just the velocity of the plane, and the fact that you have a plane filled with fuel hitting that building that burned, the velocity of that plane certainly had an impact on the structure itself, and then the fact that it burned, and you had that intense heat, probably weakened the structure as well, I think it was the planes hitting the buildings causing the collapse.

Compare Hauer's statement with that of the Harley Shirt Guy who says says: "...The plane come out of nowhere and just rammed right into the side of the twin tower, exploding through the other side...and then I witnessed both towers collapse, one first then the second, mostly due to structural failure because the fire was just too intense."
Click to expand...

Dan Rather: What perspective can you give us, there have been these repeated reports that Osama Bin Laden ...as responsible for these kinds of events, many intelligence people at very high levels say, you can’t have these kinds of attacks without having some state, Iraq, Iran, Libya, Syria, somebody involved... put that into perspective for us.

Jerome Hauer: Yeah, well I’m not sure I agree that this necessarily state sponsored, it certainly has the fingerprints of somebody like Bin Laden!!

It's long been know that the anthrax spores used to attack the USA starting in 2001 were developed at a US laboratory, sources have recently come forward tying two of the fatalities in flight 447 to the lab where that anthrax strain was developed and researched. Richard Essen, a biotech researcher and James Reidner, a "public sector release agent" were both employed at the U.S. Army Medical Research Institute of Infectious Diseases - known as USAMRIID - at Fort Detrick, Md., in the late 1990s.

This lab was the source of the Anthrax spores that terrorized America in the aftermath of the 9/11 bombings. Reidner's job was much the same as it had been for most of his government career, to evaluate government technology for possible sale to the public sector.
Click to expand...

What Could Go Wrong? It's His Job to Know

JERRY HAUER, to put it bluntly, likes guts. Meaning viscera, innards, the stuff things are made of.

There is one story he tells in which this fascination is quite literal, another illustration, a bit more metaphorical, is hard to miss when you walk into his office on the 23d floor of 7 World Trade Center, otherwise known as ''the bunker,'' the $13 million bulletproof, hurricane-proof, blackout-proof emergency crisis center opened by the city last month.

Mr. Hauer's office looks nothing like a bunker. It has comfortable chairs and picture windows that frame the Woolworth Building. But in one corner there is also a big stack of mismatched bricks that attests to the unusual function of this office and the unusual fascinations of its holder.

As the city's chief emergency manager, Mr. Hauer oversees the response to building collapses, of which there have been no shortage over the last three years. And as he has sifted through piles of rubble, he has made it a point to squirrel away a chunk of each disaster. He has a brick from 540 Madison office tower; partial facade collapse, Dec. 7, 1997, one from the entrance to the Selwyn Theater collapsed Dec. 30, 1997 and from an apartment building at 172 Stanton Street partial collapse; demolished Jan. 24, 1998.

There's also a piece of steel about the size of a slice of bread, a cross section of the beam that fell from the upper deck of Yankee Stadium on April 13, 1998, forcing it to close.

When he found out someone was about to put the beam in a Dumpster, he almost lost his temper. ''I said, 'Don't throw it away! That was two weeks of my life.' '' Those weeks were, he adds dryly, ''loads of fun.''

For much of his professional life, it has been the task of Jerome M. Hauer, 47, to know a lot about how things work so that when they stop working -- when they fall down, when they get blown down or blown up, when they freeze or burst or burn out -- he knows what to do. Like all self-described emergency junkies, he sits around all day thinking up horrifying ways for things to be destroyed and people to die and then hoping that all his plans stay on the shelf.

Hauer is obviously in on it.
Click to expand...