FOTCM Member
'Will solve nothing.' 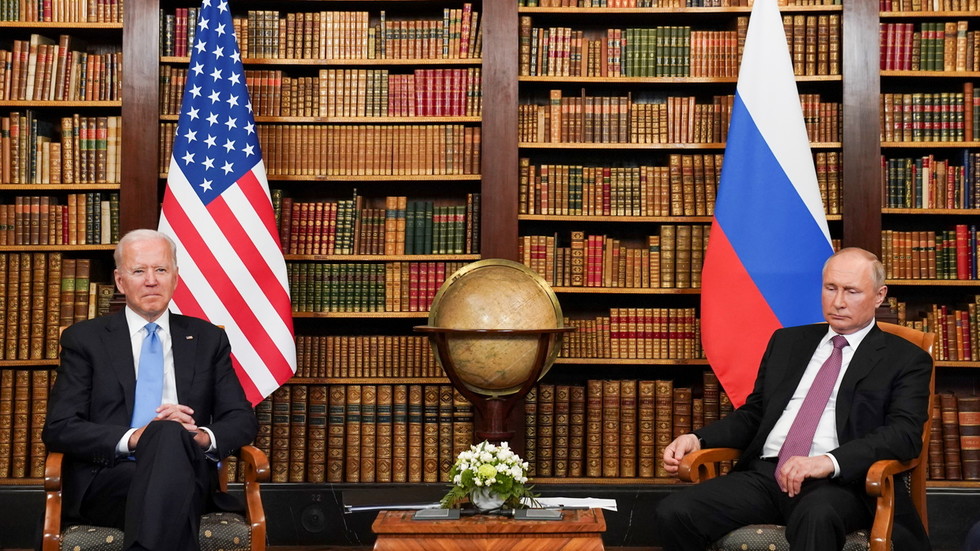 A worsening diplomatic standoff in Europe is one of the key issues to be discussed in talks between Russian President Vladimir Putin and his American counterpart, Joe Biden, Moscow has claimed as tensions mount on the continent.

FOTCM Member
'US cowboyish agenda: Biden gives shit about the Russia's red lines, while trying to press Putin to accept the US 'red lines'.' 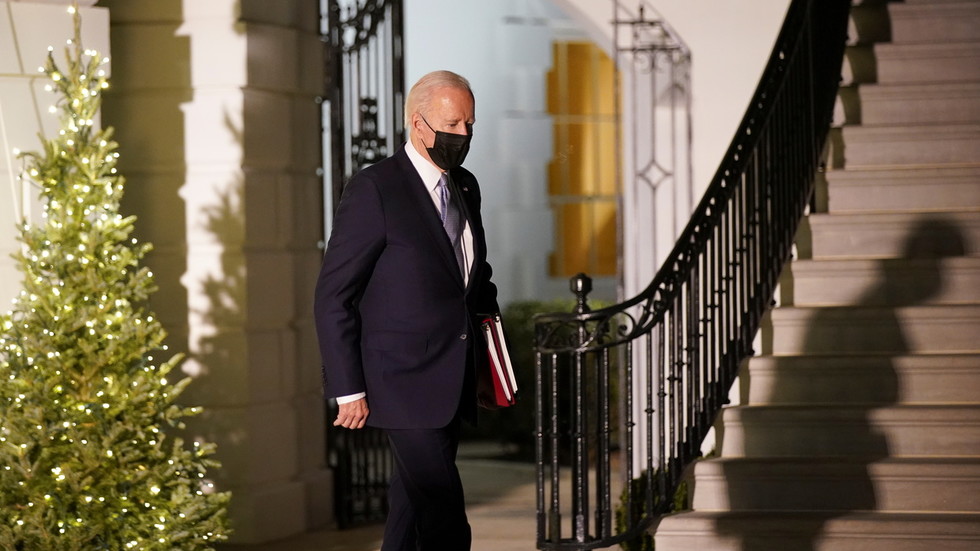 US President Joe Biden has vowed to hold lengthy talks with his Russian counterpart, Vladimir Putin, on the issue of Ukraine, but insists he will accept no warnings about “red lines” from Moscow. 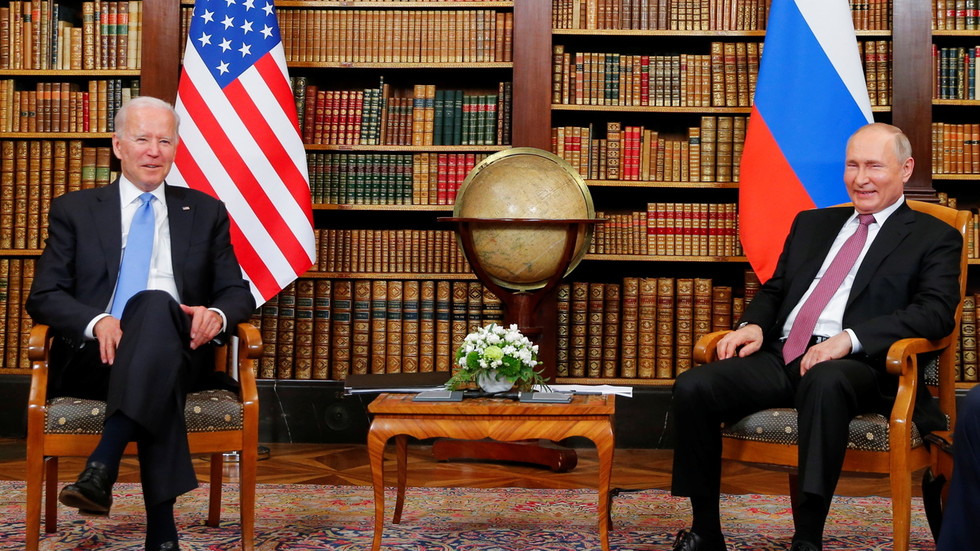 According to Zakharova, the West is using this tactic because "it cannot any longer stay within the field of legal relation" on equal conditions

FOTCM Member
'Provoke and run: The US 'allies' will do the dirty work.' 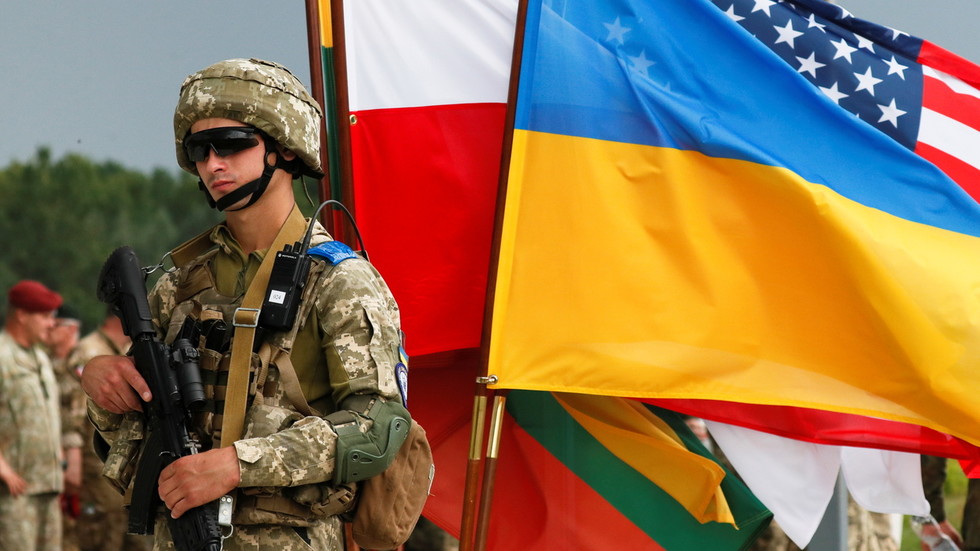 US makes war promise to NATO members on ‘eastern flank’

The US would not send troops into a conflict between Russia and Ukraine, Washington has said ahead of Thursday's summit between US President Joe Biden and his Russian counterpart Vladimir Putin.

CIA director: We don’t know what Putin has decided on Ukraine

CIA Director William Burns has said that American intelligence agencies have yet to conclude decisively that Russia will invade Ukraine. 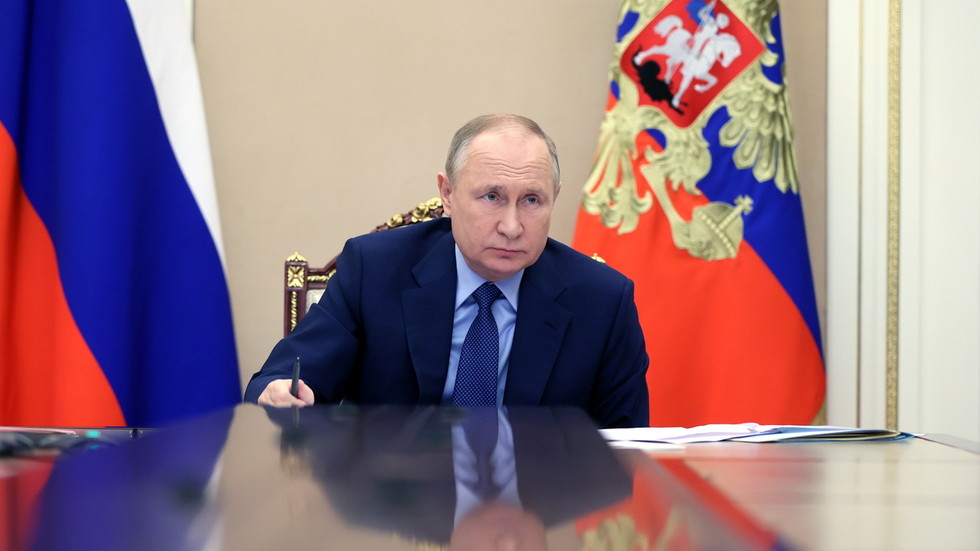 ‘Criminal’ for Russia to allow NATO move into Ukraine – Putin

Russia has legitimate fears over the risk of American military hardware being stationed close to its borders, the country's president, Vladimir Putin, has said, insisting he still hopes talks with Washington can ease tensions. 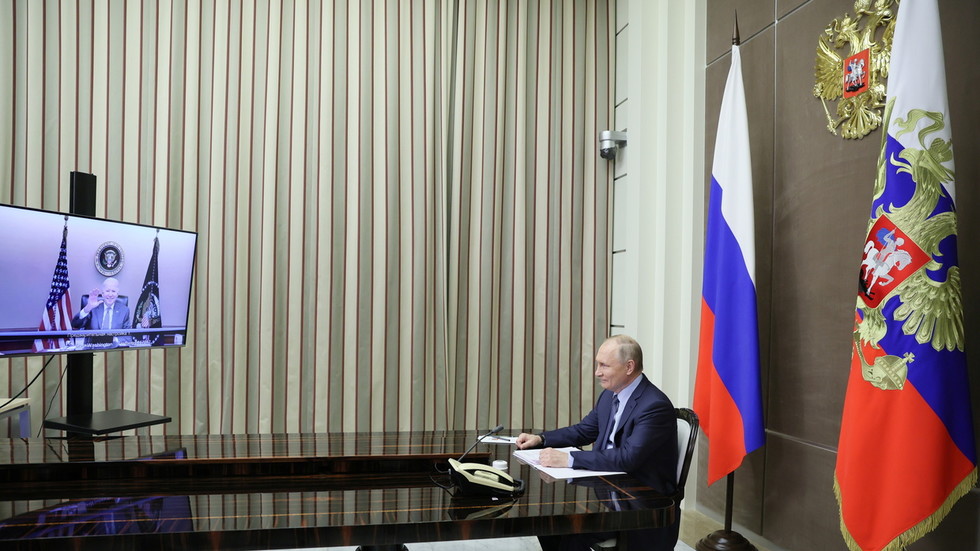 Russian President Vladimir Putin and his American counterpart Joe Biden could soon hold a second round of talks, the Kremlin has revealed, after the two leaders held negotiations over key topics, including Ukraine and NATO.

Russian President Vladimir Putin and his American counterpart Joe Biden could soon hold a second round of talks, the Kremlin has revealed, after the two leaders held negotiations over key topics, including Ukraine and NATO.

'The show (fairytale) must go on.' Earlier, the Russian president called upon NATO to enter into meaningful negotiations with the aim of giving Russia "reliable and long-term security guarantees"

Ambassador
FOTCM Member
John Helmer has an interview on Gorilla Radio out of Vancouver, BC.

The focus is current, and also looks to Ukraine and their Galician overlords controlling government (implications - Canada/US).

Here is a brief on the whole discussion:

80 years to the day from FDR’s famous “day that will live in infamy“, marking America’s entry into World War II the current U.S. president had a virtual sit-down summit with former ally Russia, ostensibly to discuss way of avoiding another war. The fire this time is Ukraine, and whether Russia, as the western press charges, is readying an invasion. For its part, Russia says its concern is with NATO expansion and the emplacement of offensive weapons by the alliance in bordering countries. Meanwhile, behind the media static is Nord Stream 2, the massive gas pipeline project from Russia that though completed is yet to transport a puff of power to energy hungry Europe.
Click to expand... Gorilla Radio with Chris Cook, John Helmer December 7, 2021 - Gorilla Radio is dedicated to social justice, the environment, community, and providing a forum for people and issues not covered in the corporate media.

Welcome to Gorilla Radio, recorded December 7th, 2021. 80 years to the day from FDR’s famous “day that will live in infamy“, marking America’s entry into World War II the current U.S. president had a virtual sit-down summit with former ally Russia, ostensibly to discuss way of avoiding another... 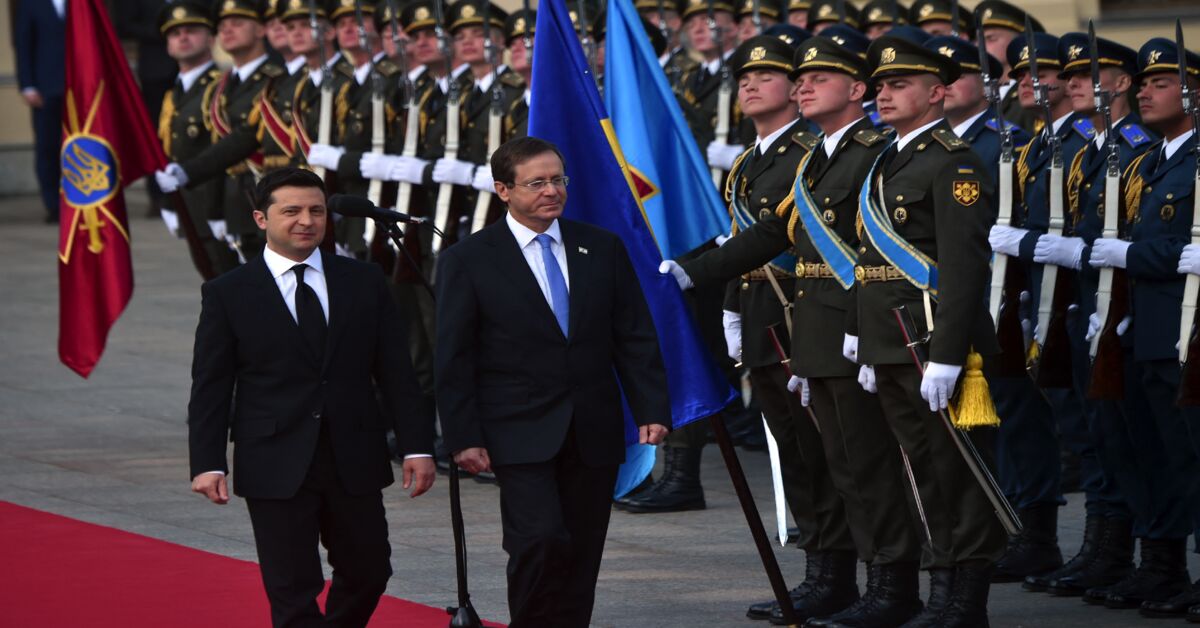 FOTCM Member
'We are entering to unknown waters, everything is possible.' 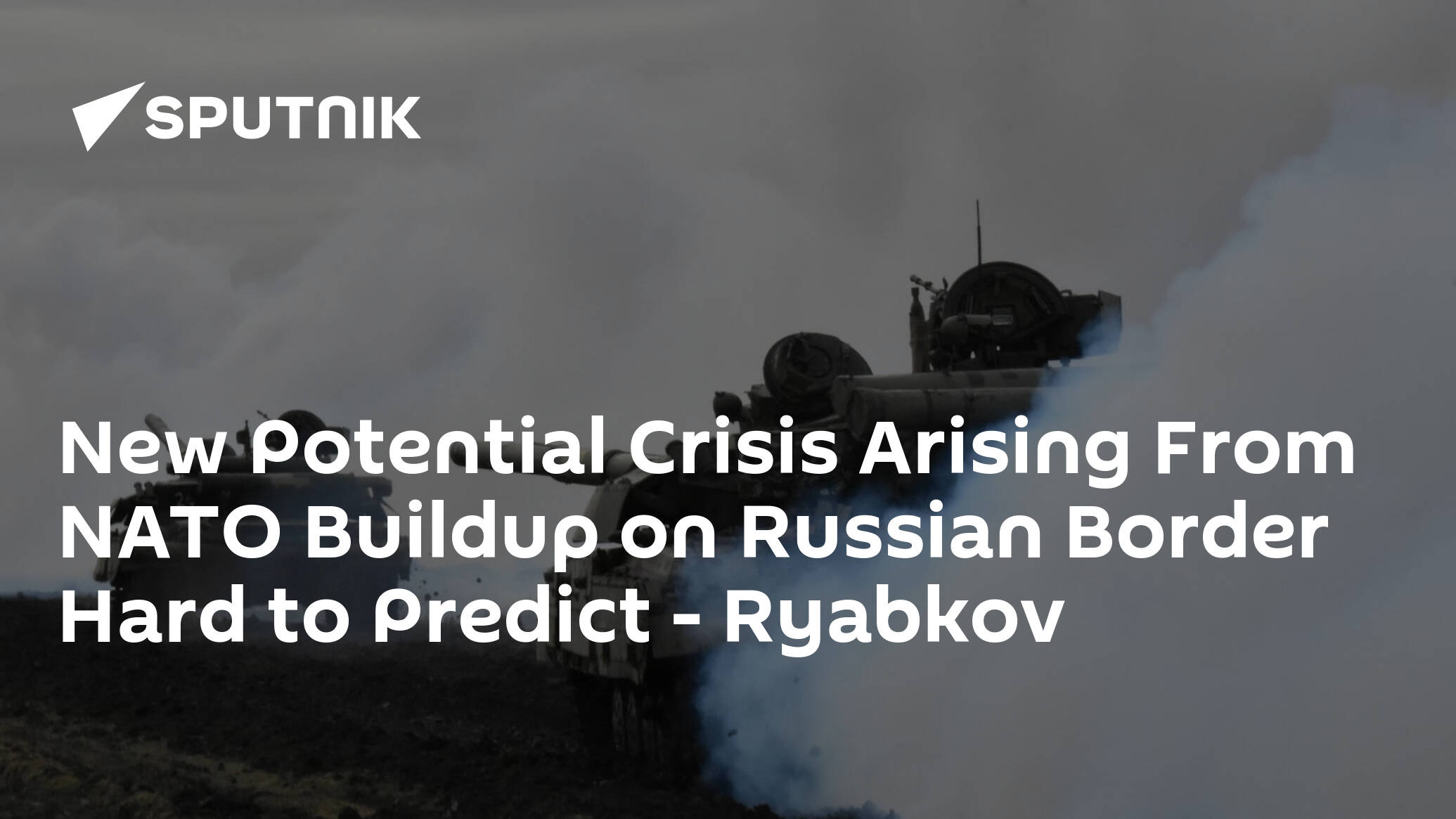 The activities of the US and NATO close to Russia's borders suggest that the situation risks escalating to the level seen during the Cuban Missile Crisis in 1962 (the Caribbean Crisis), and the consequences of such an escalation would be unpredictable, Russian Deputy Foreign Minister Sergei... 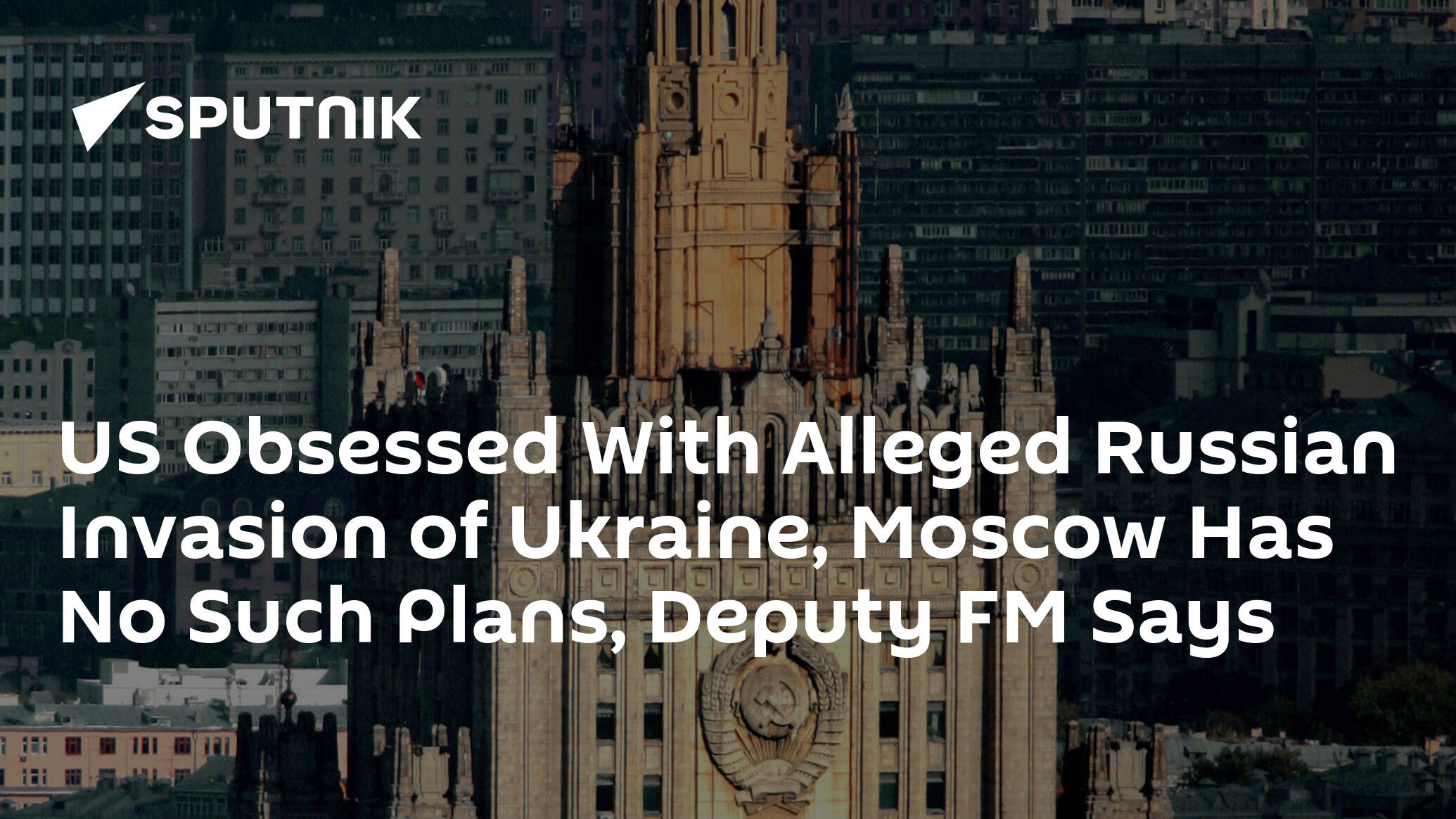 US Obsessed With Alleged Russian Invasion of Ukraine, Moscow Has No Such Plans, Deputy FM Says

MOSCOW (Sputnik) - The United States is strangely obsessed with the topic of an alleged Russian invasion of Ukraine, there is no such a thing and cannot be, Russian Deputy Foreign Minister Sergei Ryabkov told Sputnik.

While discussing the issue of NATO, Sergei Ryabkov pointed out that the missile systems previously banned by the Intermediate-Range Nuclear Forces Treaty (INF Treaty), may soon appear in Europe, though NATO allies assure that they have no intention of hosting nuclear weapons, there is no more confidence in the alliance.

"As for NATO's plans regarding the appearance in the European region of systems that were previously banned by the now-defunct INF Treaty, I would not like these plans to be developed and to be put into practice. By indirect indications, I can say that this is going on", Ryabkov said.

The creation of the so-called artillery command, which in the last century was in charge of the Pershing 2 medium-range systems, suggests that the US, together with its allies, is "preparing to repeat that sad experience in the new military-technical, technological operational base", the diplomat said.

"Assurances ... that NATO has no intentions to deploy such nuclear weapons do not convince us of anything. Firstly, there is no trust in NATO as an alliance in principle. We have found ourselves many times in a situation where one thing is announced today, the day after tomorrow another, a year later a third, and all this is done as if nothing had happened. And one of the reasons why Russia now at the highest level requires legal security guarantees is because all the assurances and even the obligations of a political nature have been 'overturned'", he said.

NATO allies act in such a way "as is beneficial and necessary for them, they do not want to reckon with the interests of our security", Ryabkov said.
Click to expand... 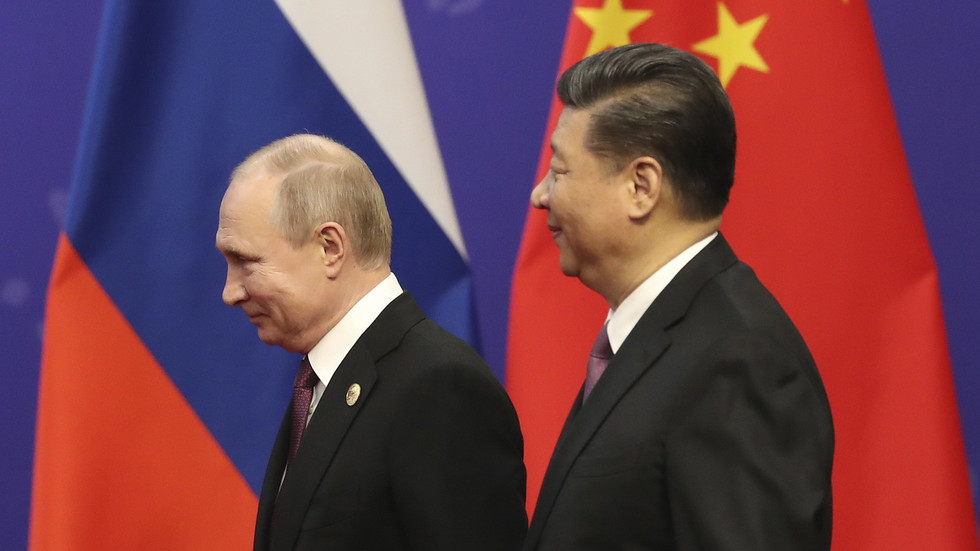 Putin & Xi set to talk as tensions flare with West

The leaders of the world’s largest country and its most populous are holding talks on Wednesday, with Moscow and Beijing publicly committed to strengthening their ties amid increasingly strained relations between East and West. 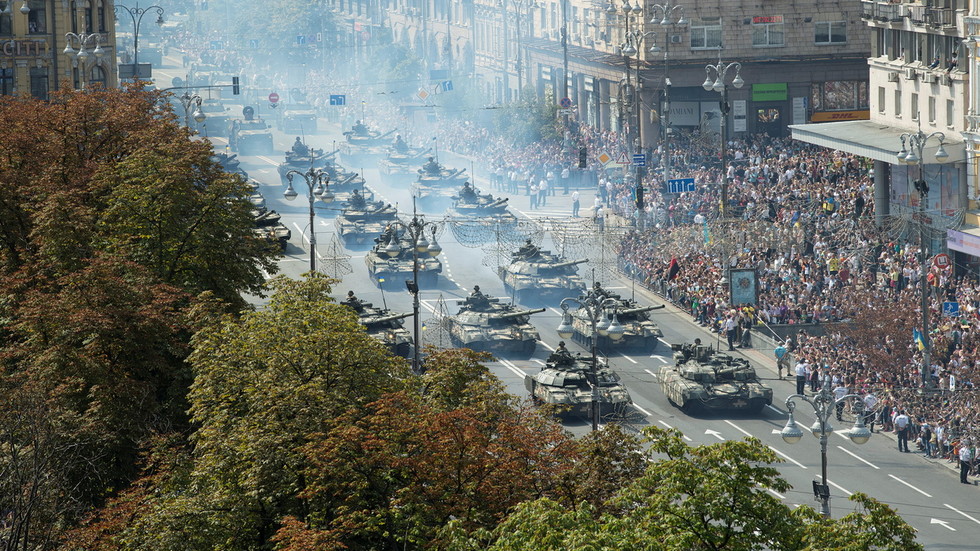 Ukraine is being “pumped up” with modern weapons, which pose a “direct threat” to Russia, President Vladimir Putin told his French counterpart Emmanuel Macron in a phone conversation on Tuesday. During an exchange of opinions on Tuesday, Putin and Macron also discussed the situation on the border between Poland and Belarus and the situation in Ukraine

FOTCM Member
'If NATO's withdrawal from Ukraine 'it's not on the table', Putin shouldn't meet Zelensky.' 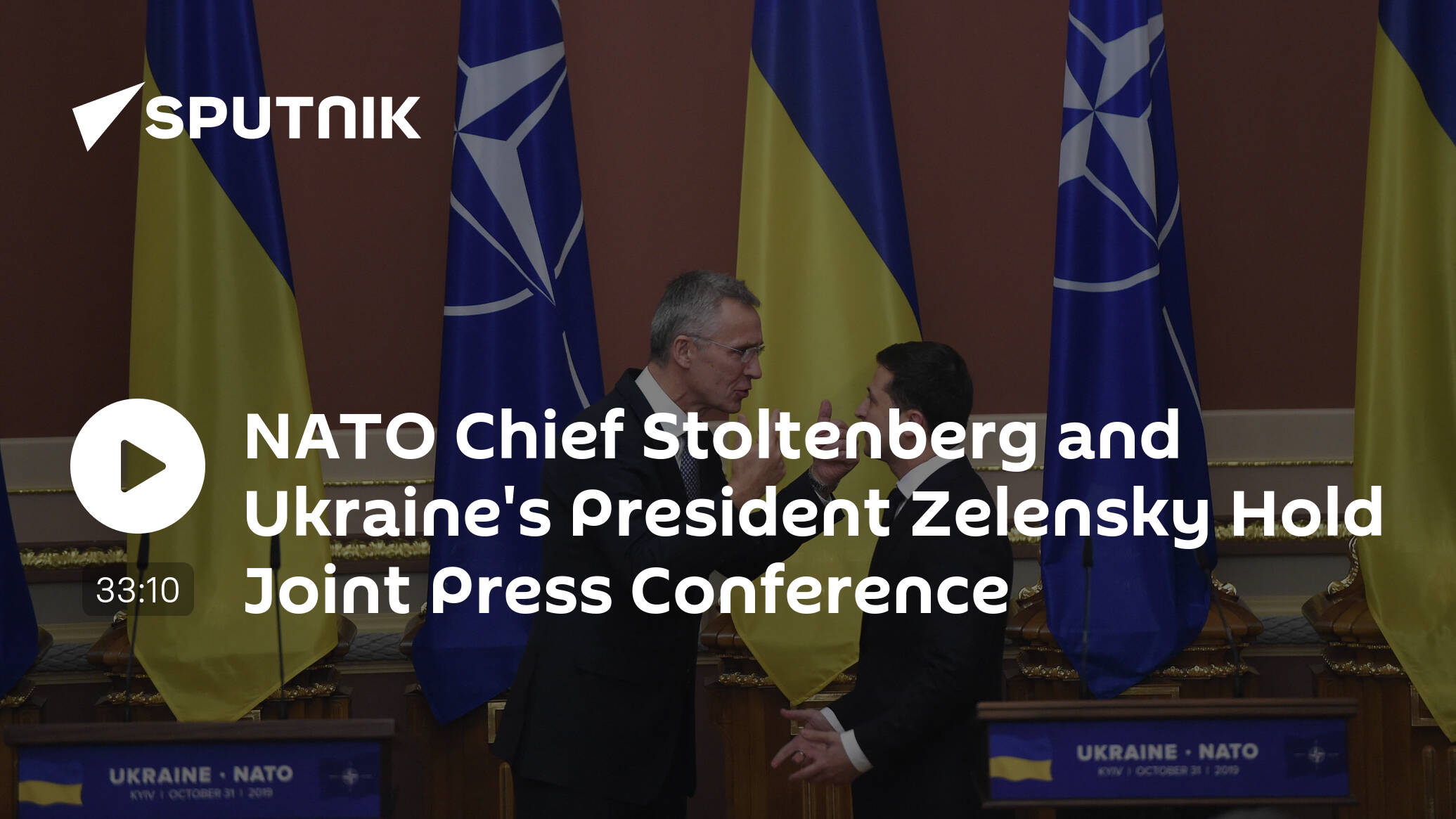 Volodymyr Zelensky arrived in Brussels to participate in the 6th Eastern Partnership Summit and to meet with NATO President Jens Stoltenberg.

So far, there is still no clarity about a possible agenda for such contacts, Dmitry Peskov explained FOTCM Member
'It's up to NATO: If Russia installs new weapon systems to its borders, it will be too late for asking questions.' 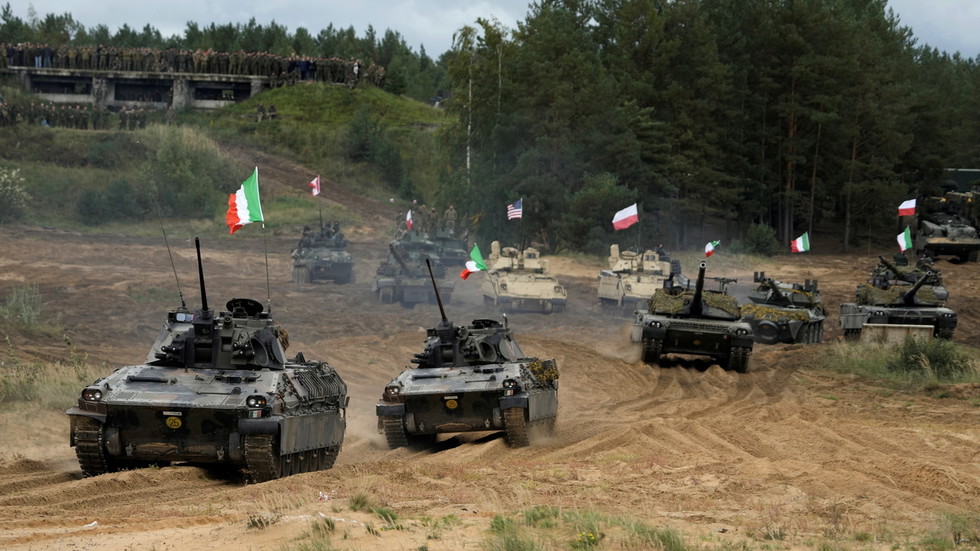 ‘The moment of truth has come’ for Russia & NATO – Moscow

Moscow’s new proposals for security guarantees are aimed at averting a potential military conflict with NATO, Russia’s deputy FM has said, noting that the country’s relations with the US-led bloc have reached a tipping point.

NATO’s talk about a threat from the east is the only reason holding the alliance together, Grushko stressed Earlier, the Belarusian foreign minister stated that Belarus was ready to host nuclear weapons on its soil if a threat emanated from NATO