Goemon_ said:
Captain Alexandre JUVING-BRUNET said yesterday on Launetv:
President Macron's security is ensured by the GSPR, the security group of the presidency of the republic, which is a hybrid unit, which is made up of police officers and gendarmes commanded in turn either by a commissioner or a colonel. So the Republican Guard of course has missions of securing the national palaces but in my opinion the Republican Guard does not have as its priority mission the protection of the president, I just wanted to say that. But the walls of the Elysée Palace.

I confirm that, thanks @Goemon_.
Just a little precision, The Republican Guard is about 3300 guards who mainly work for the gouvernment protection in Paris (Presidential palace, National Assembly, Senate, Ministries, Constitutional Council, etc.). Every day you have approx 30-40 guards who come to work at the Presidential palace for 24H but you also have permanent guards who work inside the palace H24 whose some work close from the president. Honestly, it's impossible that they decided to stop working there and nothing came about that in the news around here.

I don't understand why Mrs WONNER said that, especially sicne she is almost the only representative to fight for the people against covd1984. Her task is really hard and she's harassed all the time so this kind of statement can do only more harm to her and ot the cause she fights for.

Anyway, I tried to look for more information and here what I found in the mainstream media
La Depeche
CNEWS

Just read this article from the L.A. Times: 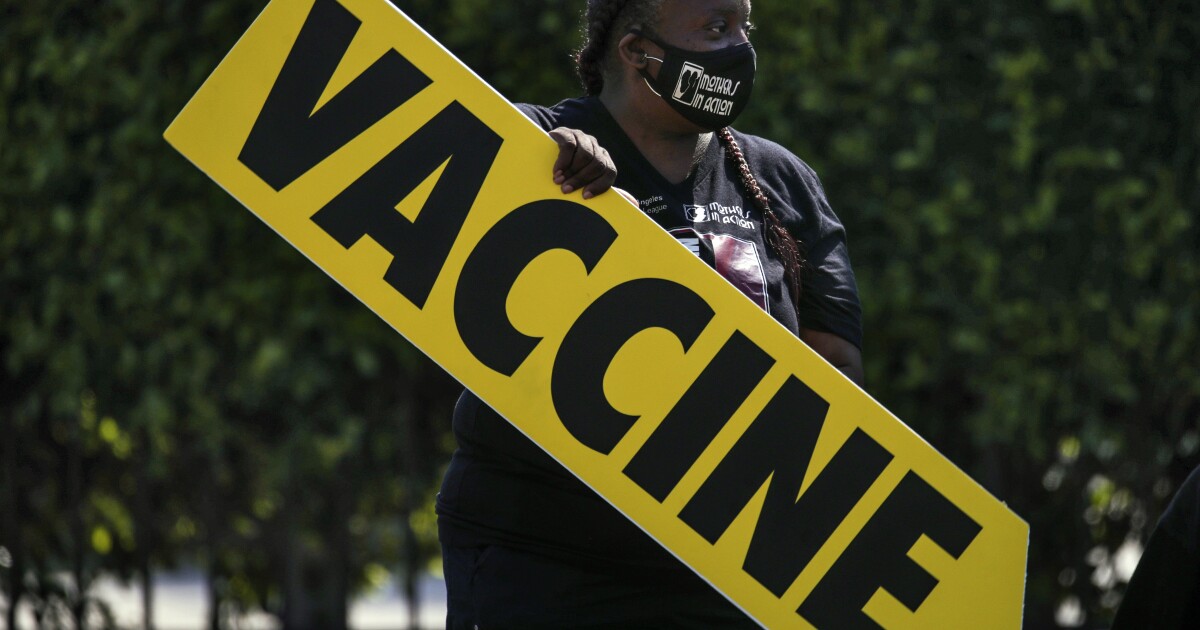 Vaccinated people can get 'breakthrough' infections: How worried should we be?

In June, 20% of Los Angeles County’s coronavirus cases were among fully vaccinated residents. But that doesn’t tell the full story.

There seems to be so much disinformation out there, it's hard to know who or what to believe.

cope said:
For example, HIV alone does not cause AIDS. To develop AIDS, you need multiple environmental toxins like glyphosate, aluminum or a coinfection of HIV and XMRVs. Again, XMRVs are found in vaccines that have been grown in animal tissue.
Click to expand...

This reminds me of the book Virus Mania that attributed virus deaths to environmental toxins instead of HIV, polio, mad cow, etc.
H

They know people are clueless to the seasonality of flu illnesses and the statistical characteristic of it each year. Hence it will be extremely easy for them to time their "preventive measure" to this seasonal behavior of flu. They will gradually (as they are now) keep raising daily "case" numbers reported on TV and Radio to magically match the expected rise of people having a cold or the flu. The pent-up paranoia from over a year of conditioning will trigger in the people's minds that that strange feeling in the throat they might have "must probably be Con-21".

Why this flu season is so bad​

Flu is a viral respiratory disease, and it leads to nasty fevers, headaches, coughs, muscle pains, and runny noses that make many people miserable in the fall and winter.

There are four species of influenza viruses — A, B, C, and D — and seasonal flu is caused by influenza A and B. Every year, different strains of these viruses circulate. The reason this year’s flu season is more severe than usual is because it involves the dreaded H3N2, a strain of the influenza A virus that causes more health complications and is more difficult to prevent.

H3N2 hits people harder than other seasonal flu strains and can be especially deadly among vulnerable groups like the elderly and children. Researchers still aren’t sure why, but they’ve found that a flu season involving the H3 virus is generally nastier — with more hospitalizations and flu-related deaths — than seasons involving mostly H1N1 or influenza B viruses.
Click to expand...

They can play this game every year. 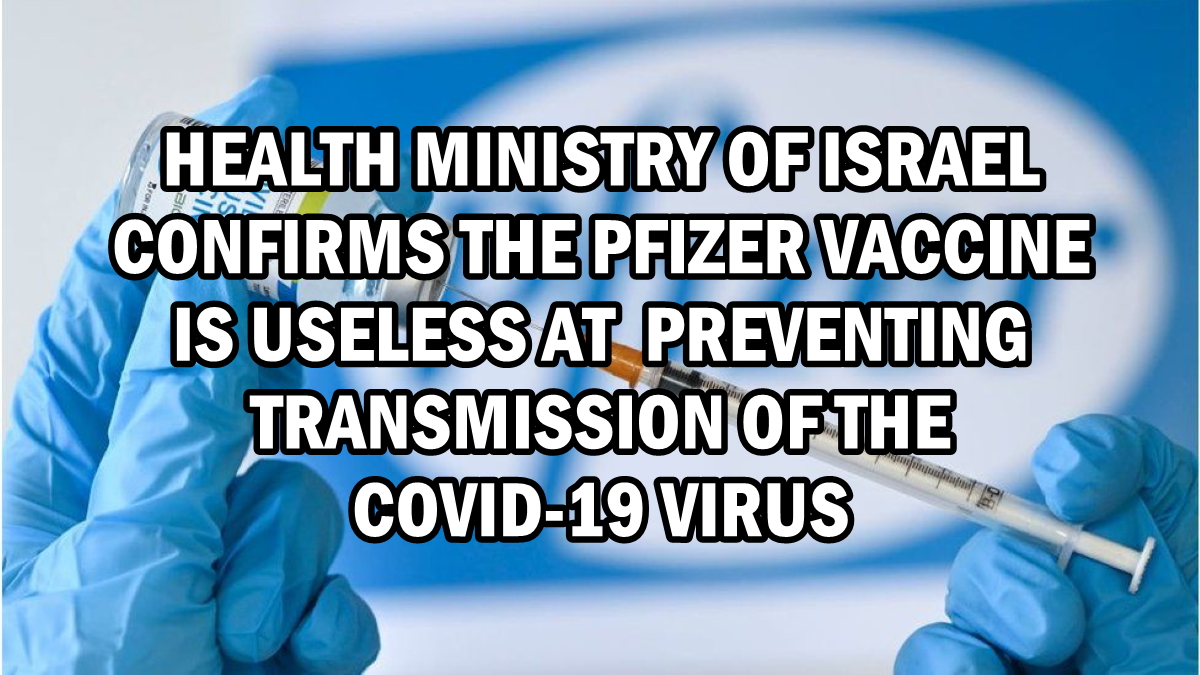 The effectiveness of the Pfizer vaccine against Covid-19 has dropped to 39 percent in Israel, the country’s Ministry of Health said on Thursday, 22nd July 2021. The Pfizer vaccine is also only 41 p…

Of the Pfizer injection never was anything but 0.8%… but hey, who is counting.

Moderator
FOTCM Member
Here's something rather curious: two announcements in two different countries detailing hospitalised coronavirus patients, the one in the UK states that 60% of patients were double vaccinated, the one in Australia states that all but one were vaccinated, both speakers later retract their statements:

And earlier VIPs, world leaders, dignitaries and politicians hang out at their Olympic soirée. The virus has learnt to stay away from such events. Leaders from around 15 countries and international organizations are slated to visit Japan for the opening ceremony of the Tokyo Olympics, the government's top spokesman said Wednesday, down from the roughly 40 that attended the same event for the Rio de Janeiro Games in 2016. Chief Cabinet...

itellsya said:
Here's something rather curious: two announcements in two different countries detailing hospitalised coronavirus patients, the one in the UK states that 60% of patients were double vaccinated, the one in Australia states that all but one were vaccinated, both speakers later retract their statements:

Thanks but The 3 first ones have already been deleted!
C

hlat said:
This reminds me of the book Virus Mania that attributed virus deaths to environmental toxins instead of HIV, polio, mad cow, etc.
Click to expand...

Thats just reminding. Judy is not a virus denier:

Judy's seminal work with Frank was finding the actual reservoir in which the HIV virus lived, which was the mono site macrophages. If I understand Andy Kaufman's claims, I think he's throwing out the baby with the bath water. Judy is showing how the virus cause damage and how the establishment is wrong, and how some of these alternative people are missing part of the argument as well.”
Click to expand...

After December 31, 2021, CDC will withdraw the request to the U.S. Food and Drug Administration (FDA) for Emergency Use Authorization (EUA) of the CDC 2019-Novel Coronavirus (2019-nCoV) Real-Time RT-PCR Diagnostic Panel, the assay first introduced in February 2020 for detection of SARS-CoV-2 only.
Click to expand...

Elohir said:
Thanks but The 3 first ones have already been deleted!
Click to expand...

They still show for me but perhaps that's because i already watched them.

Here's another from the UK stating that 60% figure:

Get this: in Germany, the message now changed to "the tests have too many false negatives, therefore we shouldn't allow those tested negative to participate in stuff, but ONLY the vaccinated". So now all of a sudden those tests you relied on to justify the nonsense are not reliable!? We are literally in 1984 now, where one day they say one thing, the next day they say the opposite, and everyone goes "yeah, that's what always was true!" Mind-boggling.

There's clear escalation in what's going on. To be honest, this whole thing is moving into the absurd where it feels like they can supposedly say anything and people will believe it. My question is, will people believe it though? I mean, how DUMB are people? Surely there's a limit to how dumb people are? After all, most of people have had to work to develop some sort of skill or navigate the world which means they have some latent intelligence?

So my theory is the absurdity of what they are pushing now will become more obvious to more and more people. We won't know this though because the PTB create the impression that their narrative is the more dominant and that the majority believe it.

This whole current ordeal in my view is to create maximum psychological pressure on the unvaccinated. They want you to feel PERSONAL fear the same way they used the psychological warfare of covid to make people feel PERSONALLY vulnerable of dying from it. The greater one feels this sense of personal fear, the greater they are to comply. This is the game.

Here's the other thing we need to remember. It's one thing to get someone to take an injection because they are scared of getting a disease, it's another thing to get people en-masse across multiple countries to seemingly discriminate against other people, the vast majority of who are healthy. For their control system to work, all the employees of all these places will need to essentially act against their sense of humanity. They will need to get comfortable in knowing they are participating in a discriminatory system. Anyone of these people who ever talk against racism, sexism whatever ism can be called a hypocrite because they will themselves be perpetuating a new form of an ism.

To continue, people aren't so stupid that they can't see or notice the above regardless how much the PTB want to build the rationalisation for creating such a system. The first step in such things is in making the target population appear LESS human or a danger to the wider society. This is the same formula that was used to discriminate against any group in history and most people should know it and can be called up on it and made to face the horror of what they are participating in if they choose to participate in that.

The final thing is that everyone to one degree or another will feel their freedom go away and it won't really come back. Having to show a passport to go to a coffee shop isn't freedom. With this in mind, the people who will fight for their freedom won't disappear. If people so easily surrendered their freedoms, none of us would have the privileges we have today. That means the PTB have not yet been successful in creating total enslavement on the planet and I think the odds are against them this time too.

Last but not least, soon all the vaccine injured will also break into mass public awareness and that will be a new item that will screw up their narrative.

At the end of the day, it feels like the PTB will run with their plan because there is the feeling they can't be stopped and really they can't be stopped from legislating against whatever really. However, the problem will come when it's time for mass implementation. When you ask for people to discriminate against other people so openly then you run into some headwinds. When you ask for people to ignore their humanity, then you're essentially asking for the majority of humans to take on a psychopathic nature and I don't know if the majority have it in them to do that. Maybe it worked for the NAZIs because they had something in their nature to make it easy to take on such a cold nature but not all races or groups will so easily take on such an absurdity.

So let's wait and see how far they can push people into absurdities and people don't even know or recognise. People are dumb but they surely aren't THAT dumb!!!

SOTTREADER said:
So let's wait and see how far they can push people into absurdities and people don't even know or recognise. People are dumb but they surely aren't THAT dumb!!!
Click to expand...

This is a life-size Milgram experiment (among others)!

Laura said:
A: Things will get worse before they get better. Stay alert and use knowledge!!! Goodbye.
Click to expand...