Here’s the meeting ID for the Au-Asia-Am meeting. We will start in 30 minutes.

Below are the links for the recent Aus-Asia-Am group workshop for From Paul to Mark: PaleoChristianity

Here's the video of the last meeting

We will read the remainder of Chapter 5: Paul's Mission for our next meeting on Saturday 10 December at 7 pm Sydney time (+11 GMT) if it suits everyone, pending their schedules. We will then reconvene in the New Year.

See you all then!

PS: Here is the link to the slideshow

FOTCM Member
I will not be able to join the reading workshop today. I am behind on some house work. Have a great meeting everyone.

FOTCM Member
Hi everyone, so for next week's EU-AM workshop we will pick up where we left off on page 199 in the book:

up to and including 'The Testimonium Flavianum,' which ends on page 213.

Ambassador
FOTCM Member
Hello everyone! Here are the links:

FOTCM Member
The strong wind and rain didn't stop people in charge of our school system to cancel mandatory school trip to mass graves, so my son got sick. I hope you're having a great time today, special greetings @Redrock12 I hope you've recovered☺️

FOTCM Member
Hey everyone, so for next week's reading workshop of Sunday 11th December, we will pick up where we left off, and start with the sub chapter The Testimonium Flavianum on page 206 of the book, and read up to the end of the sub chapter Josephus and Paul? on page 226.

Please note that next week's workshop will be our last one of the year. After the holiday break we will reconvene on Sunday 8th January 2023.

Ambassador
FOTCM Member
Hi Aus-Asia-Am group, just a reminder that our last meeting for the year is this coming Saturday 10 December at 7 pm Sydney time (+11 GMT), and we will then reconvene in the New Year.

Hope you can make it (I know it’s a busy time of year)! See you then!

Here’s the meeting ID for the Au-Asia-Am meeting. We will start in 30 minutes.

Another passing topic was the Hebrew and Jewish, Shekhinah:

The word shekhinah is not present in the Bible, and is first encountered in the rabbinic literature.
Click to expand...

Shekhinah, also spelled Shechinah (Hebrew: שְׁכִינָה Šəḵīnā, Tiberian: Šăḵīnā)[1] is the English transliteration of a Hebrew word meaning "dwelling" or "settling" and denotes the presence of God, as it were, in a place. This concept is present in all Abrahamic religions, particularly in Judaism, Christianity and Islam.[2]

The Hebrew Bible mentions several places where the presence of God was felt and experienced as a Shekhinah, including the burning bush and the cloud that rested on Mount Sinai. The Shekhinah was often pictured as a cloud or as a pillar of fire and was referred to as the glory of God. The Shekhinah was also understood to be present in the Tabernacle and the Temple in Jerusalem, and to be seated at the right hand of God.

The word shekhinah is not found in the Bible and is Talmud and Midrash, though not in the Mishnah.
Click to expand...

Manifestation
The prophets made numerous references to visions of the presence of God, particularly in the context of the Tabernacle or Temple, with figures such as thrones or robes filling the Sanctuary.[16] These visions have traditionally been attributed to the presence of the shekhinah.[citation needed]

The shekhinah is referred to as manifest in the Tabernacle and the Temple in Jerusalem throughout rabbinic literature.

It is also reported as being present in other contexts:

The concept of shekhinah is also associated with the concept of the Holy Spirit in Judaism (ruach ha-kodesh)
Click to expand...

In Holy Spirit in Judaism there is:

Psalm 51 contains a triple parallelism between different types of "spirit":
Fashion a pure heart for me, O God; create in me a steadfast spirit (רוּחַ נָכֹון‎). Do not cast me out of Your presence, or take Your holy spirit (רוּחַ קָדְשְׁךָ‎) away from me. Let me again rejoice in Your help; let a vigorous spirit (רוּחַ נְדִיבָה‎) sustain me.[5]
Click to expand...

"Spirit of God"
Variations of a similar term, "spirit of God", also appear in various places in the Hebrew Bible. The Hebrew noun ruacḥ (רוח‎) can refer to "breath", "wind", or some invisible moving force ("spirit").

The following are some examples of the word ruacḥ (in reference to God's "spirit") in the Hebrew scriptures:[6]

The topic came up around a time when we were talked about:

It is clear that Paul not only believes in these angels, but also in the multi-layered universe … For he tells of a Christian who was ‘caught up into the third heaven’ and also ‘into paradise and heard words so secret that human lips may not repeat them’ (II Cor. xii, 2–5, NEB). The continuation shows that this man was Paul himself.
Click to expand...

FOTCM Member
On top of all Thank You's of yesterday's workshop, I wanted to, and I think I speak for all of us, once again thank you so much, dear Luis, for being such an excellent host of the EU/AM reading workshop, you're a star! And a big thank you to all participants as well of course, as for me, all of you together truly make this learning fun! 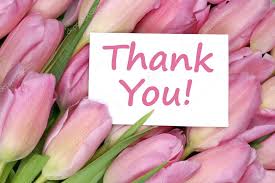 So, we will reconvene on Sunday 8th January and pick up where we left off on page 226 of the book, with sub chapter "Robbers, Pirates, Brigands and Tyrants" and read up to sub chapter "Paul's Theology" on page 245 (which is in Chapter 5).

If I don't see you before, a very merry Caesarmas to all and a very happy 2023, wait and see what it brings! Big hugs to all