I IDENTIFY as Vaccinated

You must respect and uphold my identity!
H

The best place for this information is in Humor/Comedy section !!! Look me deep in the eyes
Say after me...

I thought this was funny in a weird way...


It goes something like this...
"New deadly, contagious rabbit virus detected in Ontario for first time" 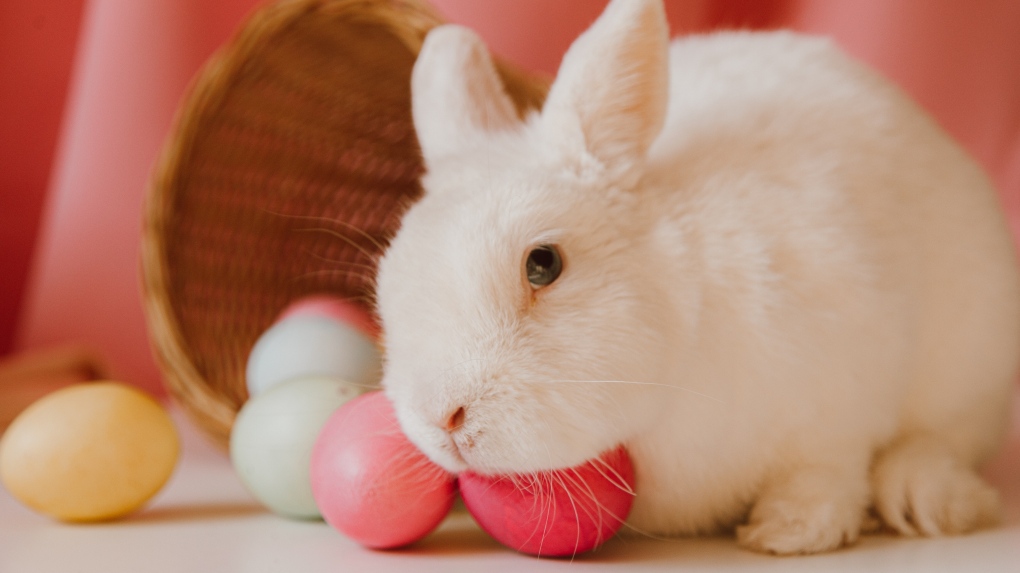 "This is the first time RHDV-2 has been diagnosed in Ontario," the Canadian Food Inspection Agency (CFIA) said in a statement to CTVNews.ca. "The origin of the infection is not known at this time."

The infected pet rabbits were in the same household, which was placed under quarantine after the diagnoses.

"An investigation has been completed and no high risk contacts have been identified that could result in spread of the disease from this premise," the CFIA spokesperson said. "The CFIA is collaborating with the province and continues to monitor the situation."

According to the CFIA, rabbit hemorrhagic disease "is a sudden, highly contagious and fatal viral disease" that's spread through contact with infected bodily fluids, feces and objects. Symptoms include fever, loss of appetite, blood spots in the eyes, frothy and bloody discharge from the nose, and neurological signs like difficult walking and paralysis.

"After being exposed to the virus, rabbits usually become sick within one to five days," a CFIA fact sheet explains. "Death is common after a short period of illness. Death may also occur suddenly without signs."

The CFIA says pet rabbits and European breeds are most at risk of infection. Anyone who suspects their rabbit is ill with rabbit hemorrhagic disease should immediately contact their veterinarian.

"The best way for owners and producers to protect their rabbits is to routinely follow strict biosecurity measures as outlined on our website," the CFIA spokesperson told CTVNews.ca. Those measures include thoroughly disinfecting equipment and restricting contact with animals.

Rabbit hemorrhagic disease vaccines are available in Europe and the U.S, but not commercially approved in Canada. Canadian veterinarians are able to request vaccines through the CFIA. In 2018, vaccines were imported from France amid an outbreak in B.C.

Although consumption has been steadily declining in Canada, rabbit meat is not uncommon in countries like China, Italy, Spain and France. According to Statistics Canada, there were nearly 1,500 rabbit farms in Canada in 2021, down from almost 6,400 in 1996; Ontario has the most.

"While meat from rabbits infected with [rabbit hemorrhagic disease] is not known to cause illness in humans, the handling and movement of their meat can contribute to the spread of the virus," the CFIA fact sheet states. "Since the virus is very resistant in the environment and survives temperature extremes, including freezing, anyone handling rabbits or rabbit meat is strongly encouraged to follow good hygiene practices."

Rabbit hemorrhagic disease is found throughout Europe and in Australia, New Zealand, Cuba, and parts of Africa and Asia. Outbreaks have occasionally occurred in Canada and the U.S., including in 2011, 2016 and 2018.

"Rabbits can become infected by direct contact with other infected rabbits or by contact with the virus in their environment, including bedding, housing, dishes, insects such as flies and mosquitos, etc." a spokesperson from the Ontario Ministry of Agriculture, Food and Rural Affairs told CTVNews.ca. "People can accidently bring the virus into the home on clothing and footwear. RHDV-2 can also be transmitted on fresh or foraged feed and hay that comes from an endemic area."
Click to expand...

I found this on Dr Tenpenny’s Telegram channel (originally from a Ted Nugent) and thought it was cool articulated:

The government shut down your job, destroyed the value of your dollar, made you wear a useless mask, stopped any alternative treatments of COVID, and told you to take the “vaccine” or be fired.

And you didn’t get mad until gas prices got high. You’re the problem.

The joke is on those who believe this.

It's beyond stupid, it literally hurts

More examples of all-time low water marks in the profession of propaganda 'journalism'™.

Administrator
Moderator
FOTCM Member
"At first sight you may be suffering from an arrow in your head, but to be sure, you will do a Covid test"

Moderator
FOTCM Member
It looks like Larry the cat from 10, Downing Street is going to resign too!

“I can no longer, in good conscience, live with this Prime Minister. Either he goes, or I do,” wrote Larry on Twitter.
Click to expand...